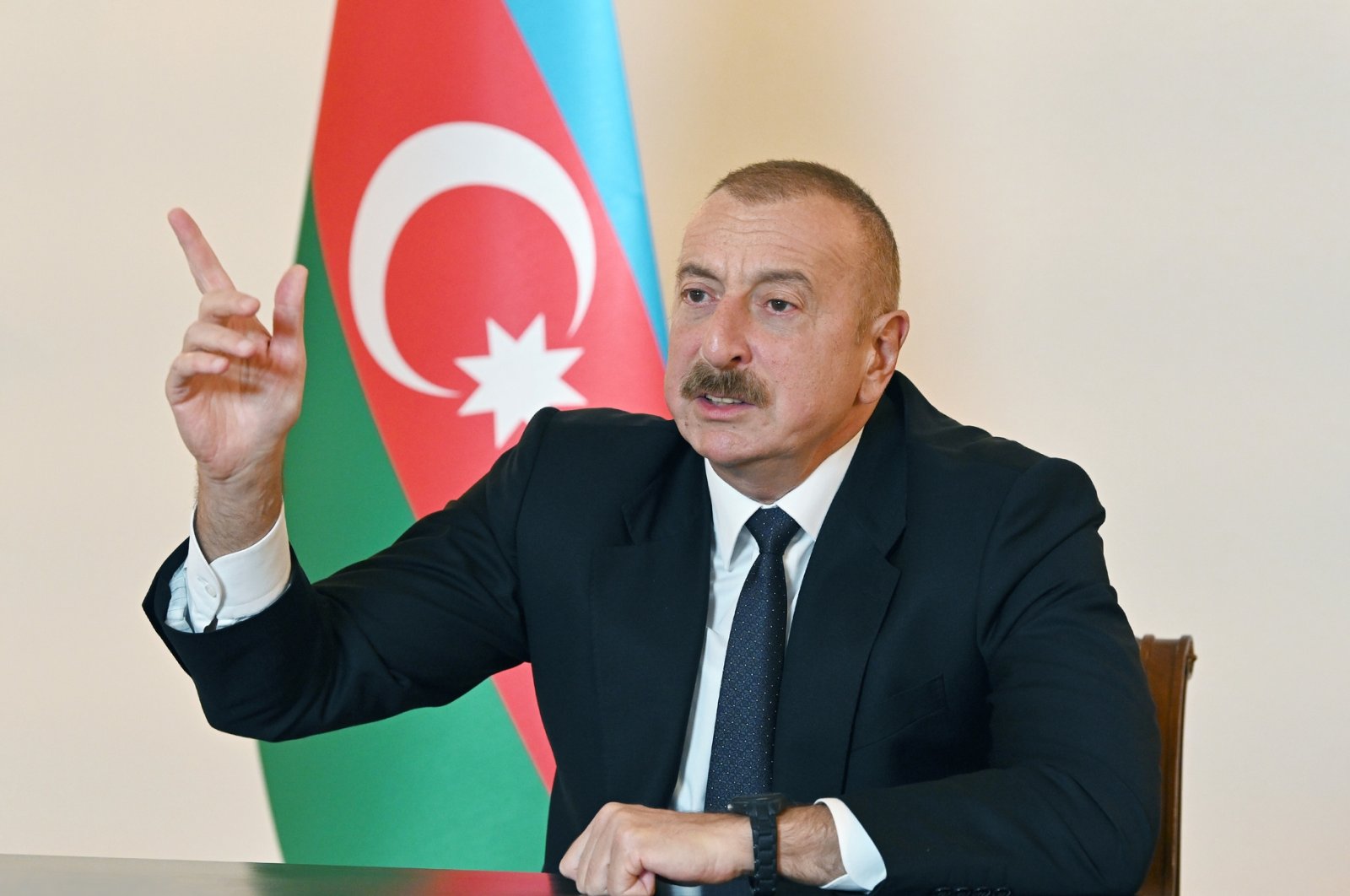 Azerbaijani President Ilham Aliyev said Wednesday that Armenia was trying to attack oil and gas pipelines in Azerbaijan and that the outcome will be severe if Armenians try to take control of them.

"Armenia is trying to attack and take control of our pipelines," Aliyev said in an interview with Turkish broadcaster Habertürk. "If Armenia tries to take control of the pipelines there, I can say that the outcome will be severe for them."

Last week, Armenian forces launched a missile attack on the Baku-Tbilisi-Ceyhan (BTC) oil pipeline in the city of Yevlakh.

The BTC pipeline delivers Azerbaijan's light crude oil – mainly from the Azeri-Chirag-Gunashli field – through Georgia to Turkey's Mediterranean port of Ceyhan for export via tankers.

Azerbaijan had described the attack as a "terrorist act" and highlighted the pipeline's important role in Europe's energy security.

Instability in this region has the potential to directly affect the BTC crude oil pipeline, the Southern Natural Gas Pipeline and the Baku-Tbilisi-Kars railway.

Aliyev also said that Turkey should participate in talks on the Armenian-occupied region of Nagorno-Karabakh and that the conflict cannot be solved without Ankara's involvement.

He added that Azerbaijan has Turkish F-16 jets but that they were not being used in the Nagorno-Karabakh conflict between Azerbaijani and Armenian forces.

Nagorno-Karabakh has seen heavy fighting over the recent weeks which has claimed the lives of 600 people, including civilians. The region is considered by the United Nations and international law to be part of Azerbaijan.