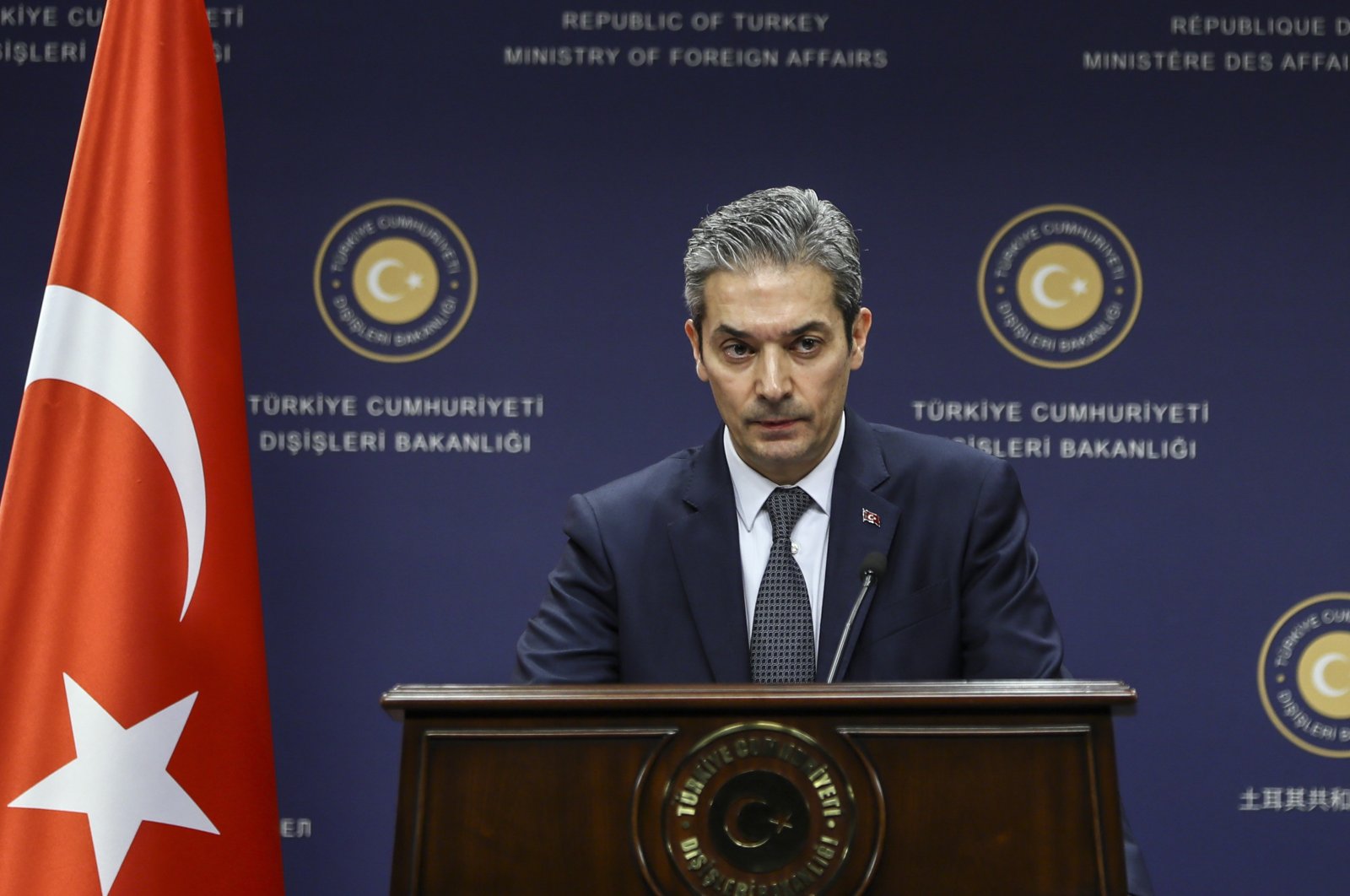 Ankara on Tuesday slammed the recent remarks against Turkey by France's foreign minister.

"By targeting Turkey in his interview with 'Le Monde' newspaper, French Minister for Europe and Foreign Affairs Jean-Yves Le Drian is trying to cover up the desperate situation that France is facing due to the coronavirus crisis," Hami Aksoy, spokesman for the Turkish Foreign Ministry, said in a written statement. In his interview, Le Drian criticized Turkey's activities in Libya and the eastern Mediterranean.

In response to a question regarding Le Drian's statements, Aksoy said, "It appears that the help extended by Turkey during these dark times as a true friend has created discomfort in France who could not help its European neighbors during their most difficult days."

"In fact, it is France who is supporting terrorist organizations in Syria, backing the forces against the legitimate regime in Libya, eroding the solution dynamics of the Island and persistently ignoring the rights of the Turkish Cypriots and trying to implement sanctions on its ally, Turkey," the statement added.

Aksoy said that by supporting putschist Gen. Khalifa Haftar’s forces in Libya, France is preventing the cessation of the Libyan people's suffering.

"Let us not forget that in contradiction with Resolution No 2259 of the United Nations Security Council, by supporting Haftar, who believes that the only solution to the crisis in Libya is through military means, sabotages all cease-fire efforts, bombs hospitals even during these epidemic days, blocks Libya's only income, which is oil production and cuts water lines, France is preventing the cessation of the Libyan people's suffering," he added.

Since the ousting of late dictator Moammar Gadhafi in 2011, two seats of power have emerged in Libya: Haftar in eastern Libya, mainly supported by Egypt and the United Arab Emirates, and the Government of National Accord in Tripoli, which enjoys U.N. and international recognition.

Aksoy said Turkey recommends France focus primarily on maintaining the health of the French and European people and relieving their wounds in the face of the COVID-19 outbreak.

"(The) French Government, by pulling away from its ambition for competition, must give up seeing Turkey as a threat for Europe's welfare and security," said the statement.