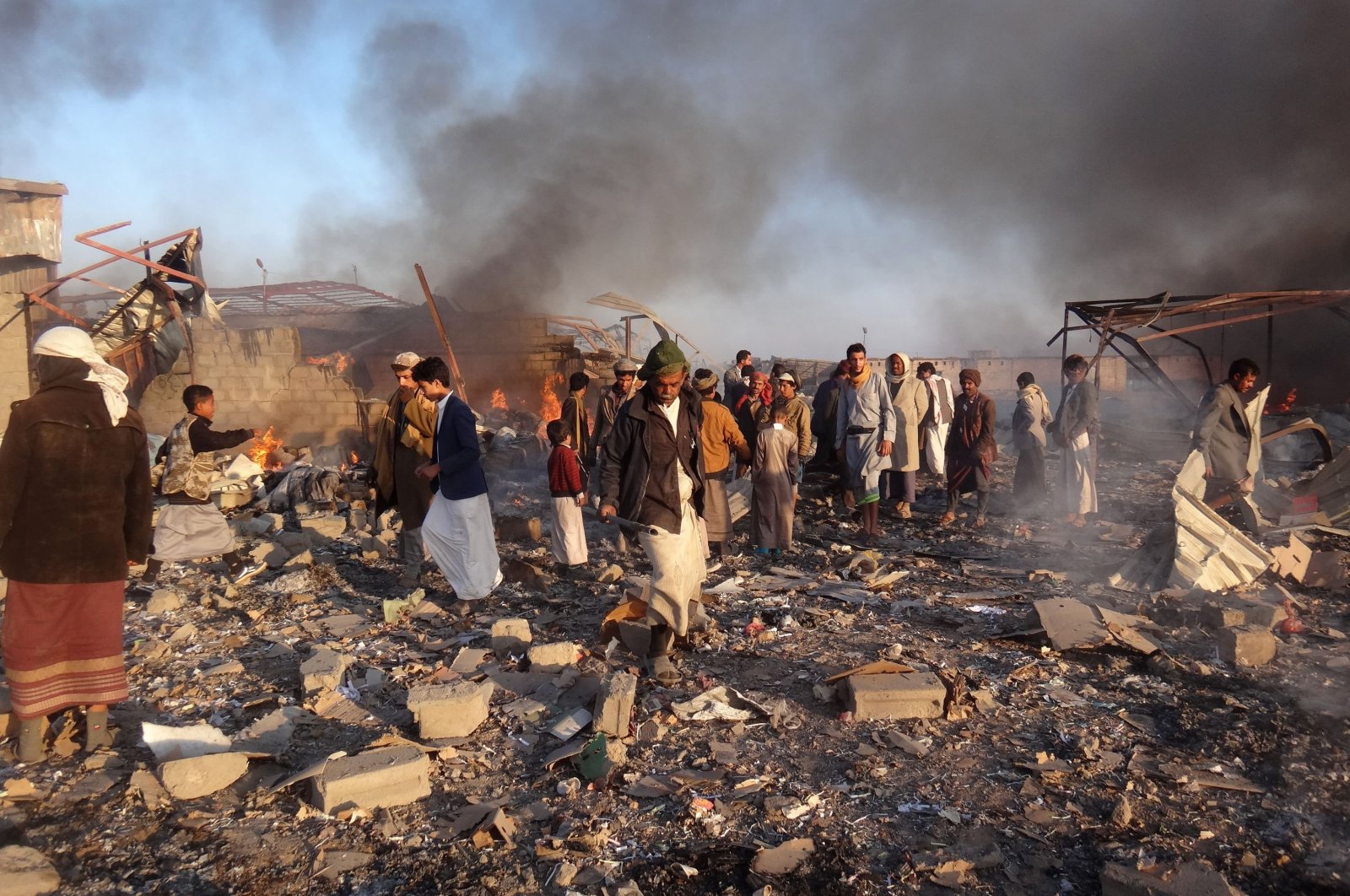 Smoke rises as Yemenis inspect the damage at the site of airstrikes in the northwestern Houthi-held city of Saada, Jan. 06, 2018.
by DAILY SABAH WITH AA Dec 28, 2020 11:56 am
RECOMMENDED

Turkey on Sunday welcomed Yemen's new government after it was sworn in recently in the Saudi capital, Riyadh.

"We hope that this development will contribute to the resolution of the conflict and the humanitarian crisis that has been going on for over six years," the Turkish Foreign Ministry said in a statement.

The conflict in Yemen has turned into an "unprecedented" human tragedy exacerbated by the impact of the COVID-19 outbreak, the statement added.

"As a consequence, finding a lasting political solution to the conflict in the country has become an urgent necessity," it said.

Turkey supports the resolution of the conflict on the basis of United Nations Security Council resolutions and the determination of international parameters through dialogue and constitutional legitimacy, respecting the political unity and territorial integrity of Yemen, it added.

Yemen's new Cabinet, led by Prime Minister Maeen Abdul Malik, was formed under the Riyadh Agreement between the Yemeni government and separatist Southern Transitional Council (STC), which is backed by the United Arab Emirates (UAE).

On Dec. 18, the Yemeni Presidency announced the formation of a power-sharing government made up of 24 ministers selected on an equal basis between northern and southern provinces as stipulated in the Riyadh Agreement. The new government includes five ministers from the STC.

The Riyadh Agreement was signed between the Yemeni government and the STC in November 2019 under the sponsorship of the Saudi-led coalition, putting an end to military clashes between forces of both parties.

According to the U.N., due to the war, currently Yemen faces the world’s worst humanitarian crisis. The war that has ravaged the country since 2015, largely seen in the region as a proxy war between Saudi Arabia and Iran, has killed over 233,000 people, including many civilians, and destroyed the economy and vital infrastructure. Accordingly, the country is now on the brink of what could be the world’s worst famine in over 100 years.