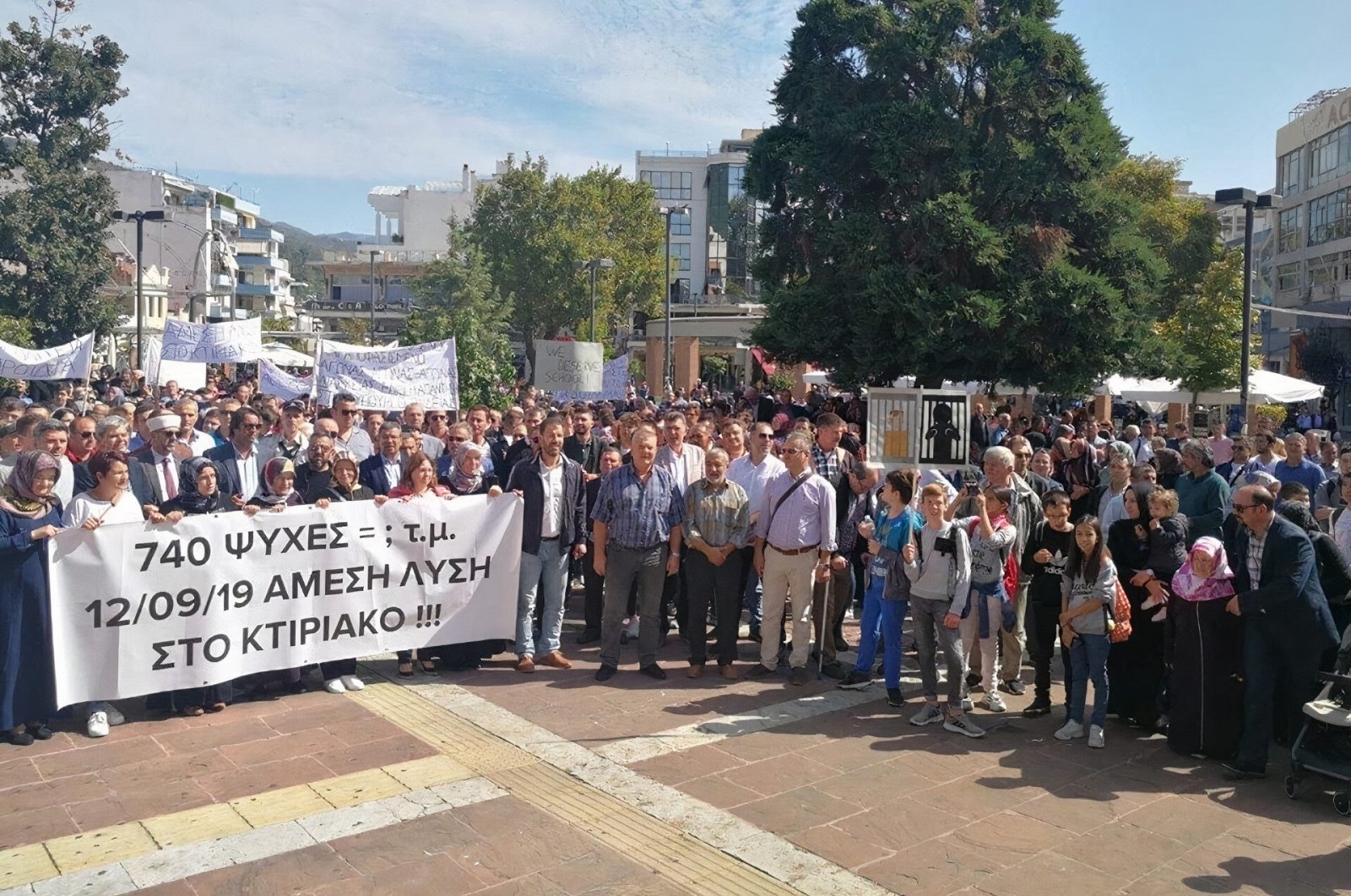 The Turkish Foreign Ministry on Saturday urged Greece to respect the identity and rights of the Turkish minority in Western Thrace.

The Turkish Foreign Ministry shared on Twitter a statement by the Western Thrace Turkish Minority Advisor Board that condemned Greek Prime Minister Kyriakos Mitsotakis' remarks during a videoconference on May 18 in which he called the village of Pasevik "Pomakohoria" (a Pomak village) and minority Turkish children "Ellinopula" (Greek children).

"We see this attitude as a denial of our legitimate identity against the demands of the minority. We call on the (Greek) government to abandon such imposing policies and to be more constructive about the freedom of expression of the minority," the statement added.

The Turkish Foreign Ministry also invited Greece "to end the denial of the Turkish identity of our kinsmen living in Greece and to implement the ECtHR (European Court of Human Rights) rulings in this direction."

In a separate Twitter post, the ministry said: "It has been 31 years since Greece deprived the Turkish Muslim Minority of its right to elect religious leaders, in violation of international and bilateral treaties. Greece appointed officials as religious leaders against the will and clear objection of the Turkish Minority."

Another criticism came from Turkish Parliament Speaker Mustafa Şentop on Saturday, who condemned Greece’s “statements attempting to deny the presence of a Muslim Turkish community.”

“These kinds of approaches have failed until this day and will continue to fail. The Muslim Turks' presence in Western Thrace is not based on Greece’s decisions,” he added.

Iskeçe (Xanthi) Turkish Union Chair Ozan Ahmetoğlu had last month reiterated that Greece banned the use of the word "Turkish" in the union's name 38 years ago, even though it was founded in 1927. After Western Thracian Turks applied through legal routes to protect their rights, the ECtHR decided in favor of them in 2008. Despite the decision, Greece continues to classify the community as the "Muslim minority" by rejecting their Turkish identity. Greek authorities prohibit the use of the word "Turkish" in names of organizations, and several minority groups have been closed down for using the term.

Seeing the word "Turk" as a threat against its national security, Greece refuses to apply the previous three decisions made by the ECtHR regarding the cases of the Iskeçe Turkish Union, the Rhodope Turkish Women's Association and the Meriç (Maritsa) Minority Youth Association, despite frequent calls from European authorities.

The community of Western Thrace Turks is estimated to have between 100,000 and 150,000 members. The rights of the Turks in the region were guaranteed under the 1923 Treaty of Lausanne, a pact forged in the aftermath of the Turkish War of Independence following World War I. Since then, however, the situation has steadily deteriorated. After a Greek military junta came to power in 1967, the minority community started to face harsher persecution and rights abuses from the state. Following Turkey's 1974 peace operation in Cyprus to protect Turkish Cypriots there, the Greek military junta eventually fell, but tight restrictions on the minority group persisted and tightened. By the early 1990s, some rights of the Turks were partially restored, but problems regarding collective and civil liberties continued, and new challenges have emerged.

The mufti election issue has been a chronic problem for the Muslim Turkish minority since 1991. The election of muftis by Muslims in Greece was regulated in the 1913 Treaty of Athens between Greece and the Ottoman Empire and was later included in the country's Act 2345 in 1920. However, Greece annulled the law in 1991 and started appointing the muftis itself.