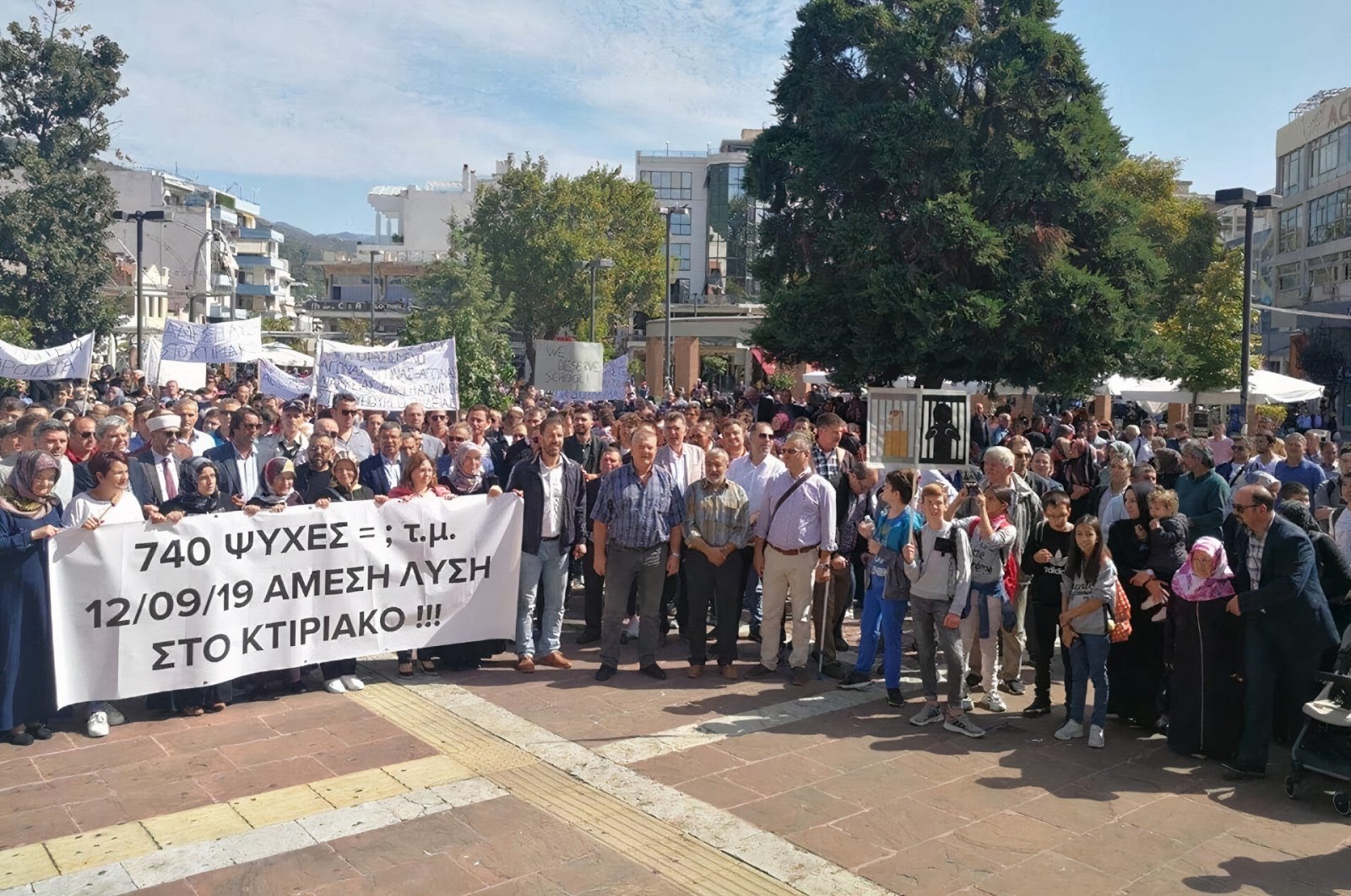 Greece continues to reject the identity of the Turkish community in Western Thrace by violating the decisions made by the European Court of Human Rights (ECtHR).

Iskeçe (Xanthi) Turkish Union's Chair Ozan Ahmetoğlu reiterated that Greece banned the use of the word "Turkish" in the union's name 38 years ago, even though it was founded in 1927. After Western Thracian Turks applied through legal routes to protect their rights, the ECtHR decided in favor of them in 2008. Despite the decision, Greece continues to classify the community as the "Muslim minority" by rejecting their Turkish identity. Greek authorities prohibit the use of the word "Turkish" in names of organizations, and several minority groups have been closed down for using the term.

"When you say: 'Western Thracian Turks have some problems,' they say: 'There are no Turks there, they are just Muslims.' They put forward the (Treaty of) Lausanne. There cannot be a deal determining the ethnic identity of a community living in a region. The Lausanne was not written for it. Lausanne mentions Greek people in Istanbul as non-Muslim, but Turkey does not have a problem calling them Greek. Even churches have signboards with the word Greek written on them."

Seeing the word "Turk" as a threat against its national security, Greece refuses to apply the previous three decisions made by the ECtHR regarding the cases of the Iskeçe Turkish Union, the Rhodope Turkish Women Association and the Meriç (Maritsa) Minority Youth Association, despite frequent calls from the European authorities.

Ahmetoğlu underlined that their union was the first civil society organization founded by Western Thracian Turks and added: "We did not face any problem until 1983. After this date, they said, 'There is no Turk in the Western Thrace.' First, they took our signboard down, then they wanted to close it. The domestic law decided against us 22 years later. We applied to the ECtHR in 2005. In 2008, we won the lawsuit with unanimity."

He also said that the Turkish community's freedom of belief and educational rights have also been violated by Greece. Ahmetoğlu said: "We want our elected muftis, not the ones appointed by Greece. They teach the religion of Islam in Greek to Turkish children. The biggest problems are faced in the field of minority education. We make calls for the improvement of education. But, they do not heed our demands or complaints about the education field."

The community of Western Thrace Turks is estimated to have between 100,000 and 150,000 members. The rights of the Turks in the region were guaranteed under the 1923 Treaty of Lausanne, a pact forged in the aftermath of the Turkish War of Independence following World War I. Since then, however, the situation has steadily deteriorated. After a Greek military junta came to power in 1967, the minority community started to face harsher persecution and rights abuses by the state. Following Turkey's 1974 peace operation in Cyprus to protect Turkish Cypriots there, the Greek military junta eventually fell, but tight restrictions on the minority group persisted and tightened. By the early 1990s, some rights of the Turks were partially restored, but problems regarding collective and civil liberties continued, and new challenges have emerged.

The mufti election issue has been a chronic problem for the Muslim Turkish minority since 1991. The election of muftis by Muslims in Greece was regulated in the 1913 Treaty of Athens between Greece and the Ottoman Empire and was later included in the country's Act 2345/1920. However, Greece annulled the law in 1991 and started appointing the muftis itself.