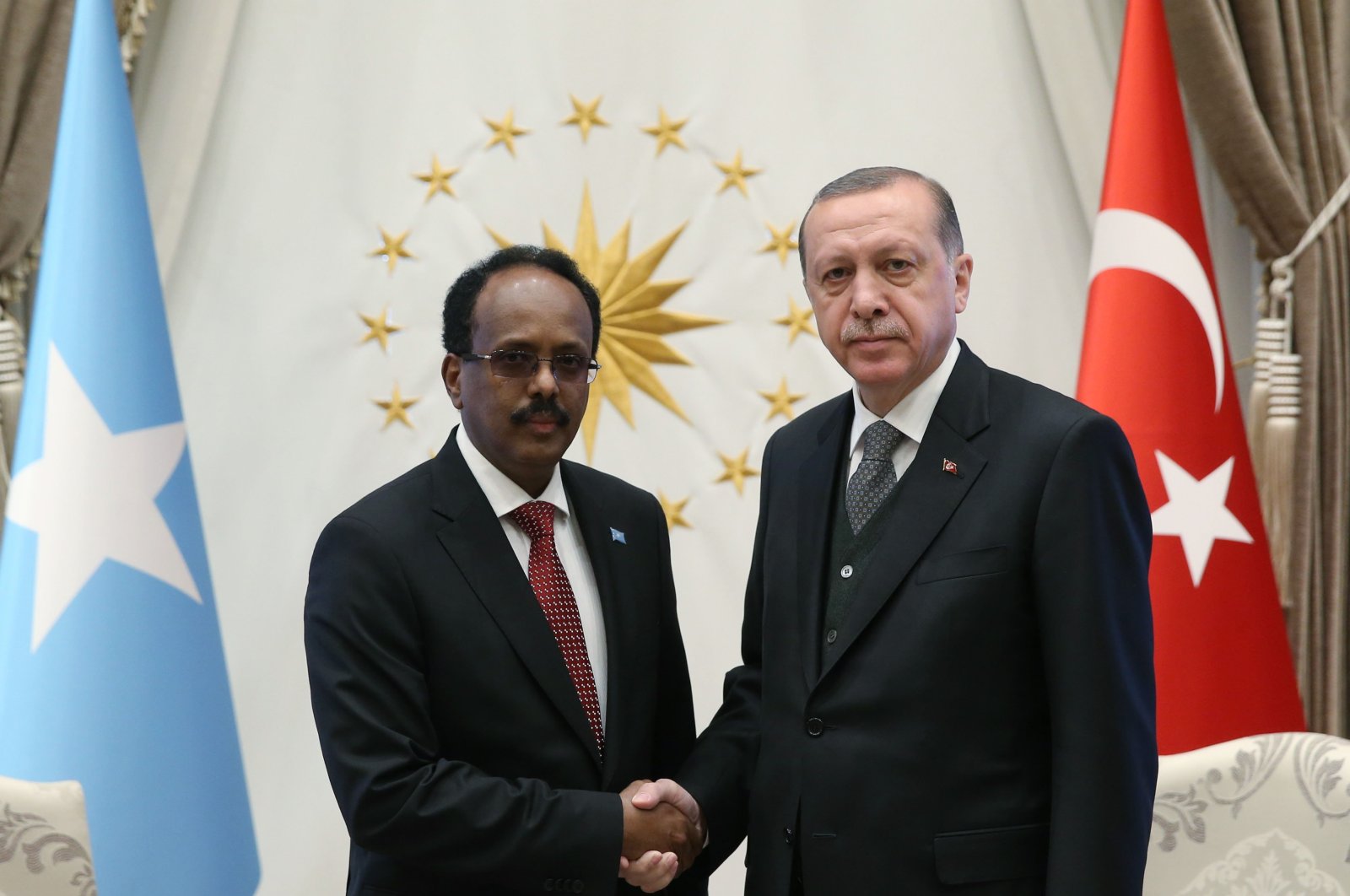 Turkey and Somalia plan to further enhance cooperation in media and information, Turkey's envoy to the Horn of Africa country said Sunday.

After being taken on a tour of the Somalia National Television (SNTV) studios, Yılmaz told reporters that he saw, "a lot of dedicated young people. ... I saw how energetic they are. In the near future, their institutions will boost and become one of the main sources of information and culture in Somalia."

Yılmaz told reporters that he and Dubbe discussed how to improve existing relations and cooperation between Turkey and Somalia "especially when it comes to media and information."

"Turkey has very strong agencies like the (public broadcaster) TRT, and we have very strong private broadcaster companies. ... On the public agency side we have Anadolu Agency (AA), which has a presence in Mogadishu," he said. "I think there's big potential to develop cooperation between those agencies and yours."

"I hope that in the coming weeks, not months, we'll have some concrete outcomes and those institutions will come together and work on specific topics to improve relations," he said.

Yılmaz promised more general cooperation between the people of Somalia and Turkey, emphasizing that Turkey would stand with the Somali people and would continue its support.

For his part, Dubbe thanked Turkey for its assistance and Yılmaz for his visit.

Turkey, under the ruling Justice and Development Party (AK Party) government, launched a continental initiative more than a decade ago to reach out to African countries whose relations with Turkey have been mostly limited since the early years of the Republic of Turkey.

Turkish-Somali relations have experienced great success over the years, and as part of their strategic cooperation, Turkey has trained one-third of Somalia's military forces.

Turkey has built schools, hospitals and infrastructure and has provided Somalis with scholarships to study in Turkey. President Recep Tayyip Erdoğan has visited Mogadishu three times since 2011. He became the first non-African leader to visit the war-ravaged country in 20 years.

The foundation was created in cooperation with the Ministry of National Education with the purpose of providing educational services abroad and now runs schools that used to belong to FETÖ, the terrorist group behind the July 2016 coup attempt in Turkey.