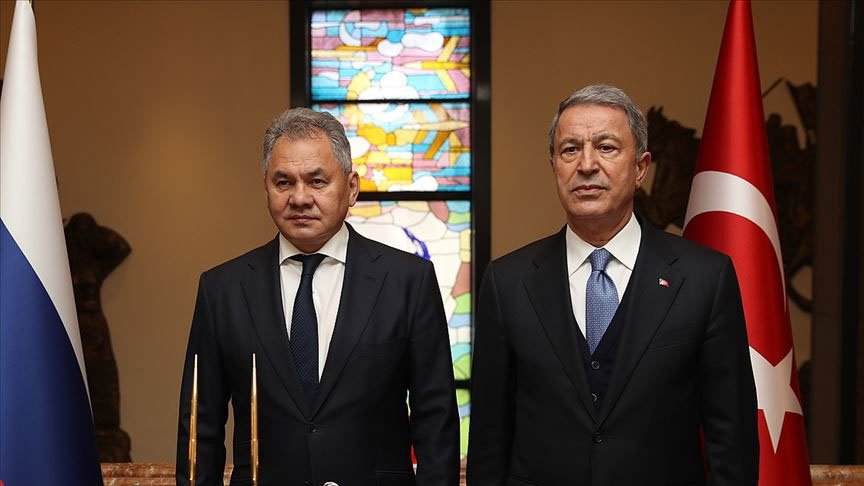 Turkey and Russia have agreed to take measures to ensure the prevention of cease-fire violations in Syria, Defense Minister Hulusi Akar said Thursday, following a phone call with his Russian counterpart Sergei Shoigu.

Earlier this week, Turkey had expressed its objections and concerns to Russia's envoy about a recent flare-up of violence in northwest Syria, after Russian jets hit towns near the Turkish border and a hospital in the region.

During the phone call, the defense chiefs decided to take mutual measures to prevent infringements.

"We spoke about the violations during the call. We agreed upon taking some measures," Akar said, and added that the agreed cease-fire must be respected to support "opening the road to peace and stability."

Akar also noted that more than 200 terrorists had been neutralized in northern Iraq and Syria since the beginning of March.

Idlib has been the subject of multiple cease-fire understandings that the Assad regime and its allies have frequently violated.

Ankara and Moscow also signed an additional memorandum of understanding (MoU) last year calling for the "stabilization" of Idlib's de-escalation zone, in which acts of aggression are expressly prohibited.