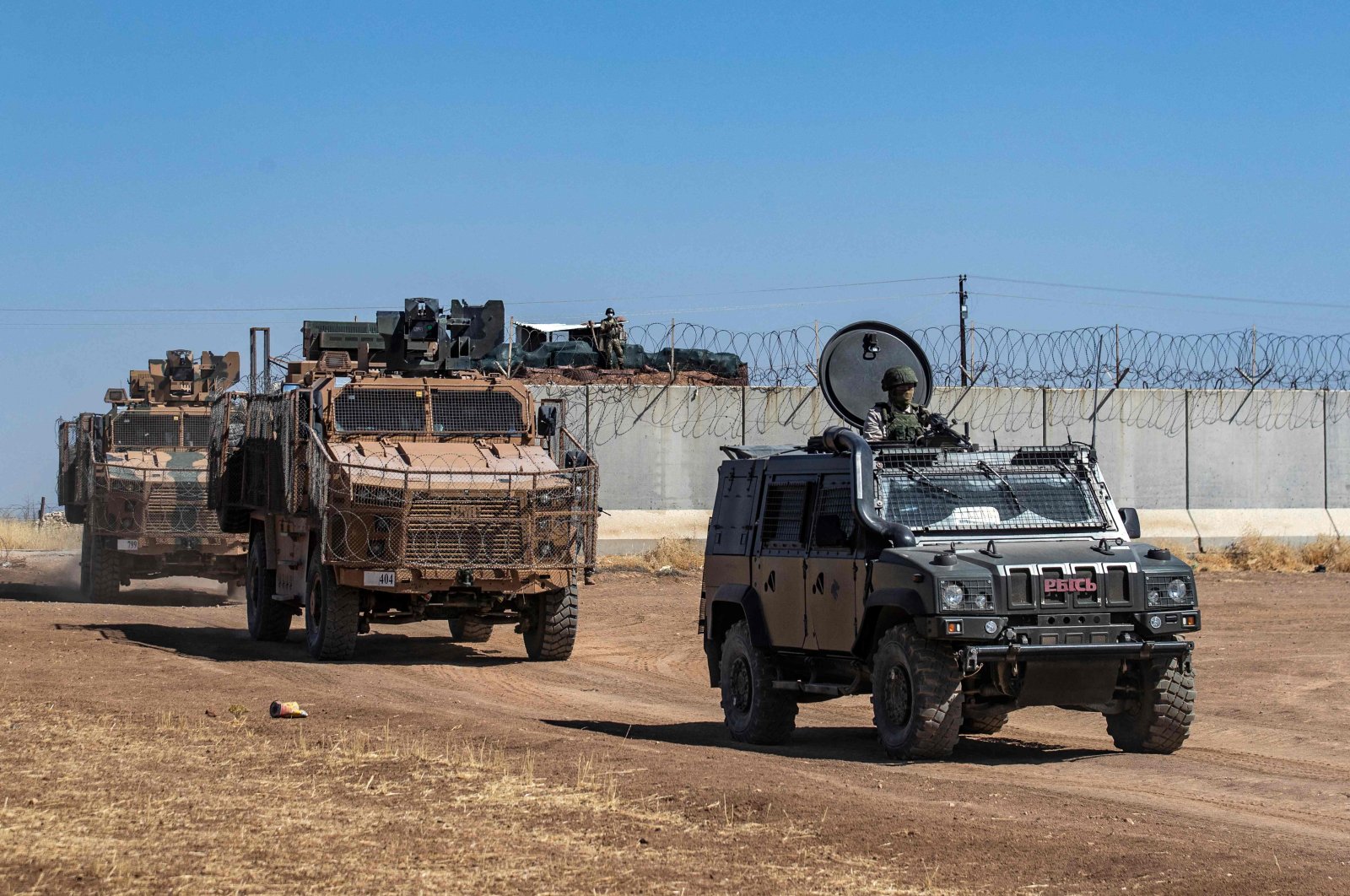 A joint Russian (R) and Turkish (L) convoy of military vehicles start a patrol from the border with Turkey, in the countryside of the town of Derbassiye in northeastern Hasakeh province, Syria, on July 14, 2021. (AFP Photo)
by DAILY SABAH Aug 09, 2021 12:04 pm

Turkey and Russia are working toward finding a political solution to the decadelong Syrian crisis, Russian envoy Aleksei Erkhov stated on Sunday.

Speaking to A Haber, Erkhov underlined the importance of cooperation between the two countries since the Astana process and stated that there is a common understanding between Turkey and Russia.

Erkhov said that cooperation between Ankara and Moscow increased the chance to resolve conflicts while strengthening peace and stability.

“Actions for achieving a political solution for Syria, activating and accelerating the activities of the constitutional committee, reinforcing peace and security in the Idlib de-escalation zone and other regions, are evaluated together,” the envoy said, hailing common works between the two countries as “highly successful.”