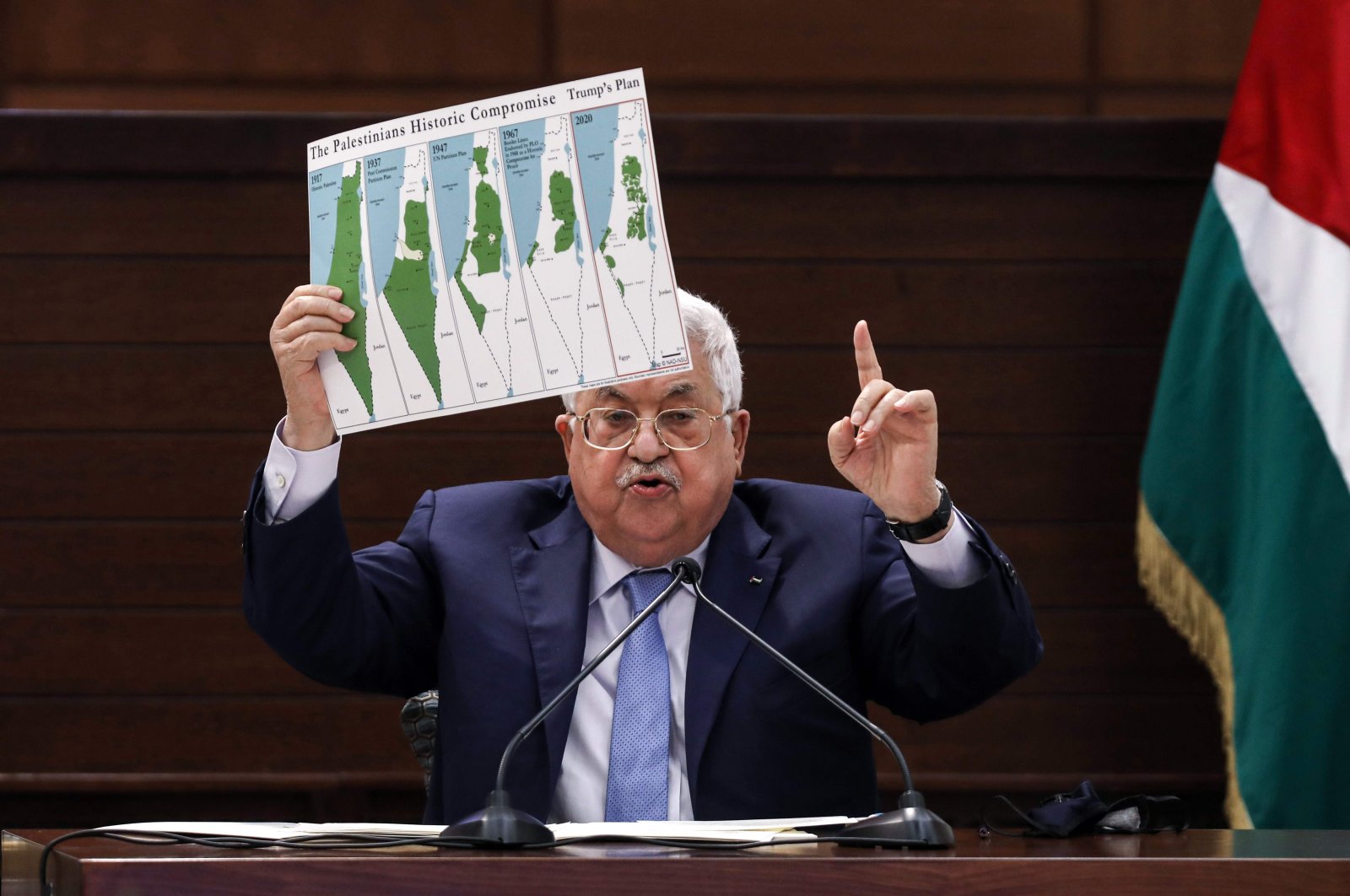 Palestinian president Mahmud Abbas holds a placard showing maps of (L to R) historical Palestine, the 1947 United Nations partition plan on Palestine, the 1948-1967 borders between the Palestinian territories and Israel, and a map of U.S. President Donald Trump's proposal for a Palestinian state under his so-called peace plan, as he speaks in the West Bank's Ramallah, Sept. 3, 2020. (AFP)
by Anadolu Agency Sep 04, 2020 11:46 am

The intra-Palestinian meeting late Thursday was held via videoconference among heads of the Palestinian groups in Ramallah and Beirut, including Hamas and Fatah movements. The meeting addressed ways to prevent Israeli annexation plans in the occupied West Bank.

The meeting came at a time when the United Arab Emirates (UAE) and Israel announced on Aug. 13 a U.S.-brokered deal to normalize relations, including opening embassies in each other's territory.

A Turkish Foreign Ministry communique stated that the significance and priority of the reconciliation process have grown more amid recent incidents aiming to "purge the Palestinian cause and undermine the vision of a two-state solution."

"Turkey will continue to encourage the efforts toward achieving unity and solidarity among Palestinian parties and entities from now on as it has done in the past and will continue to provide all means of support to ensure a fair and permanent solution to the Israeli-Palestinian conflict," the statement also said.

The Palestinian Authority (PA) and resistance factions have denounced the UAE-Israel deal, saying it does not serve the Palestinian cause and ignores the rights of Palestinians.