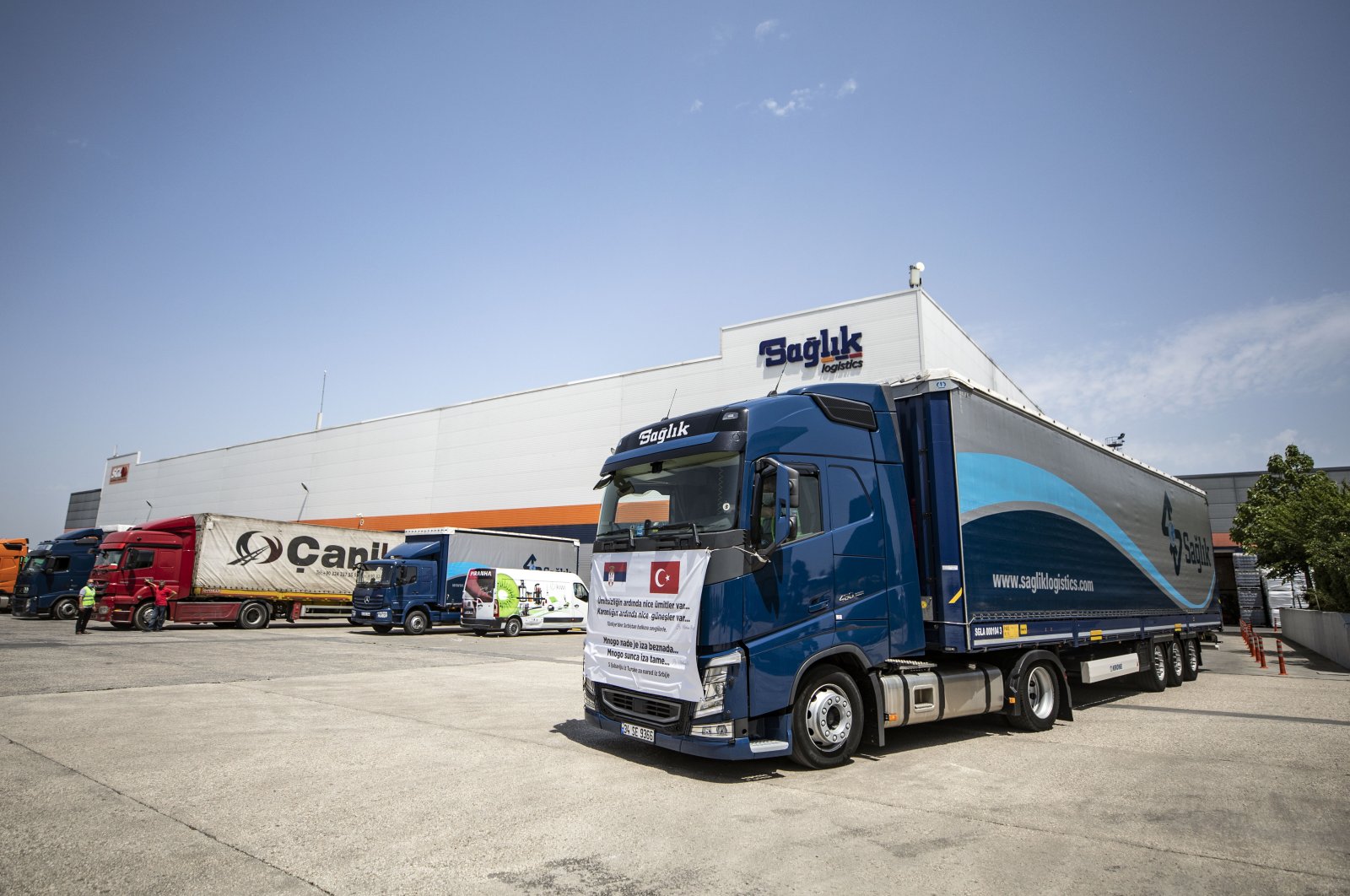 Turkey on Wednesday sent a truckload of medical supplies to Serbia to assist its fight against the coronavirus.

The truck which set off from Istanbul is expected to reach a hospital in Novi Pazar, one of the largest cities of Serbia, on Monday.

The supplies were sent by Turkey's Health Ministry and Foreign Economic Relations Board (DEIK) upon directives by President Recep Tayyip Erdoğan.

Bayram Akgül, head of DEIK, told Anadolu Agency(AA) that Turkey and Serbia maintain bilateral relations based on mutual respect for each other.

Turkey has so far delivered aid to 125 countries around the globe to help in their fight against the virus, Foreign Minister Mevlüt Çavuşoğlu said on Monday.