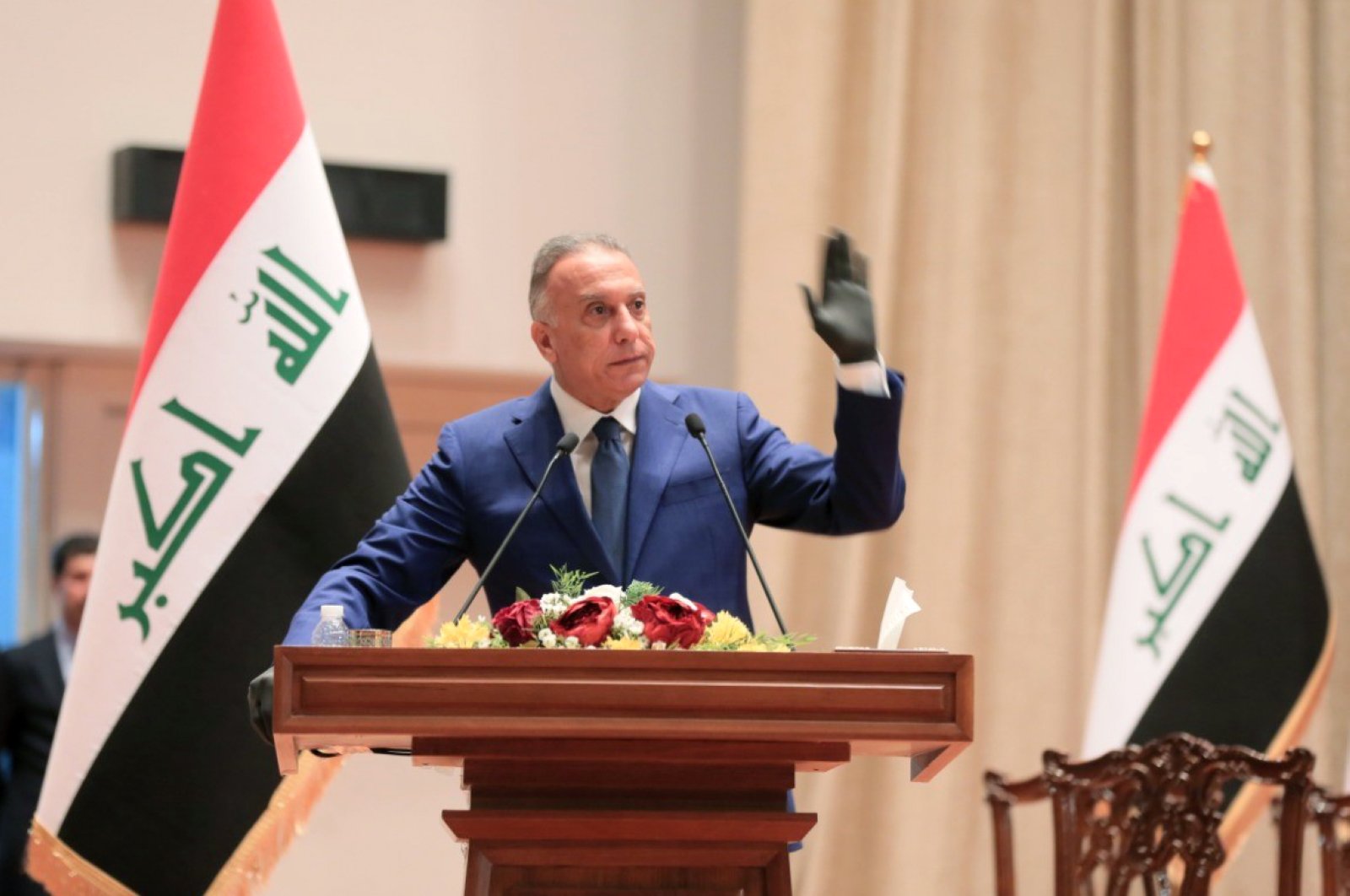 Iraqi Prime Minister Mustafa al-Kadhimi taking the oath in front of the parliament during an overnight session in Baghdad, May 7, 2020. (AFP)
by Anadolu Agency May 07, 2020 2:46 pm
RECOMMENDED

"We welcome the vote of confidence granted by the House of Representatives of Iraq to the new Government. We wish success to PM Mustafa al-Kadhimi who has assumed a critical responsibility at a time when the whole world passes through a challenging period," the Foreign Ministry said in a written statement.

The parliament approved 15 ministers out of a prospective 22-seat cabinet in a vote of confidence. Five ministerial candidates were rejected while voting on two ministers was postponed, leaving seven seats, including the office of key oil and foreign affairs, still empty.

The ministry said it believes that the new government in Iraq will take steps to "embrace all constituents of the brotherly Iraqi people and meet their legitimate expectations, and contribute to the stability of our region."

"We stand ready to work with the new government in a spirit of cooperation in all possible fields, first and foremost on security, trade, investment and re-construction on the basis of mutual interests, as has been the case with the previous Iraqi governments," the statement added.

The candidates for the ministries of justice, displacement and migration, agriculture, trade and culture and tourism were rejected by the Iraqi parliament while voting on the oil and foreign ministries was postponed as no candidates were determined.

Al-Kadhimi and the 15 approved ministers were sworn into parliament.

Iraq has been roiled by mass protests since early October over poor living conditions and corruption, forcing Prime Minister Adil Abdul-Mahdi to resign.