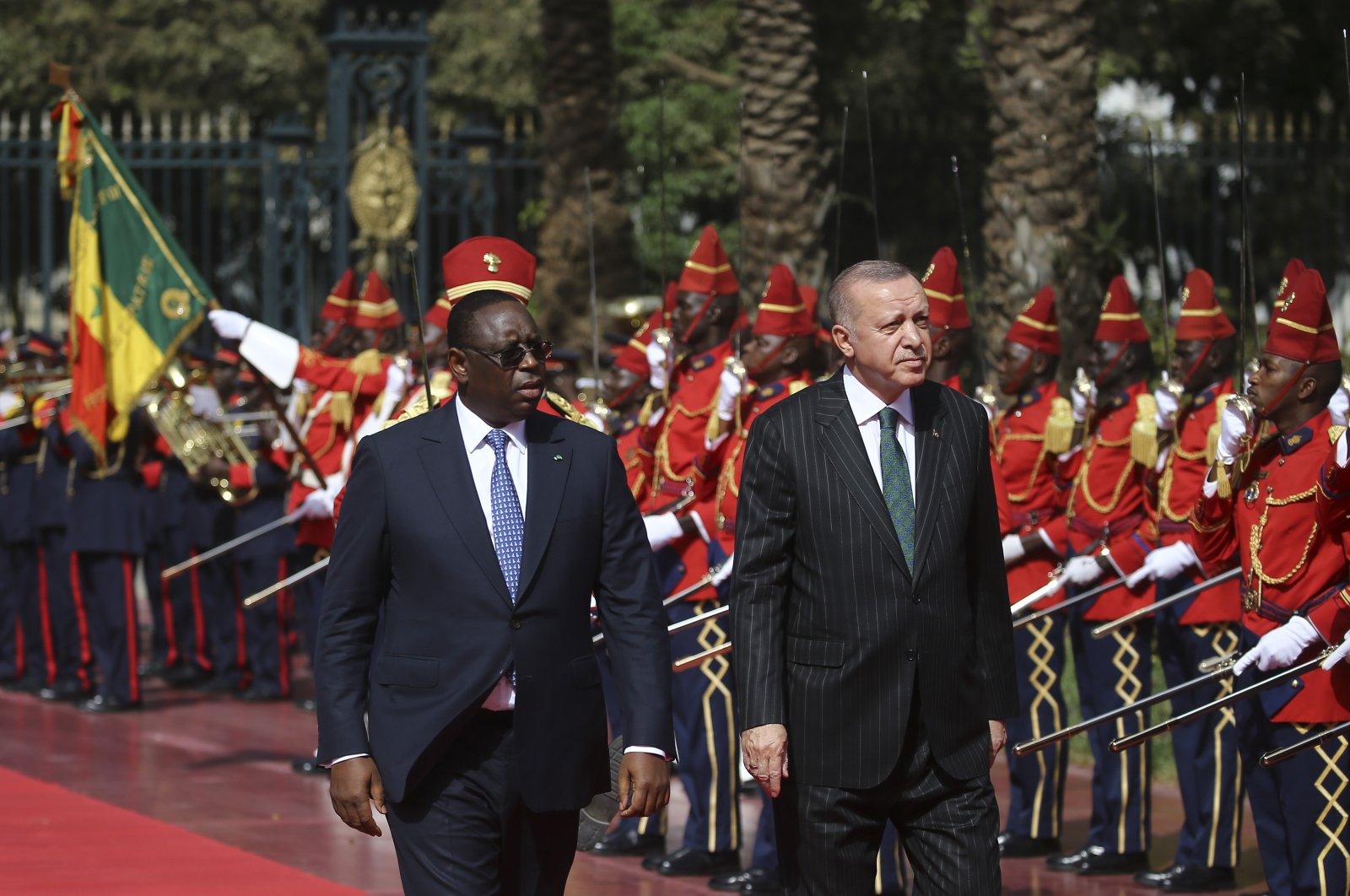 Diplomacy with Africa continues to improve bilaterally as Ankara and civilian institutions establish a multidimensional communication network through their activities all over the continent, said Ahmet Kavas, Turkey's envoy to Senegal.

Speaking to Anadolu Agency (AA), the newly appointed envoy expressed that Africa is the most successful and active part of Turkish foreign policy and the secret to this success that goes beyond building bonds is attracting the attention of the international community.

Apart from the embassies, Kanvas emphasized the presence of the Turkish state and civil institutions such as the Turkish Cooperation and Coordination Agency (TIKA), Turkey's Maarif Foundation (TMV) and Turkish Airlines (THY) in the continent, highlighting their importance in building bridges.

"When in the early 2000s we (as Turks) were using other international airlines, now the whole world conducts their intercontinental travels with THY. TMV schools touch people through education. Turkey's Diyanet Foundation builds close connections with the Muslim societies across the globe by increasing the numbers of its coordination centers," the envoy highlighted.

Turkey's foreign policy had been long determined with its relations with Europe and the Middle East, even though it has deep historical ties with the continent. Having a strong relationship during the Ottoman Empire period, Turkey has strived to keep up these ties even though they were weakened after the fall of the empire. The foundational stones of Turkey's African policy in the new republic, however, were laid in 1998, during the time of then-Foreign Minister Ismail Cem. Yet, the actual jump can be said to have been made in 2005, which was also declared the "Year of Africa" by Ankara, and Turkey was accorded observer status by the Africa Union the same year, under the leadership of then-prime minister, President Recep Tayyip Erdoğan. Accordingly, the successfully conducted initiative in Africa has given way to the Africa Cooperation Policy in 2013.

Kavas returns to Senegal after 27 years

Dedicating his academic life to African history and culture, Kavas's journey with Senegal starts back in 1993, when he visited the country during a trip to the continent for his doctoral thesis work.

Although he assumed at the time that it would be his only opportunity to visit the country, Kavas expressed that even at that time he took a great interest in Senegal.

"At that time, a young diplomat working at Turkey's Embassy (in Senegal) asked for the purpose of my visit. When I told him that my aim was to introduce Turkey to Senegal and Senegal to Turkey, he told me that I had utopian thoughts," the envoy remembered.

Returning to the country 27 years later, Kavas said he was happy to see that Turkey is now commonly known in Senegal.

"There are works in Turkey in order to make Senegal more known, but they are not enough. If during our duty, we would be able to make both Senegal and Turkey more recognizable to each other, we will be able to reach our goal," he said.

Pointing out that since almost 99% of both countries' populations are Muslim and because of that the two actually have a lot in common, Kavas stated that the fundamentals of Islam should bring societies together.

Turkey effective in Africa even in pandemic

Turkey is sharing its own historical experience, its social, political and cultural savings, its resources and means with African governments and people within the principle of "African solutions to African problems" and on the basis of mutual benefit. While the number of embassies in Africa was only 12 in 2002, it increased to 42 in 2019. Moreover, Erdoğan has visited 27 African countries, which includes visits while he was prime minister, which constitutes half of the countries found on the vast continent.

When it comes to the activities of the civil society organizations in the continent, Kavas said they are quite effective in responding to the people's immediate needs in Africa.

"Especially during the COVID-19 pandemic period, civil society organizations engage people remotely and continue to conduct their activities on the highest level. In this process, by providing the Africans with health aid, food kits for the month of Ramadan and water wells, our people proved that it has a unique relationship with the continent," expressed Kavas.

The number of people infected with the coronavirus in Africa reached 189,434 on Monday, the Africa Centres for Disease Control and Prevention said.

According to the latest figures by the public health agency, the death toll in the continent has risen to 5,175, while 82,888 patients have so far recovered.

Underlining that Turkey has moved beyond the level of "We love Africa," the envoy said that in order for the country to last in the continent, the roots of Africa, its history and culture, should be understood properly.

Kavas further reiterated that Africa has no tolerance for the foreign powers that approach the continent with imperialist ambitions, and that is why Europeans have failed to establish a presence in the continent for more than a hundred years.

In the current global system, states try to establish influence in global politics through enhancing their diplomatic channels. Yet, colonialism and slavery conducted in western Africa have left deep scars on the continent. Turkey, on the other side, does not suffer from this negative image as it never tended toward colonialist practices of oppression and is on the contrary well-received.

As far as the economic ties with the continent are concerned, Kanvas stated that even during the pandemic, bilateral trade with Africa has continued nonstop.

"The sustainable trade proves that we reached the level of gaining experience in Africa," he said.

The envoy also highlighted that although there is high economic interaction between Turkey and Senegal, where currently 1,000 Turks live, these close interactions do not have a reflection on the two countries' markets.

"The countries that do not have much interaction have much more presence in Senegal's local consumption and necessity products market than the Turkish firms," he said, adding that Turkey not only needs to deliver its economic experience to the Senegalese market by providing new opportunities but also needs to introduce trademark Senegalese products such as cotton and peanuts to the Turkish market.

The trade volume between Turkey and African countries has increased fourfold over the past 18 years, the head of the Foreign Economic Relations Board of Turkey (DEIK) said on May 13.

He said Turkey has pursued a win-win approach and continued its strengthening policies based on equality, transparency and sustainability.