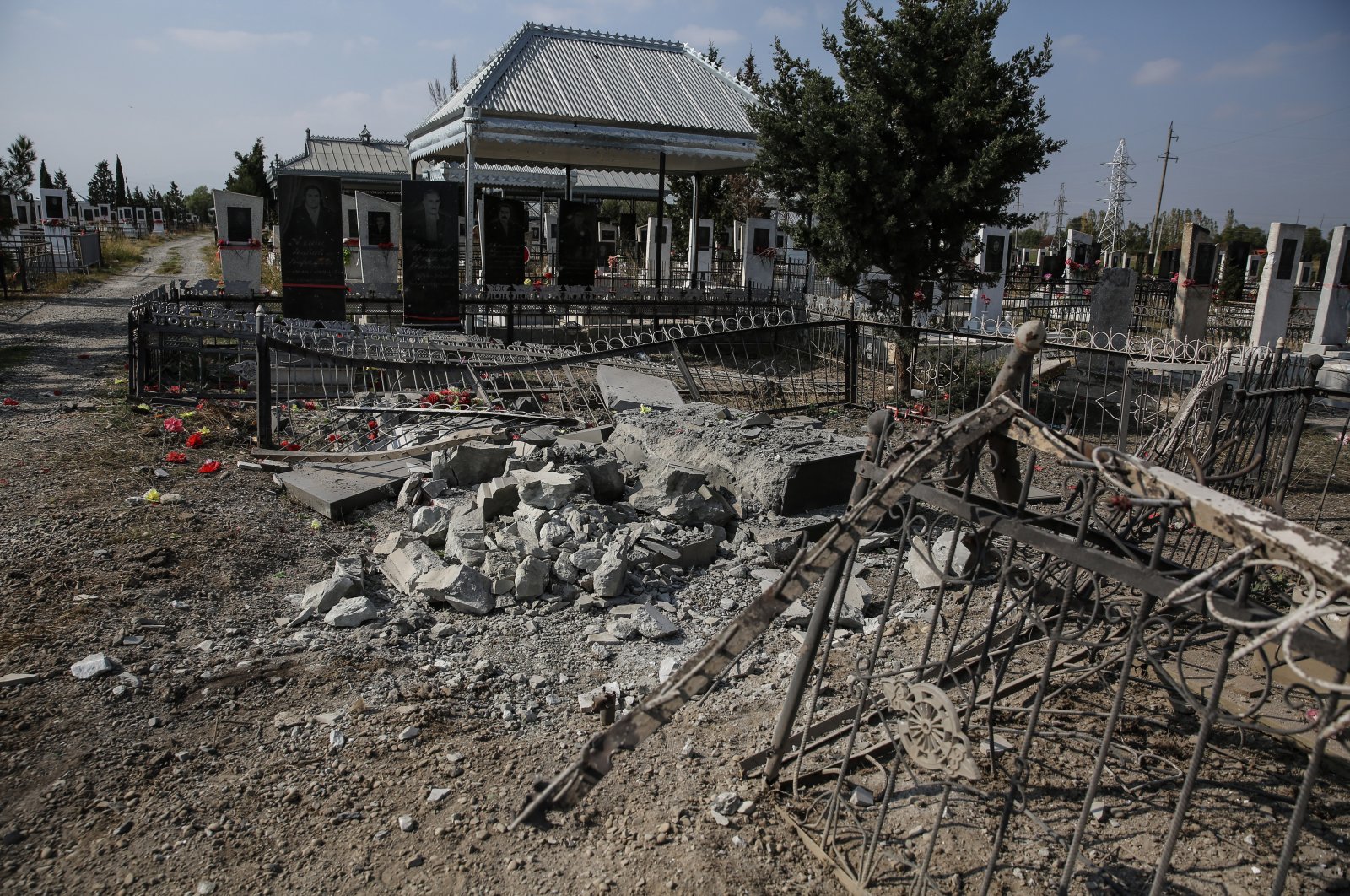 Armenia hit Azerbaijani civilians visiting a cemetery in the city of Tartar on Thursday, resulting in fatalities and injuries.

According to unofficial reports, three civilians were killed while five others were injured in the attack.

The Turkish Foreign Ministry immediately released a condemnation of the attack, pointing at the brutality of the action.

"The ones who lack humanity do not even allow our Azerbaijani brothers to have a proper burial," the statement said, adding that the action has revealed Armenia's inhumane, unlawful face to the whole world.

A cease-fire between the warring parties was agreed on over a 10-hour discussion in Moscow and was set to take effect at noon on Oct. 10.

The talks between the foreign ministers of Armenia and Azerbaijan were held upon the invitation of Russian President Vladimir Putin, who brokered the cease-fire in a series of calls with President Ilham Aliyev of Azerbaijan and Armenia's Prime Minister Nikol Pashinian.

However, the freshly-inked cease-fire did not even last a day, as Yerevan launched an attack on Azerbaijan's second-largest city, Ganja, on Sunday.

Although Yerevan immediately denied the attack, footage from the area confirmed Azerbaijani statements.