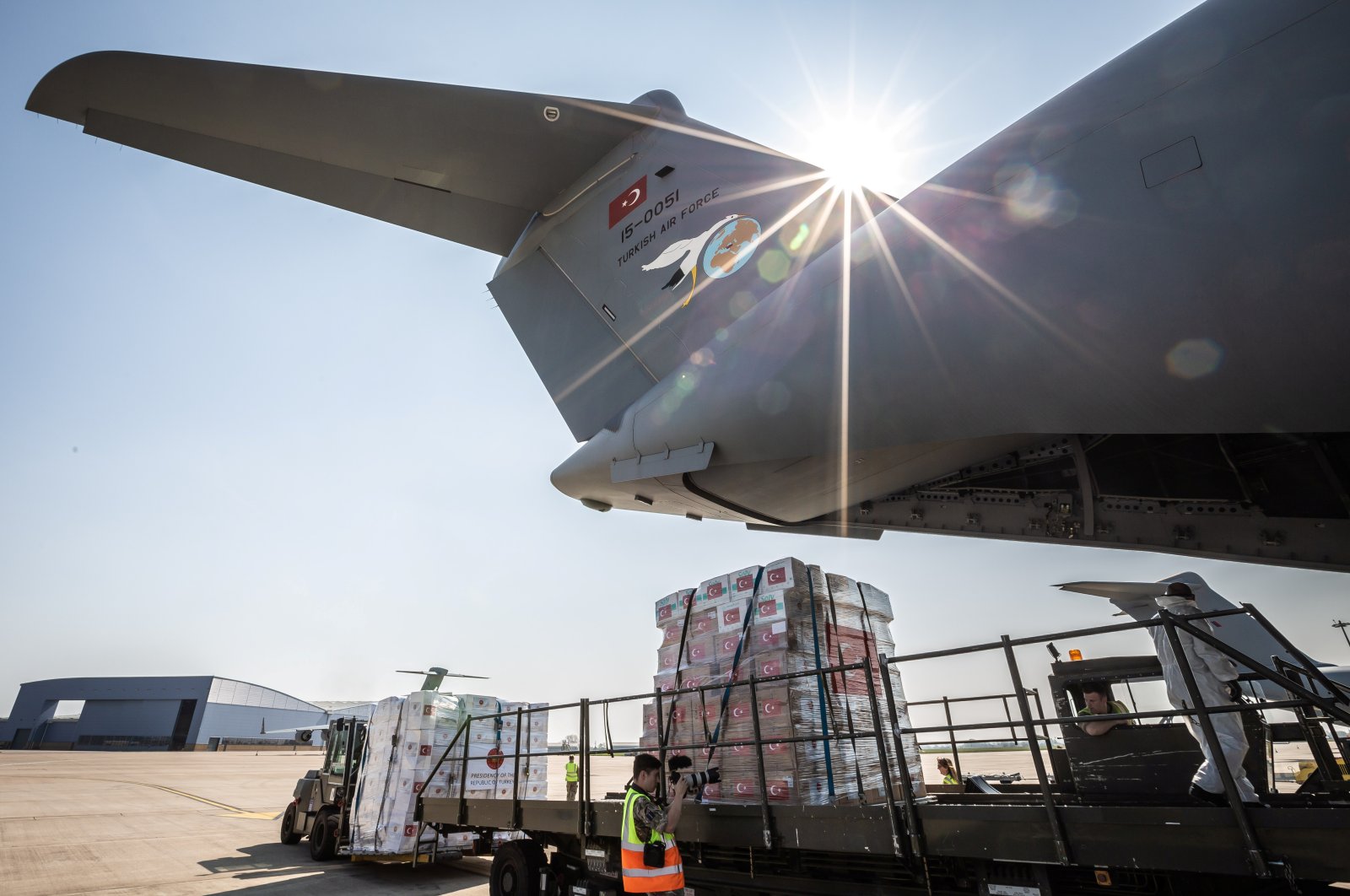 Crucial supplies of personal protective equipment (PPE) for medical staff have been delivered from Turkey to a Royal Air Force base for distribution around the country, amid the coronavirus outbreak, in Carterton, U.K., April 10, 2020. (Handout via Reuters)
by DAILY SABAH Apr 11, 2020 10:49 pm
RECOMMENDED

Armenia and Israel have requested Turkey for assistance in the fight against coronavirus, Presidential Spokesman Ibrahim Kalın said Saturday.

"These kinds of requests (for assistance) came from Armenia, Israel. Here we didn't differentiate between countries or regions, and we won't, independently from our political relations," Kalın said, stressing that the COVID-19 pandemic was an emergency.

Ankara has strained relations with Armenia and Israel. Political ties between Ankara and Yerevan remain frozen owing to the Karabakh conflict as well as the legacy of killings during World War I, which the Armenian diaspora and government describe as "genocide" – a description which Turkey refutes. Meanwhile, Israel's discriminatory treatment of Palestinians remains a major source of tension in Israeli-Turkish relations.

Kalın said Turkey will try to accommodate all requests for help to the extent of its capabilities.

"Nearly 100 countries requested Turkey's assistance. The priority here is to adjust our national capacity. We have sent aid to 10-12 countries, perhaps more, in line with our opportunities," Kalın said.

"Let's reduce the pain, let's share the pain. This is a global problem. Global problems can only be fought through global cooperation," he added.

In recent weeks, Turkey has delivered medical equipment to three of Europe's worst-hit countries – Italy, Spain and the United Kingdom. Aid was also sent to Serbia, Bosnia-Herzegovina, Montenegro, North Macedonia, Kosovo and others.

Worldwide infections have surpassed 1.76 million with a death toll exceeding 103,000, according to U.S.-based Johns Hopkins University. Nearly 400,000 people have recovered.