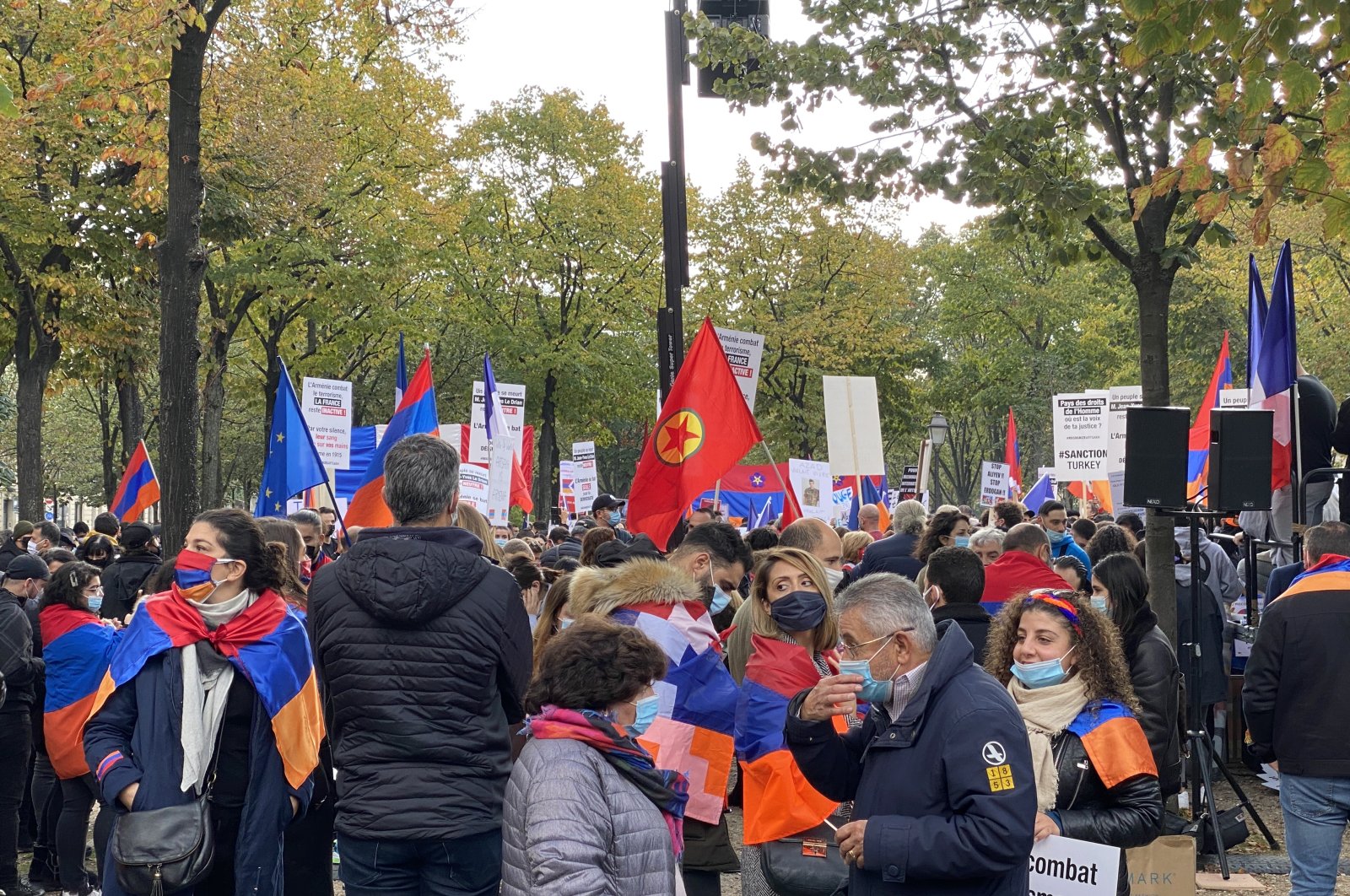 "First of all, we don't need such a thing. We have a very professional military. We also have enough reserve power," he said.

However, he said foreign fighters from several countries including Syria, Lebanon, as well as the U.S., Canada and France, in particular, were fighting among the ranks of Armenia's armed forces.

Hajiyev urged countries, whose Armenian citizens have joined the war and are killing Azerbaijani civilians, to stop the slaughter of ordinary civilians.

Armenia is also using civilian airplanes, which is "against the rules of the International Civil Aviation Organization. They have attached missile systems to civilian airplanes. In addition, weapons and missiles are being sent in the name of 'humanitarian aid,'" he said, noting that it was carrying arms on its official airplane as if it is on a formal visit.

"They kill Azerbaijani civilians with them. This also needs to be examined by the international media," he said.

About relations with Turkey, Hajiyev said: "Turkey's diplomatic and moral support for Azerbaijan essentially takes place on the basis of international law."

Hajiyev said there is defense cooperation but it cannot be attributed to Azerbaijan's defense capabilities or be considered as a third country's participation in the war.

He said Armenia is using PKK terrorists on the front line in Nagorno-Karabakh and his country does not expect progress on talks to be held in the U.S. between Azerbaijani foreign minister with American and Armenian counterparts.