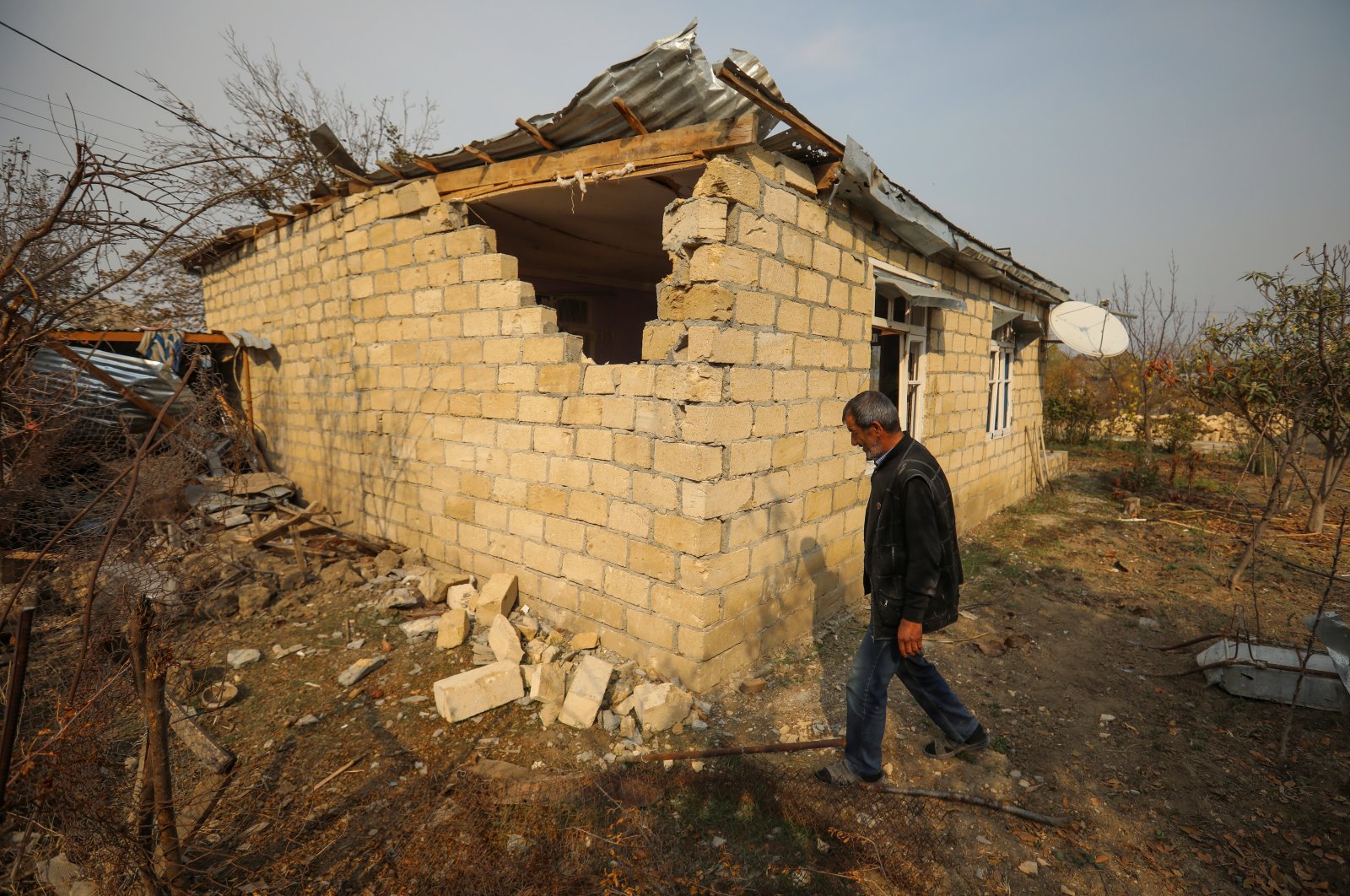 The Armenian Army continued to suffer losses amid its attacks on Azerbaijani soldiers and civilian areas despite a cease-fire, Baku's Defense Ministry said Wednesday.

"During the day on Nov. 3 and night on Nov. 4, the Armenian armed forces fired at the positions of the units of Azerbaijan army units in different directions of the front and our human settlements with various small arms, howitzers and mortars," the ministry said in a statement.

"The combat operations continued with varying intensity, mainly in the Tartar, Aghdam, Khojavend, Zangilan and Qubadli directions of the front," it added.

Armenian forces were "forced to retreat with casualties in personnel and military vehicles in some areas of the front," the statement said.

Turkey's Defense Ministry also stated that Azerbaijani forces downed an Armenian Su-25 fighter jet. It is the seventh Armenian craft downed by Azerbaijan since the clashes erupted six weeks ago.

Azerbaijani President Ilham Aliyev's aide Hikmet Hajiyev also said Wednesday in a Twitter statement: "Armenian armed forces are shelling with heavy artillery villages of occupied Aghdam region of Azerbaijan. It was obvious in the statement of MFA Armenia that they were paving the ground for new #WarCrimes against Azerbaijani civilians."

Meanwhile, Aliyev said Wednesday that his country is ready to stop the conflict if Armenian forces withdraw from the territories they occupy.

Speaking to Italian daily la Repubblica, Aliyev said: "The faster the war ends, the better. I have said it many times, I can repeat it once again ... If the prime minister of Armenia takes the responsibility of leaving the remaining territories, we are ready to stop the war today. He has not yet assumed this responsibility."

Aliyev also said that their task is to restore the territorial integrity of Azerbaijan, and they are coming closer to this task.

“We have been waiting for the restoration of territorial integrity for almost 30 years. As you know, during all this time Azerbaijan was strictly committed to the negotiation process. But unfortunately, it did not result in any tangible outcome. Plus, Armenian leadership during the last couple of years was always provoking us by the statements, and by actions, including military provocations,” he said.

Regarding Turkey’s support to Azerbaijan on the issue of Nagorno-Karabakh, Aliyev said: “It is very useful. This support came from the very beginning, from the early hours of the clashes which started on the 27th of September. President of Turkey made a very clear statement that Turkey stands side by side with Azerbaijan. That was a very important sign of political and moral support, and I many times referred to the fact that this is only political and moral support, but it was sufficient."

"Because such a strong country as Turkey when openly declares its position on this issue, it also sends the signal to the whole world, that Azerbaijan is doing the right thing," he added.

Later in the day, Aliyev said in a tweet that the Armenian army has "already admitted defeat" amid heightened tensions along the border for more than a month.

"We have modern weaponry and high fighting spirit. We showed who's who and proved that Armenia's 'invincible army' was a myth. They have already admitted defeat. This is an acknowledgment of their military defeat and our victory," he wrote.

He stressed that by attacking the civilians in different parts of the country, Armenia aimed to "sow chaos and panic" in Azerbaijan.

"Yet they miscalculated the Azerbaijani people's spirit. Despite our losses, it failed to break our will. On the contrary, it made us stronger," Aliyev said.

He also announced the liberation of seven more villages from Armenia's occupation: "Victorious Armed Forces of Azerbaijan have liberated Mirek and Kavdar villages of Jabrayil, Meshediismayilli and Shefibeyli villages of Zengilan, Basharat, Garakishiler and Garajalli villages of Qubadli."

To date, at least 91 innocent people, including 11 children and 27 women, have been killed by Armenian attacks, according to Azerbaijan's Chief Prosecutor's Office.

Moscow said on Tuesday that Russia will continue working with Turkey to stop the conflict from accelerating further in Nagorno-Karabakh.