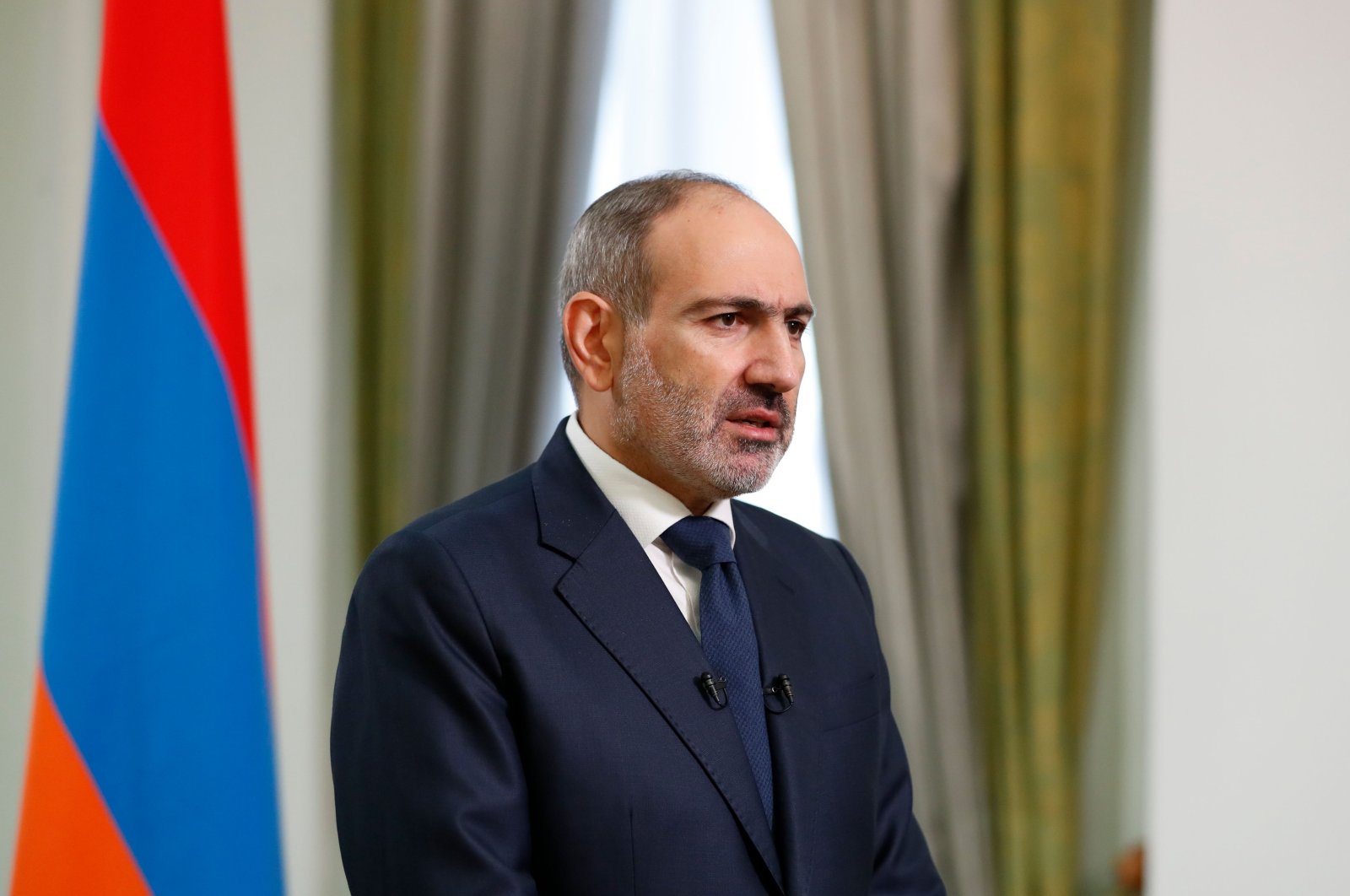 Armenian Prime Minister Nikol Pashinian is allegedly hiding in a secret shelter after accepting defeat in Nagorno-Karabakh as protesters declared him a traitor, reports said Thursday.

Based on his latest appearance on his live broadcast, Pashinian might be hiding in a shelter inside the office of the prime minister or at another location, Ihlas News Agency (IHA) said, citing an Armenian report.

Pashinian's daughters Maryam and Shushan reportedly went to Canada a week ago, while his wife Anna Hakobjan is reportedly in Yerevan.

Pashinain has not left the capital, according to the report.

Other reports by Armenian media outlets claim that Pashinian might be hiding in the consulate compound of another country.

Meanwhile, in his recent address to the nation, and in his defense of signing the agreement, Pashinian said he had no other choice but to sign the agreement, as he said Azerbaijan would lay siege to Nagorno-Karabakh with around 20,000 troops.

"The most important issue right now is Karabakh's status," he said.

Pashinian’s speech, which was broadcast on Facebook, was not broadcast on Armenian TV channels, Demirören News Agency (DHA) reported.

Around 10,000 protesters clashed with police, and many were detained and released later in the day.

Demonstrators chanted "Nikol, go away" and "Nikol, the traitor," referring to Pashinian.

The unrest was triggered by a Moscow-brokered truce Armenia and Azerbaijan agreed to early Tuesday after more than six weeks of deadly clashes over Nagorno-Karabakh, a region that lies within Azerbaijan but has been illegally occupied by ethnic Armenian forces backed by Armenia since a separatist war ended there in 1994.