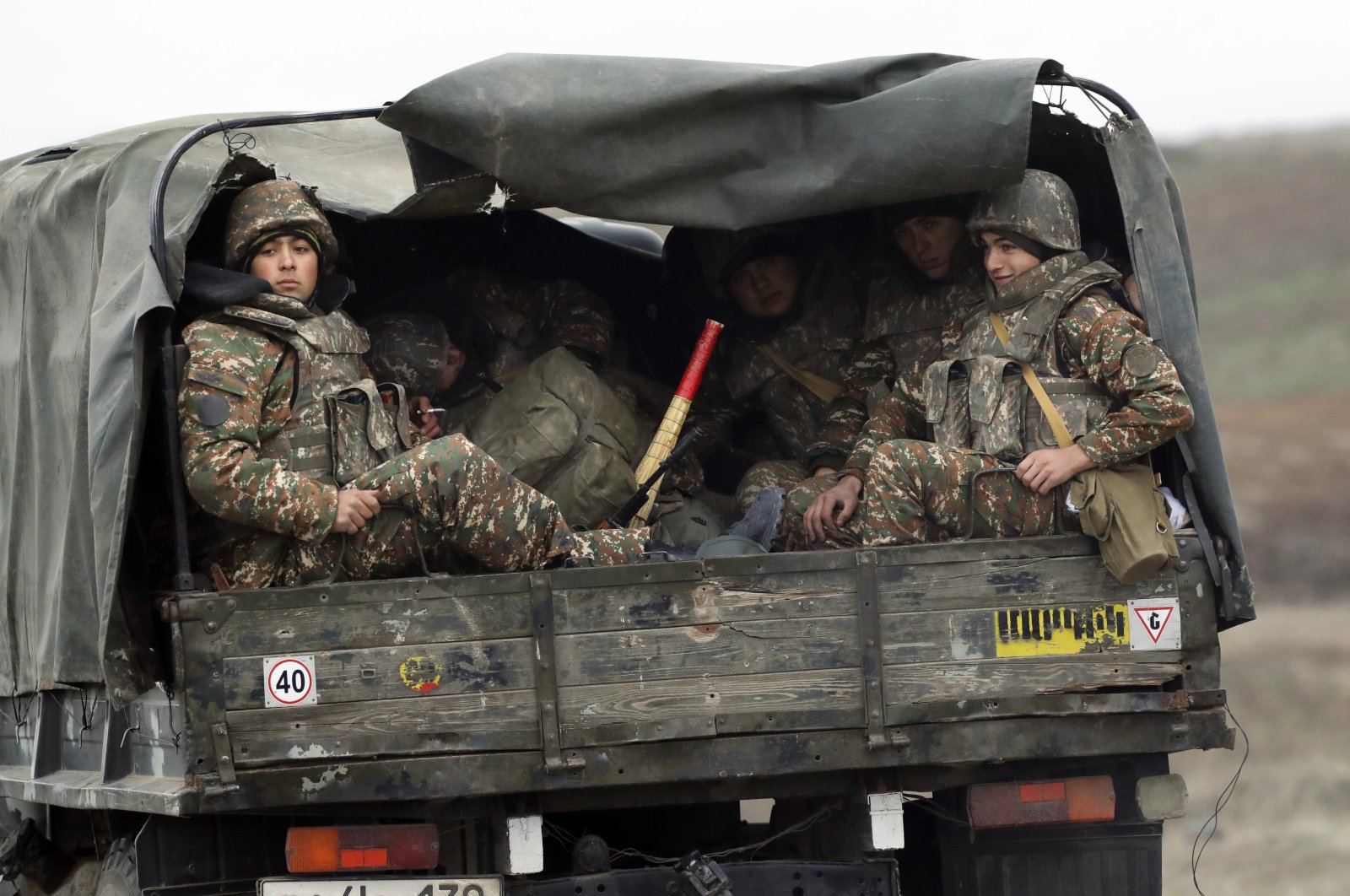 Armenian soldiers sit in a military truck on a road during the withdrawal of Armenian troops from the occupied region of Nagorno-Karabakh, Thursday, Nov. 19, 2020. (AP Photo)
by Daily Sabah with Reuters
Nov 20, 2020 11:02 am

He has held the position since May 2018.

The government of Prime Minister Nikol Pashinian has come under pressure to quit, with thousands of demonstrators demanding he go following the signing of a cease-fire that ordered Armenia to leave occupied areas in Nagorno-Karabakh after six weeks of fighting with Azerbaijan.

The two ex-Soviet nations have been locked in a conflict over the territory for decades. Heavy fighting flared up in late September and has left hundreds, possibly thousands, dead in the biggest escalation in a quarter-century. Several cease-fires announced over the past six weeks failed to halt the violence, but the current agreement appeared to be holding, with neither side reporting any more fighting since it came into force.

The pact, which has been celebrated in Azerbaijan and angered Armenians, calls for Armenia to turn over control of some areas it holds outside the borders of Nagorno-Karabakh. They include the Lachin region, which has the shortest route between Armenia and the Nagorno-Karabakh region. The agreement calls for the road, the so-called Lachin Corridor, to remain open and be protected by Russian peacekeepers.

The deal also calls for transport links to be established through Armenia that would connect Azerbaijan and its western exclave of Nakhchivan, which is surrounded by Armenia, Iran and Turkey. A total of 1,960 Russian peacekeepers, some of whom have already arrived in Nagorno-Karabakh, are to be deployed in the region under a five-year mandate to secure the truce.