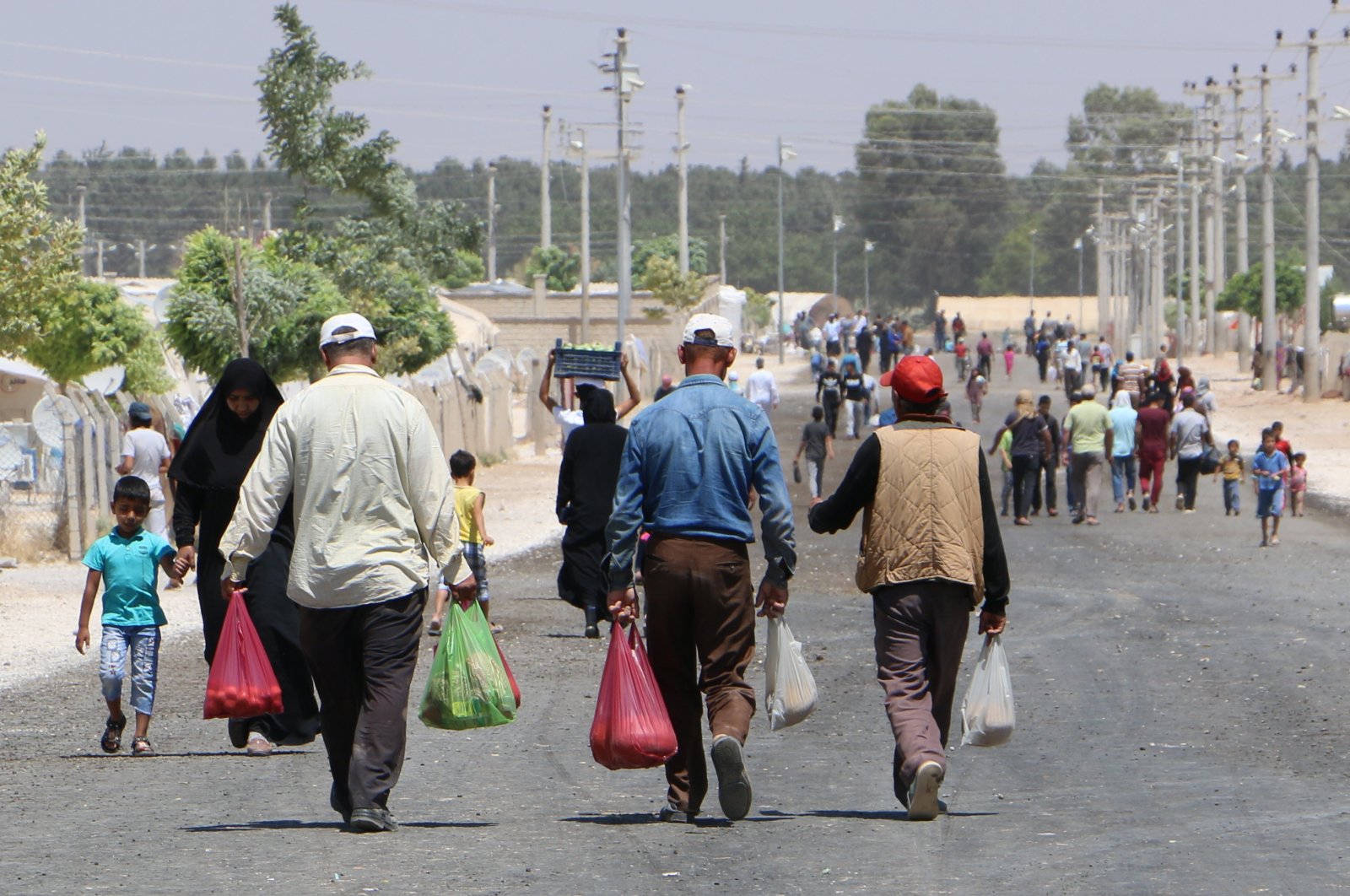 The seventh Astana summit was held via teleconference Wednesday with the participation of the foreign ministers of three guarantor countries: Turkey, Russia and Iran.

Following the meeting, Foreign Minister Mevlüt Çavuşoğlu said on his Twitter account that the main subject of the summit was the coronavirus outbreak and the latest situation on the ground in Syria.

“We have discussed the latest developments in Idlib and East of Euphrates as well as the political process, humanitarian situation and the return of refugees,” he wrote.

Later in the day, the Ministry of Foreign Affairs released a statement regarding the teleconference.

"In the meeting, Foreign Minister Mevlüt Çavuşoğlu underlined the importance attached by Turkey to the prevention of the spread of COVID-19 in Syria and, to that end, the necessity to increase coordinated international efforts. In this context, Minister Çavuşoğlu emphasized the need for the uninterrupted continuation of humanitarian assistance activities towards Syria via Turkey," the ministry said.

"The parties expressed their satisfaction in the decrease of tension in Idlib thanks to the Additional Protocol of 5 March 2020 to the Memorandum on Stabilization of the Situation in the Idlib De-escalation Area. Minister Çavuşoğlu emphasized the importance of making the ceasefire established by the Additional Protocol a lasting one, shared information about the steps taken by Turkey to this end and underlined that lasting ceasefire constitutes a fundamental necessity to advance the political process," the MFA added.

Saying that Minister Çavuşoğlu briefed his counterparts on Turkey’s activities in the area, following "Turkey’s disruption of the fait-accomplis by the PKK/YPG terrorist organization in east of the Euphrates," the Foreign Ministry statement further stated.

"Minister Çavuşoğlu expressed Turkey’s concerns on the ongoing acts of terror by PKK/YPG and continued attempts to legitimize it as a result of the failure to fully remove PKK/YPG from the regions as foreseen by the Memorandum of Understanding of 22 October 2019," the ministry added, pointing to ongoing terrorist activities by the PKK and its Syrian wing YPG.

The Astana process was initiated by Turkey, Iran and Russia to bring the warring sides in Syria together to find a permanent solution to the nine-year-long war. The main agenda items have been the constitutional system, the political transition, security and resettlement. The first meeting of the Astana process was in Turkey in January 2017 to facilitate United Nations-sponsored peace talks in Geneva.

Meanwhile, according to Anadolu Agency (AA), 185,000 Syrians returned to their homes thanks to the Turkish-Russian-brokered cease-fire on March 5. In Syria's war-ravaged Idlib province, only one small health facility is equipped to receive suspected coronavirus cases.

Besides being the epicenter of the humanitarian crisis in Syria, Idlib is now facing another phase of the crisis as the dysfunctional international system has been unable to meet the needs of millions of displaced people in the city amid the coronavirus pandemic. Speaking to Daily Sabah, Hadi Albahra, the co-chair of the Syrian Constitutional Committee and former president of the Syrian National Coalition, said that even though Idlib has been hosting the highest number of displaced civilians in Syria, the U.N. and World Health Organization (WHO) have failed to provide sufficient amounts of aid to the city.

As many as 185,000 displaced Syrians have returned to their homes in Idlib, northwestern Syria, since Turkey and Russia agreed on a new cease-fire in the region last month, an official said. Around 1 million Syrians were displaced from the province when the Assad regime and its allies launched an offensive in November 2019.

Most of the refugees sought shelter at camps close to the border with Turkey, while others went to areas under the control of the Syrian opposition. Turkey hosts more than 3.7 million refugees, more than any country in the world.

According to the latest numbers retrieved from the U.N., the number of internally displaced people (IDPs) from northwestern Syria is 2,866,471, out of the total regional population of 4,291,884.