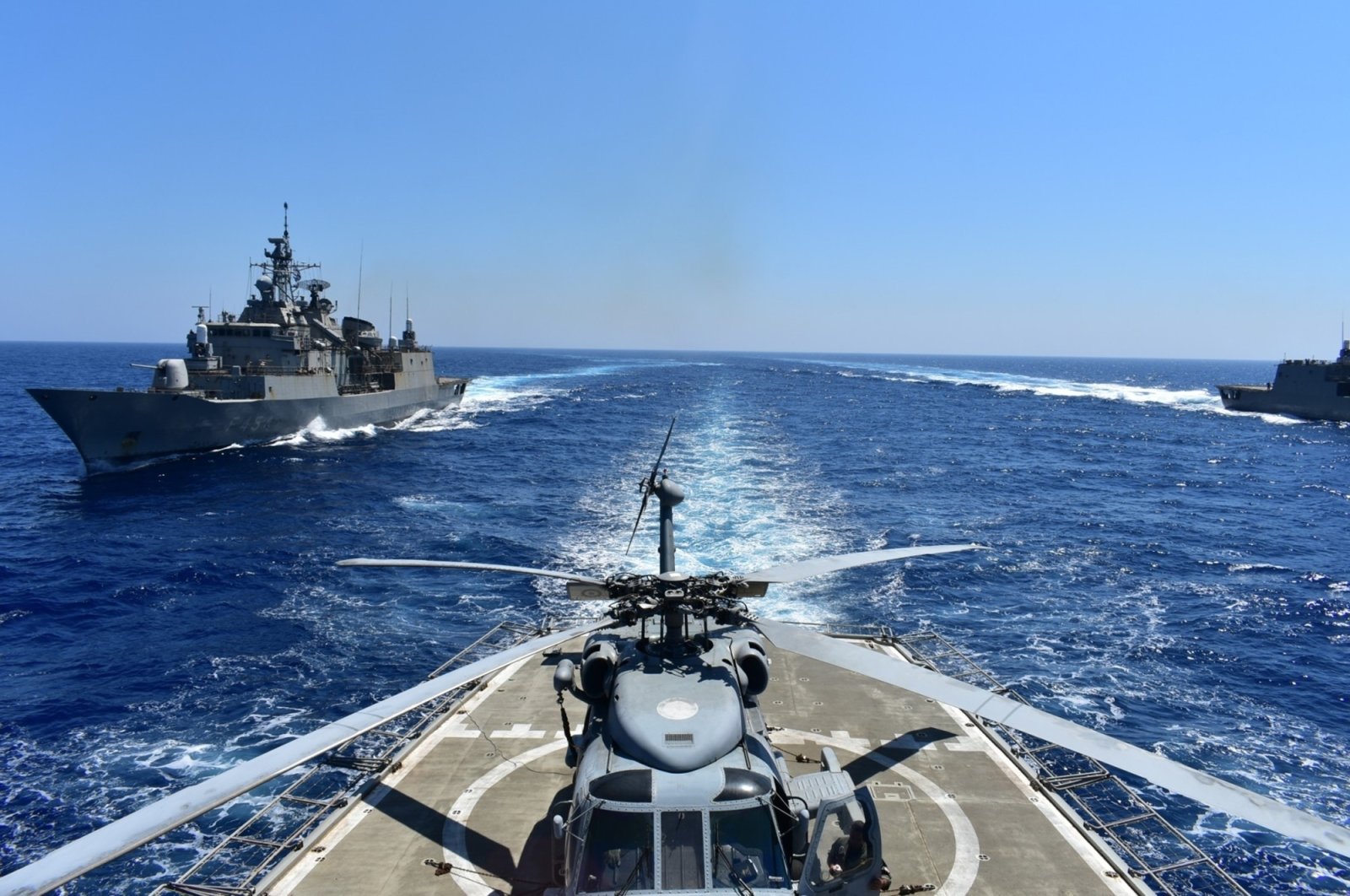 A Greek Deputy criticized Athens for completely putting its trust in France, saying that the European country is only supporting their nation for its own interests in the Eastern Mediterranean, as she called Turkey a regional superpower.

“Nobody is coming to Greece because they love us. They are not dying for Greek interests,” Liana Kanelli, a member of the Greek Parliament for the Communist Party of Greece, said during a live broadcast.

Calling Athens’ cooperation with Paris a “fatal mistake,” Kanelli, who is also a journalist, said some people chant in favor of Greece and France but they should remember former French President Giscard d’Estaing, who initially supported their country’s entry into the European Union and then later said Athens should be suspended from the bloc over its monetary policies.

D’Estaing had called Greece's adoption of the euro in 2001 a "mistake," as he claimed its leaders "neither wanted nor planned to follow eurozone policies" on limiting debt and deficits.

His comments echoed those of former Prime Minister Alain Juppe, a leading candidate for the French presidency in 2017, who said that Greece should be helped to leave the euro "without drama."

Referring to President Recep Tayyip Erdoğan as the strategic brain behind Ankara who protects the country’s interests, Kalenni called Turkey a regional superpower.

Turkey and Greece have been at odds over numerous topics, but the issue of gas exploration in the Eastern Mediterranean has especially heightened tensions between the two neighbors.

Ankara contends that some of the blocks – particularly Block 4, 5, 6 and 7 on which Greek Cypriots have commissioned international energy companies like the Italian ENI and French Total for exploration – violate the country's 200-mile continental shelf as well as the 14-mile territorial waters of the Turkish Republic of Northern Cyprus (TRNC), which has been excluded from exploration efforts by the Greek Cypriot administration in the south of the island.

France has deployed military jets to the Greek-administered side of Cyprus under the pretext that they are holding a drill with Greece and Italy, which Turkey says is against the 1960 treaties on Cyprus.

Athens has also announced that they will be purchasing jets and military equipment from Paris as part of a defense deal.