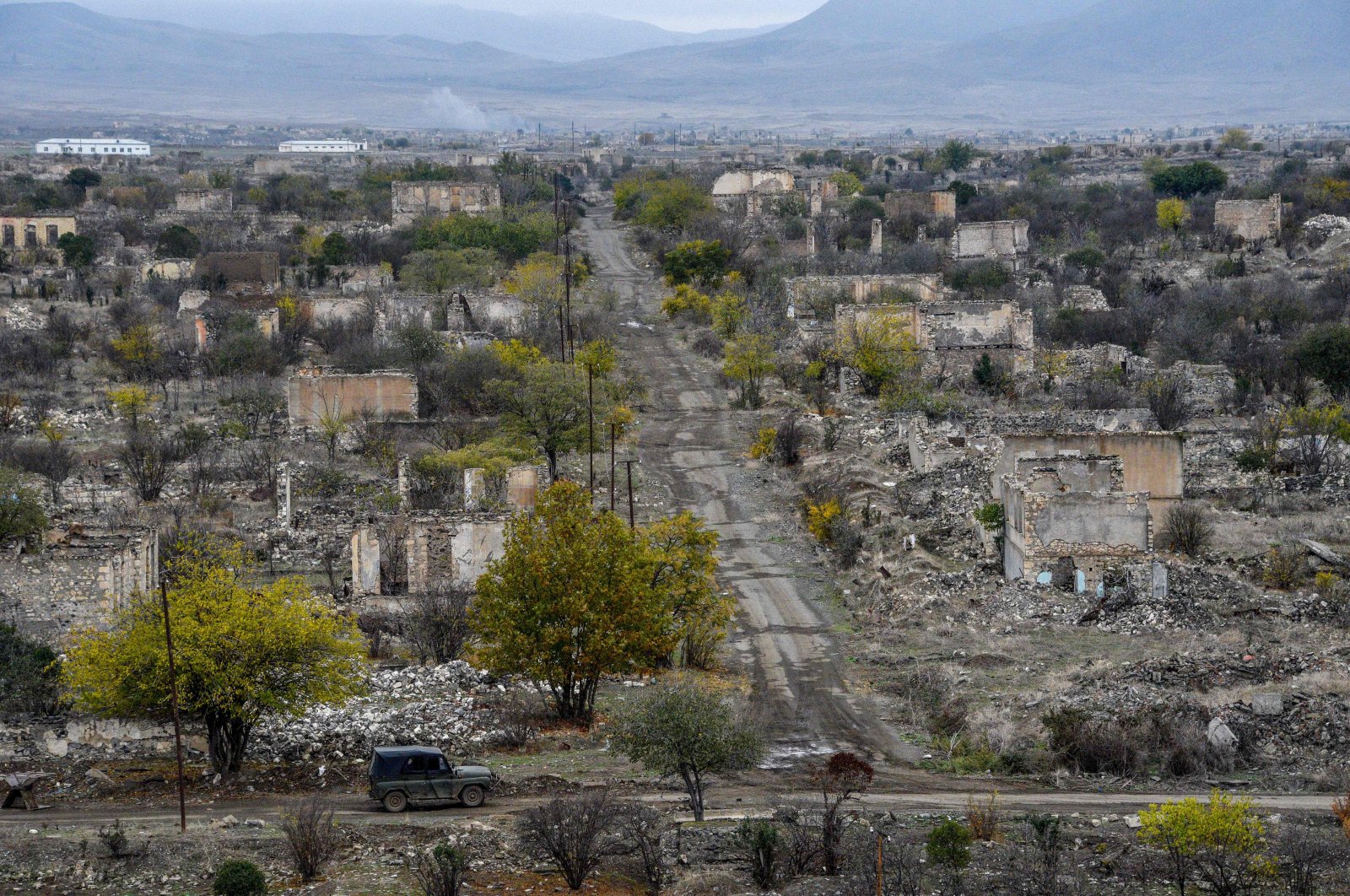 South Caucasus rivals Armenia and Azerbaijan on Sunday mutually accused each other's armies of opening fire at their border near the region of Nagorno-Karabakh in a fresh flare up of tensions between the two countries.

The two former Soviet republics battled for six weeks last autumn over the Armenian-occupied Nagorno-Karabakh in a conflict that claimed more than 6,500 lives.

Among them was the district of Kalbajar, which Baku took over last year after nearly three decades of Armenian control.

The Azerbaijani ministry claims to have "taken adequate measures to put an end to the provocation."

"Units of the Azerbaijani Armed Forces attempted a provisional offensive in the eastern direction of the Armenia-Azerbaijan border," Yerevan's defense ministry said in a statement.

Armenian soldiers "prevented the enemy's attempt" and "an intensive exchange of fire began," it said.

Another Russian news agency, RIA, quoted Armenia's Security Council as saying the incident took place on Sunday but the Azeri troops had since left.

Pashinian did not say on what scale the incursion had taken place but told a security council meeting that he had dismissed minister Arshak Karapetyan over the incident.

Since last year's war, both Azerbaijan and Armenia have reported occasional exchanges of fire along their shared border, sparking fears of another flare up in their territorial dispute.

The war ended in November with a Russian-brokered cease-fire under which Armenia ceded territories it had occupied for decades to Turkish-backed Azerbaijan, but tensions remain high.

Most recently, Azerbaijan's Foreign Minister Jeyhun Bayramov discussed the Nagorno-Karabakh with his French and Armenian counterparts in Paris on Wednesday.

According to a statement from France's Foreign Ministry, Jean-Yves Le Drian held separate meetings with Bayramov and Ararat Mirzoyan, the Armenian Foreign Minister. They then had a trilateral meeting as part of the Organization for Security and Cooperation in Europe (OSCE) Minsk Group.

The Minsk Group, co-chaired by France, Russia and the United States, was formed in 1992 to find a peaceful solution to the conflict between Baku and Yerevan over the occupied Nagorno-Karabakh region. However, for years it has been unable to provide a solution.

During the 44-day conflict, Azerbaijan liberated several cities and 300 settlements and villages that were under the Armenian occupation for almost 30 years.