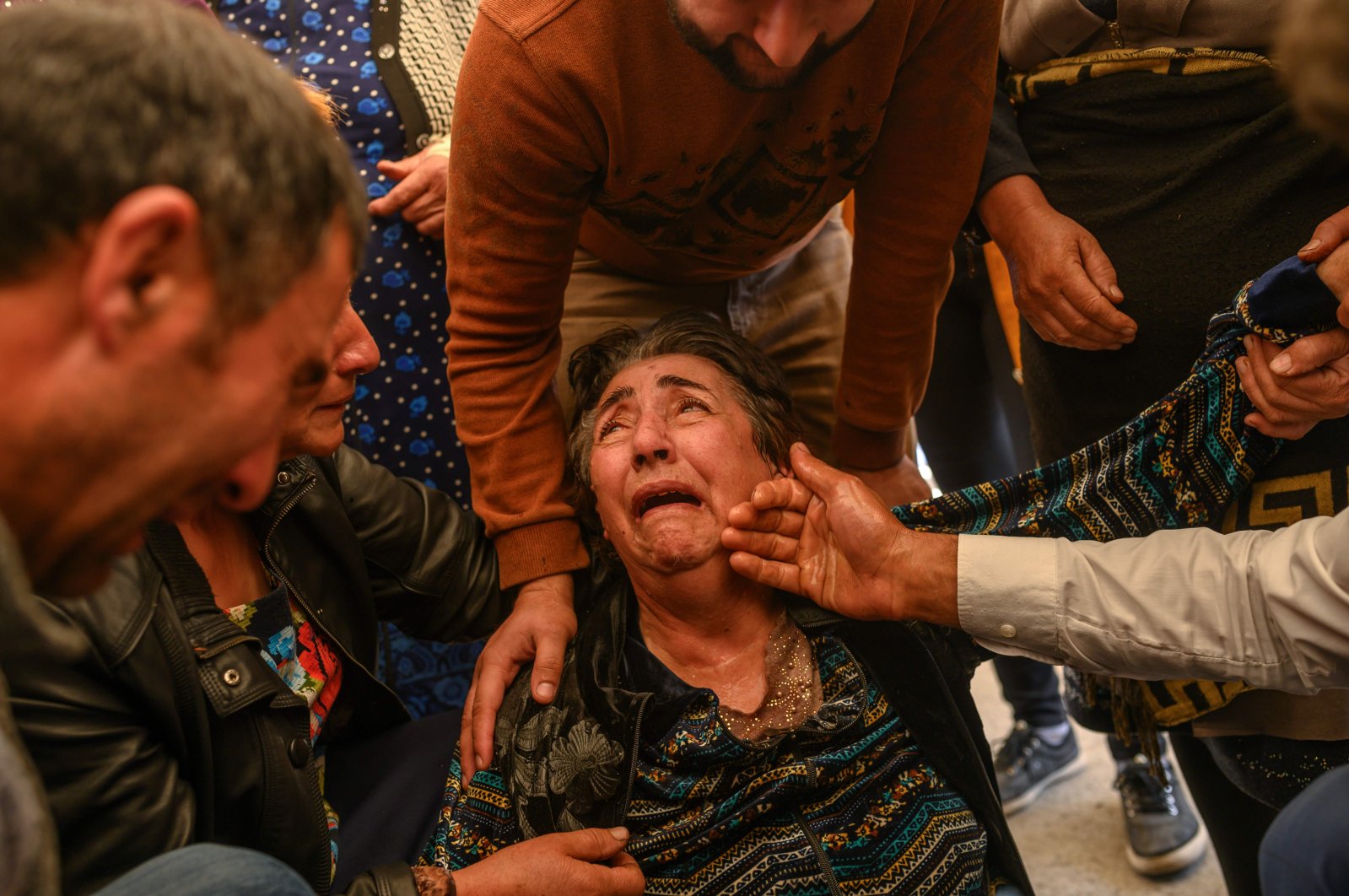 Relatives of Royal Sahnazarov, his wife Zuleyha Sahnazarova and their daughter Medine Sahnazorava, who were killed when an Armenian rocket hit their home, mourn during their funeral in the city of Ganja, Azerbaijan, on October 17, 2020 during fighting over the breakaway region of Nagorno-Karabakh. (AFP photo)
by Anadolu Agency Oct 17, 2020 11:14 pm

Both Azerbaijani and Armenian governments have agreed to a fresh cease-fire starting midnight Sunday.

"The Republic of Azerbaijan and the Republic of Armenia have agreed to a humanitarian truce as of 18 Oct. midnight local time [8 p.m. GMT]," Azerbaijan's Foreign Ministry said in a written statement Saturday.

"This decision was taken following the statement of the Presidents of the French Republic, the Russian Federation and the United States of America, representing the co-chair countries of the OSCE Minsk Group of 1 October 2020, the Statement by the Co-Chairs of the OSCE Minsk Group of 5 Oct., and in line with Moscow Statement of 10 October 2020," it added.

On Oct. 10, Baku and Yerevan agreed on a cease-fire starting midday to allow an exchange of prisoners and the recovery of bodies in Nagorno-Karabakh.

Before 24 hours passed over the agreement, the Armenian Army carried out a missile attack on Ganja, killing 10 and injuring 35 others.

On Oct. 15, it also targeted civilians visiting a cemetery in the western city of Terter. Four people were killed and four others were injured in the attack.

Earlier Saturday, at least 13 civilians were killed, including four women and three minors, while nearly 50 others were injured when Armenian missiles once again struck Ganja.