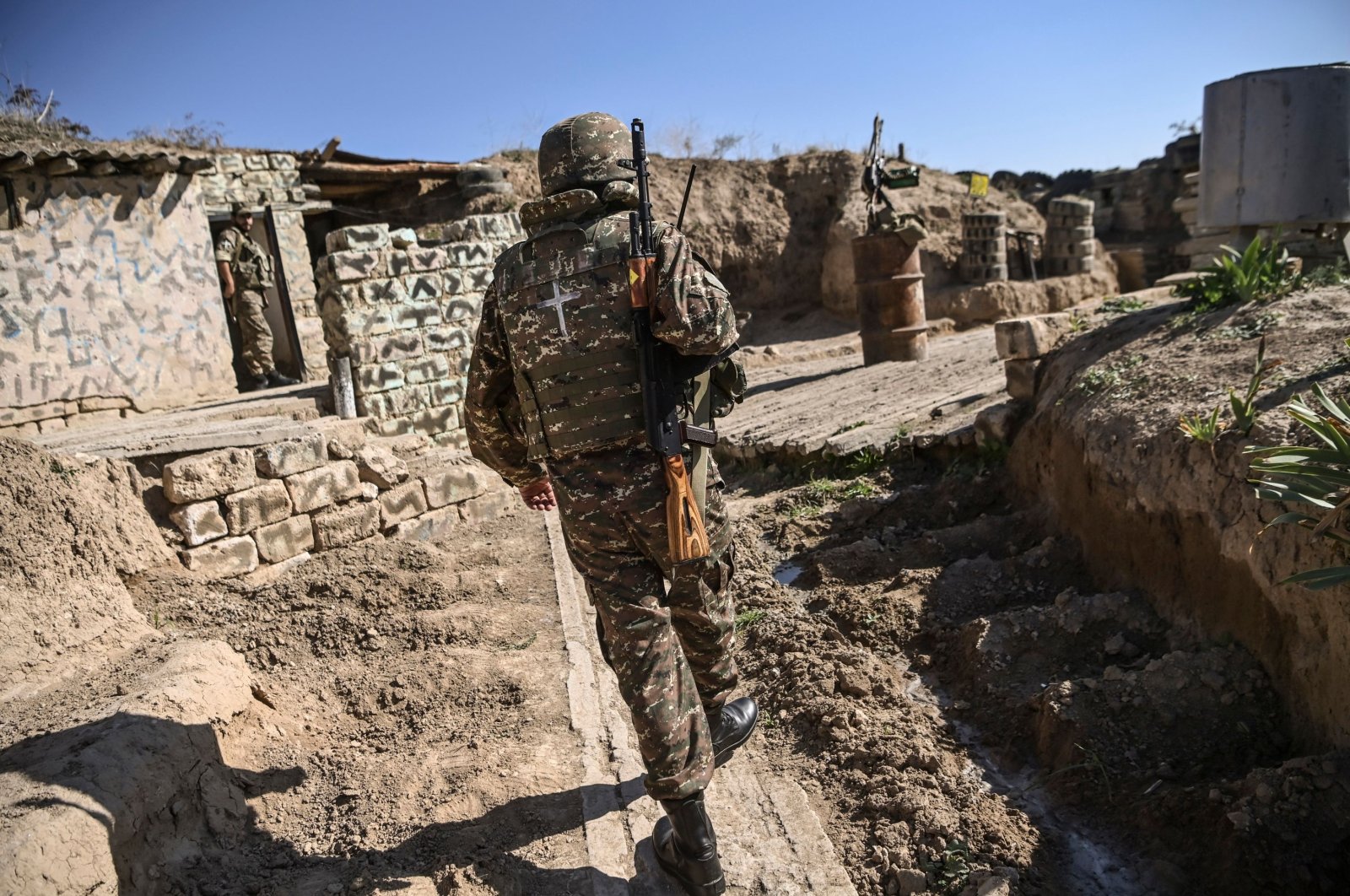 An Armenian soldier walks as troops hold positions on the front line in the occupied region of Nagorno-Karabakh on Oct. 25, 2020. (AFP Photo)
by Daily Sabah with Agencies
Oct 25, 2020 10:59 pm

A humanitarian cease-fire will take effect Monday morning between Armenia and Azerbaijan over the occupied territory of Nagorno-Karabakh, a joint statement from the U.S. State Department and the two governments said on Sunday.

The cease-fire, which was agreed to in Moscow earlier in October, will take effect on Monday at 8 a.m. (0400 GMT), according to the joint statement by the United States, Armenia and Azerbaijan.

Deputy Secretary of State Stephen Biegun met Saturday with the foreign ministers of the two countries, the department said in a statement on Sunday.

The U.S. facilitated negotiations with the Azerbaijani Foreign Minister Jeyhun Bayramov and Armenian Foreign Minister Zohrab Mnatsakanyan and the Minsk Group co-chairs to move the two nations closer to a peaceful resolution of the Nagorno-Karabakh conflict, U.S. Secretary of State Mike Pompeo said in a tweet.

In a separate statement, the OSCE Minsk Group, formed to mediate the conflict and led by France, Russia and the United States, said its co-chairs and foreign ministers would meet again on Oct. 29 to discuss the Nagorno-Karabakh issue.

Ilham Aliyev said on Twitter that the Azerbaijani army liberated the city center, as well as some villages in Qubadli, Zengilan and Jabrayil.