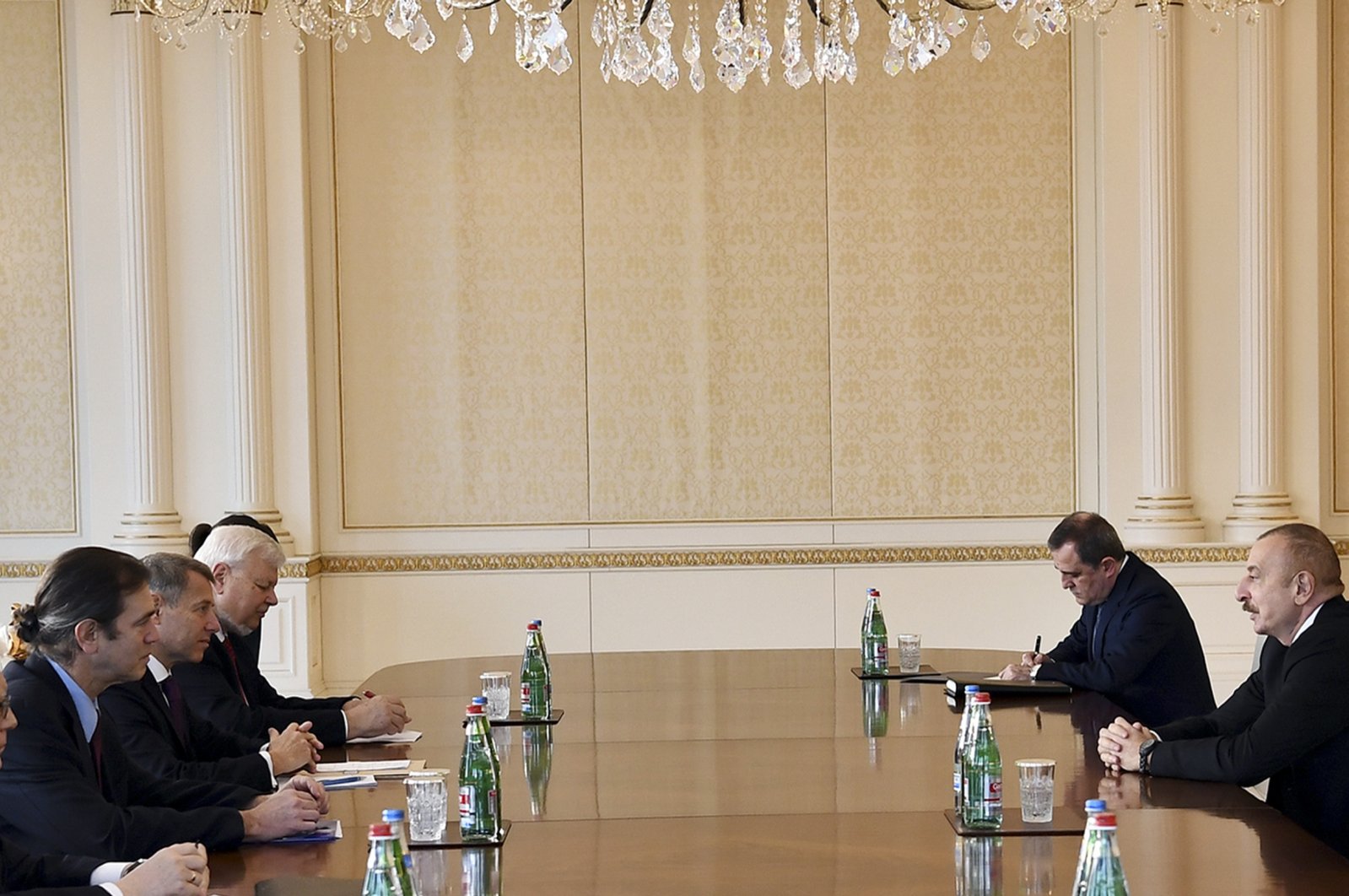 Azerbaijan's president on Saturday said the Organization for Security and Co-operation in Europe (OSCE) Minsk Group has not played any role in resolving the Nagorno-Karabakh conflict which recently escalated again after Armenian forces launched attacks on Azerbaijani civilians and security personnel.

President Ilham Aliyev's remarks came amid an OSCE Minsk Group meeting held in the capital Baku with the participation of the group's co-chairs France's Stephane Visconti and Andrew Schofer from the United States, along with the Personal Representative of the OSCE Chairperson-in-Office Andrzej Kasprzyk.

Aliyev said the status-quo in the region has changed and that it was Azerbaijani leadership who resolved the decades-long conflict through force and diplomatic means.

Although the OSCE Minsk Group came up with ideas in an effort to resolve the dispute, these did not bear any fruit, according to the president.

Azerbaijan solved this problem on its own, Aliyev also said, adding that his country managed to beat Armenia on the battlefield.

The president further noted that Baku does not have any problem with the Armenian population living in the region, stressing that their living standards will improve under Azerbaijani rule.

During the 44-day conflict, Azerbaijan liberated several cities and nearly 300 settlements and villages from Armenian occupation.

The two countries signed a Russian-brokered agreement on Nov. 10 to end fighting and work toward a comprehensive resolution.