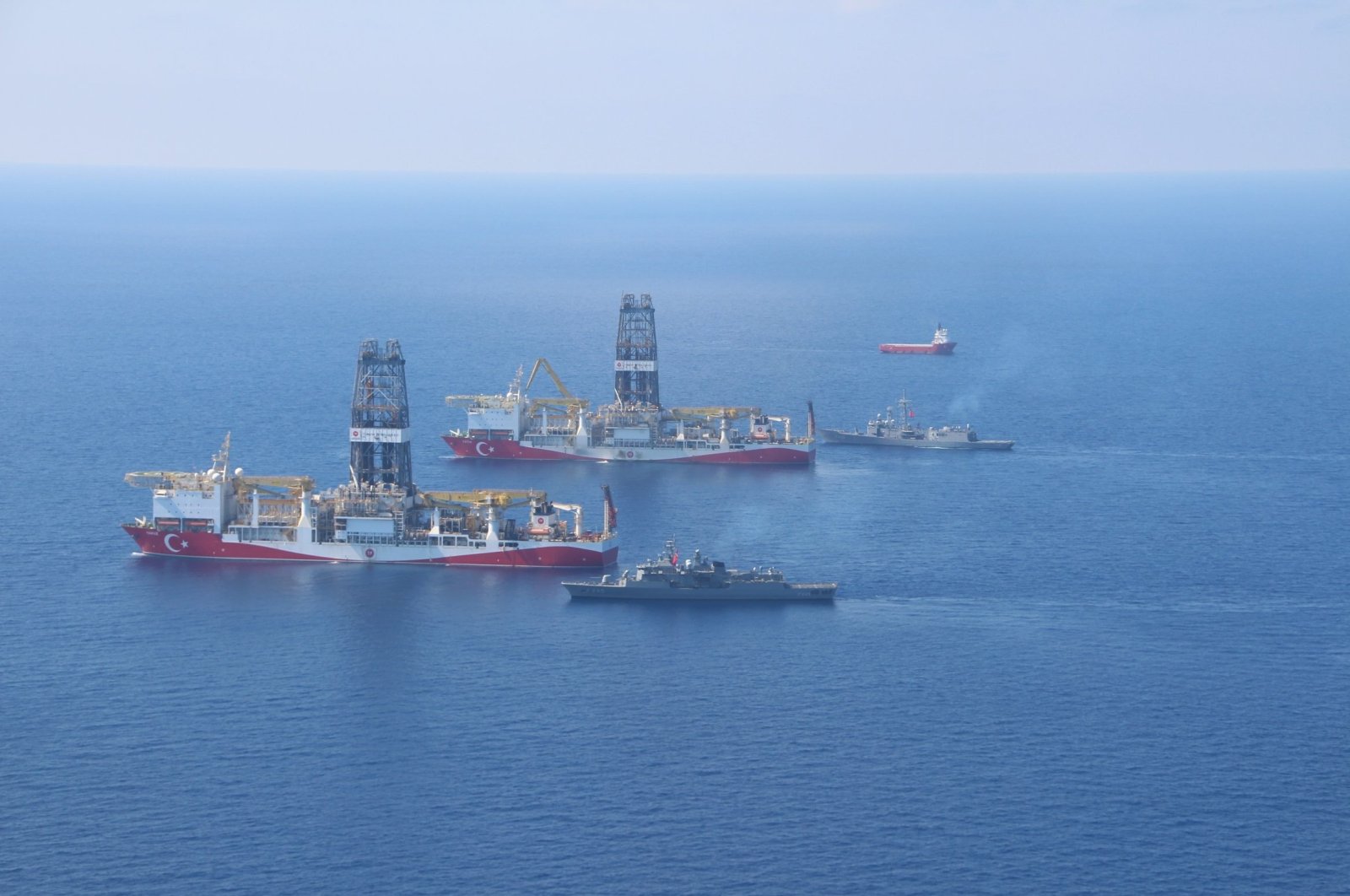 In a statement, Abdullayeva said Azerbaijan hopes ongoing tensions in the area are resolved soon.

“We resolutely support all steps taken by brother Turkey in line with international law toward peace and stability,” the statement read.

Abdulleyeva continued by criticizing recent anti-Turkey statements by Armenia, saying that the country needs to be condemned for exploiting the fragile situation in the Mediterranean in its political favor.

Armenia’s Foreign Ministry issued a statement Saturday saying that it is “carefully watching” the latest developments in the Aegean Sea and Eastern Mediterranean.

The three officials decided on the next step to take before the EU Foreign Ministers' meeting to be held in Berlin on Aug. 27-28.

Claiming that Turkey's activities in the region are directed against the EU, Dendias called on the bloc to respond to counter it.

He said Turkey is ignoring international and maritime law as well as European values.

On Friday, EU foreign ministers expressed "full solidarity" with Greece and the Greek Cypriot administration, urging an "immediate de-escalation" as Greek and Turkish ships shadowed each other.

Greece has around 6,000 islands and smaller islets in the Aegean and Ionian Seas, more than 200 of them inhabited. On the other hand, Turkey has the longest coastline in the Mediterranean.

The search for oil and gas has long been a source of tension between NATO allies Greece and Turkey.

Foreign Minister Mevlüt Çavuşoğlu has said his country would step up energy exploration and will not "compromise" on its rights.

The Egypt-Greece deal has established “partial demarcation of the sea boundaries between the two countries, and ... the remaining demarcation would be achieved through consultations,” the MENA news agency reported.

Egypt's Parliament Speaker Ali Abdel-Al called the deal “very significant” and said it is “in line with international law.”

He said the agreement with Greece comes amid tensions in the East Mediterranean region and “attempted provocations by some countries.”