Azerbaijan getting closer to victory in Nagorno-Karabakh, Erdoğan says 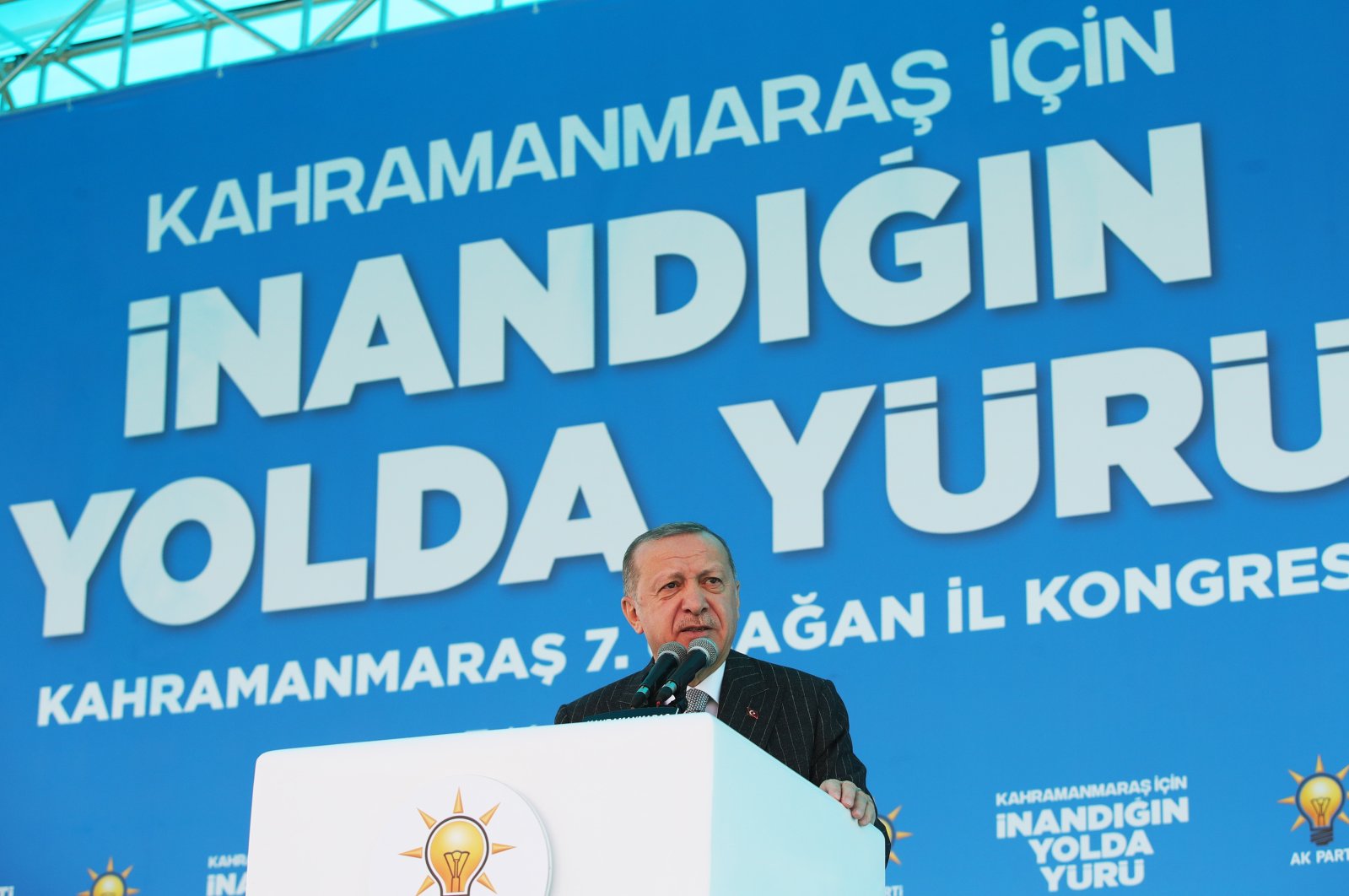 President Recep Tayyip Erdoğan said Saturday that Azerbaijan is getting closer to victory against Armenia in its efforts to end the 30-yearslong occupation in Nagorno-Karabakh.

Erdoğan was speaking at the 7th Ordinary Congress of the Justice and Development Party (AK Party) in Kahramanmaraş.

He noted that he spoke with his "brother," Azerbaijani President Ilham Aliyev, in a phone call and that the latter told him about the positive developments in Nagorno-Karabakh.

"They have been away from their occupied lands for 30 years, but now, they will hopefully reunite with their occupied lands," Erdoğan said, in reference to Armenia's three-decade occupation of Nagorno-Karabakh, an internationally recognized territory of Azerbaijan.

Following the breakout of fresh clashes on Sept. 27, Armenia has repeatedly attacked Azerbaijani civilians and its military forces, violating three humanitarian cease-fire agreements since Oct. 10. Azerbaijan has liberated over 200 villages from Armenian occupation to date.

World powers including France, Russia and the United States have called for a sustainable cease-fire. Ankara, meanwhile, has supported Baku's right to self-defense and demanded the withdrawal of Armenia's occupying forces.

Four United Nations Security Council resolutions and two more from the U.N. General Assembly, in addition to calls by multiple international organizations, demand the "immediate, complete and unconditional withdrawal of the occupying forces" from Azerbaijani territory.

Erdoğan also said Turkey has been standing up against several types of oppression while preserving and protecting its interests in the region.

"Turkey would not have been targeted by other countries if it did not pursue its goals and preserve its interests in the region, including the Eastern Mediterranean," he said.

The president also noted that he will be visiting the Turkish Republic of Northern Cyprus (TRNC) and will meet with the Nationalist Movement Party (MHP) Chairman next week. The delegation will have a picnic in the closed city of Varosha (Maraş) on Nov. 15.

Last month, the TRNC government partially reopened Varosha's beachfront area. The "ghost town" had been abandoned for 46 years, in a move welcomed by Turkey and opposed by Greece.

Varosha was a famous resort region of Cyprus that boasted a capacity of 10,000 beds across more than 100 hotels, but it has been closed since 1974.

The coup was the result of decadelong, interethnic violence and terrorism targeting Turkish Cypriots, who were forced to live in enclaves when Greek Cypriots unilaterally changed the constitution in 1963 and stripped the island's Turks of their political rights.

If the Greek Cypriots had accepted the 2004 U.N. Cyprus reunification plan, the Annan Plan, Varosha would now be back under Greek Cypriot control and its residents back in their homes.

If the Greek and Turkish sides had reached an agreement, Greek Cypriots would have had access to Varosha as well as Turkish ports and airports, and Turkish Cypriots will be able to engage in direct trade via the Gazimağusa (Famagusta) port.