Azerbaijan not against peacekeepers, observers in Nagorno-Karabakh, Aliyev says 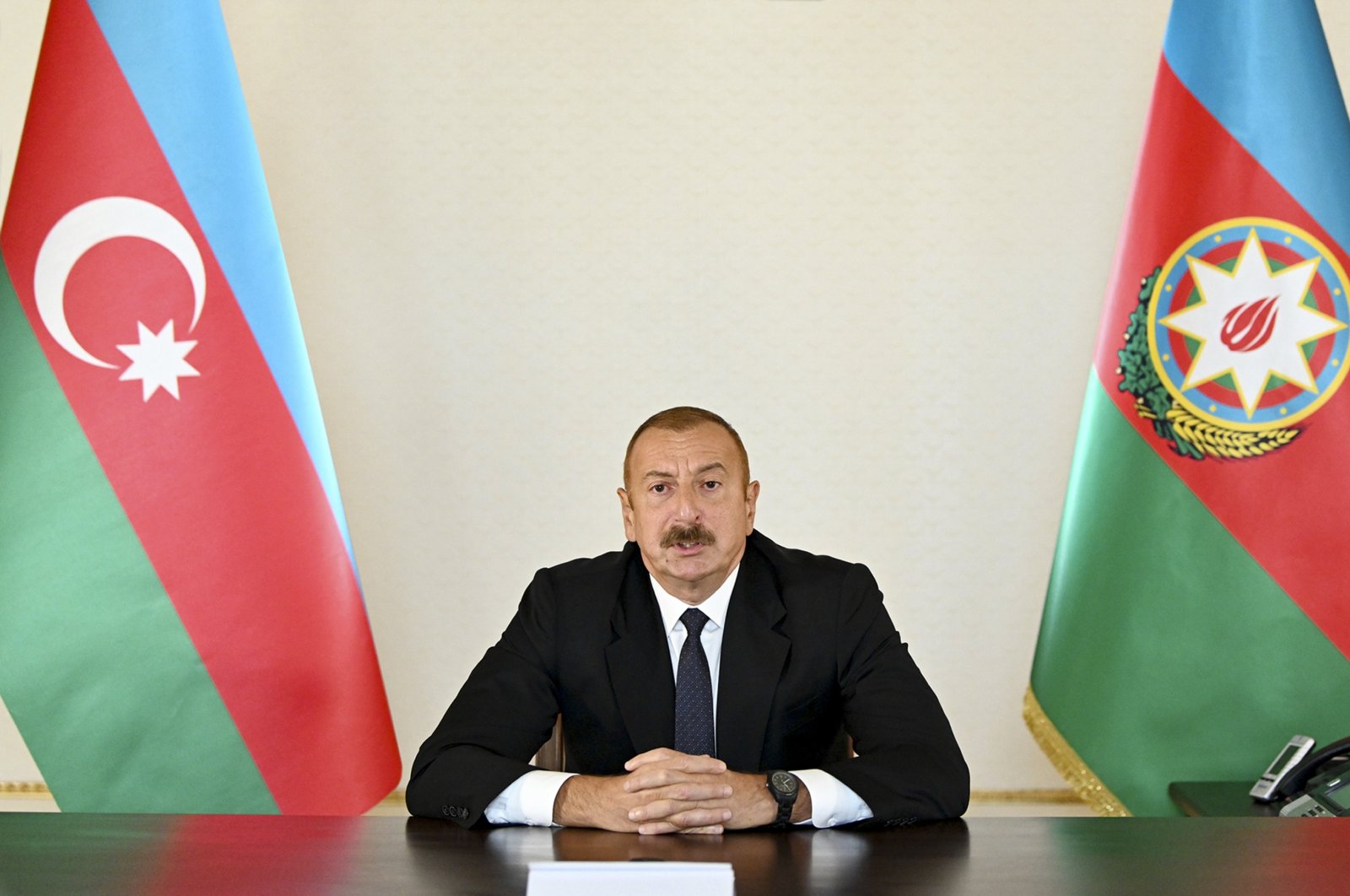 Azerbaijan does not oppose the deployment of peacekeeping troops to the Armenian-occupied Nagorno-Karabakh region, President Ilham Aliyev said Thursday.

The Azerbaijani president said he is not against observers and peacekeepers in the region but added that Baku would present its own conditions, according to Russia's RIA agency.

Aliyev also said he would not rule out what he termed "cultural autonomy" for ethnic Armenians in the occupied Nagorno-Karabakh.

Nagorno-Karabakh lies within Azerbaijan but has been under the control of Armenian separatists, backed by Armenia, since a war that ended in 1994. The current fighting that started on Sept. 27 marks the biggest escalation in the conflict since then.

Two Russia-brokered cease-fires frayed immediately after entering force, and the warring parties have continued to trade blows with heavy artillery, rockets and drones.

Aliyev wants to end hostilities and says Armenian forces must withdraw from the illegally occupied Nagorno-Karabakh.

Armenian leader Nikol Pashinian, meanwhile, said Wednesday that he does not think a diplomatic solution to the crisis is possible, as he called on citizens to join the fight in Nagorno-Karabakh.