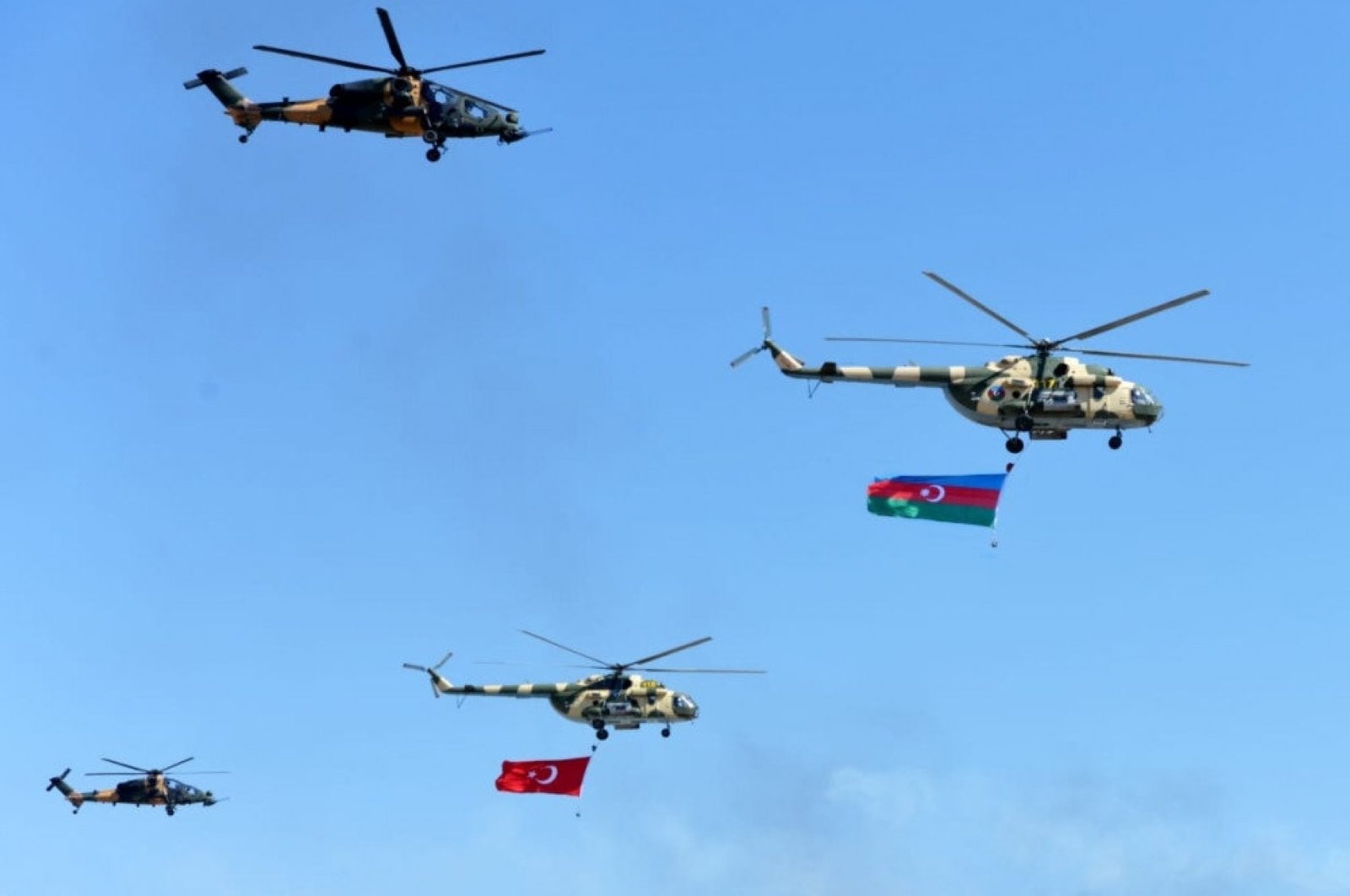 Azerbaijan considers Turkey's friends as its own and sees its enemies as its own enemies, the vice-speaker of the Azerbaijani parliament said Wednesday, reiterating Baku's support for Ankara in the Eastern Mediterranean.

"We clearly announce to the world that we accept Turkey's friends as ours and its enemies as ours," Adil Aliyev told Anadolu Agency (AA), adding that Azerbaijani-Turkish relations have reached unprecedented heights.

Highlighting that the leaders of both countries see each other as brothers rather than close friends, Aliyev said this brotherhood and friendship bother some countries.

Referring to the "one nation, two states" remark of late Azerbaijani President Heydar Aliyev, the vice-speaker said: "It was like this yesterday, is like this today and will be like this tomorrow. We have a common position, and we don't hesitate to say it."

About recent military drills between Turkey and Azerbaijan, Aliyev said Ankara always stands by Baku and the joint exercises between the two countries have strengthened Azerbaijan's army.

He said the strongest military organization today is NATO, and Turkey is the leading country in the alliance.

"We don't only observe what is happening, we also tell the world that we always stand with Turkey," he said.

"It's time for the world to see the power of Turks once again," he concluded.

During the meeting, Aliyev vowed to stand by Turkey, saying: "I can tell you and it is no secret, that Turkey is not only our friend and partner but also a brotherly country for us. Without any hesitation whatsoever, we support Turkey and will support it under any circumstances."

Turkey – the country with the longest coastline on the Eastern Mediterranean – has sent out drillships to explore for energy on its continental shelf, saying that Turkey and the Turkish Republic of Northern Cyprus (TRNC) have rights to natural resources in the region.

Dialogue for fairly sharing these resources will be a win-win for all sides, Turkish officials have repeatedly said.