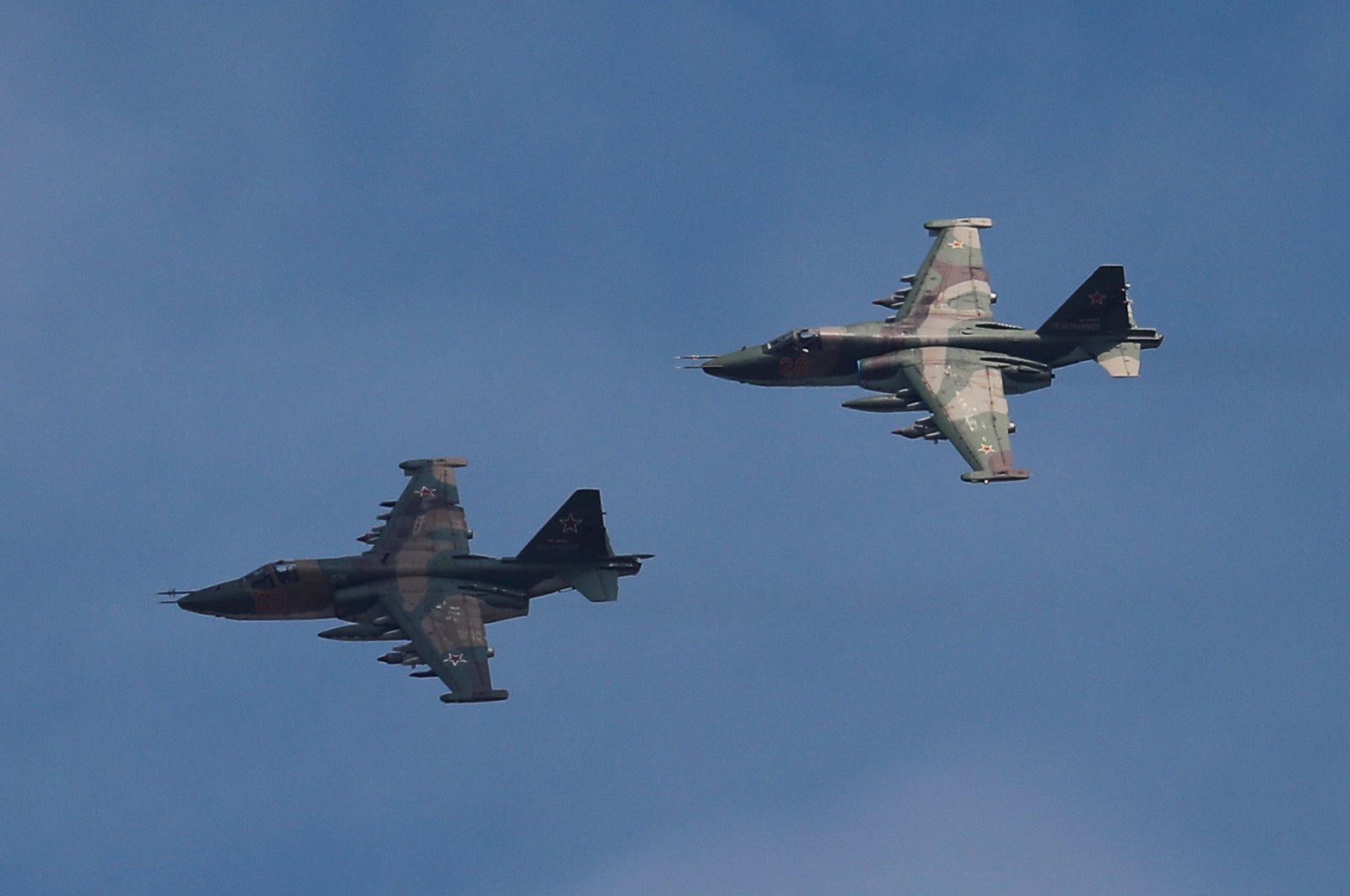 Sukhoi Su-25 jet fighters fly in formation during the Aviadarts competition, as part of the International Army Games 2018, at the Dubrovichi range outside Ryazan, Russia on Aug. 4, 2018. (Reuters Photo)
by DAILY SABAH Oct 17, 2020 11:27 am

According to the statement, the fighter jet attempted to attack Azerbaijani soldiers close to the city of Jabrayil at around 11:11 a.m. local time.

The jet was downed by Baku's air defense forces, the statement added.

The previous night, Armenia launched a missile on Azerbaijan's second-largest city of Ganja, killing 13 civilians and injuring more than 40 others.

The attacked residential area in Ganja, miles away from the occupied Nagorno-Karabakh region, was shelled by missile strikes and around 20 apartment buildings had been hit, Baku's prosecutor general's office said Saturday.

The latest outburst of fighting between Azerbaijani and Armenian forces began Sept. 27 and left hundreds of people dead in the biggest escalation of the decades-old conflict over Nagorno-Karabakh since a separatist war there ended in 1994.

The region officially belongs to Baku but has been under the control of ethnic Armenian forces backed by Armenia for decades.