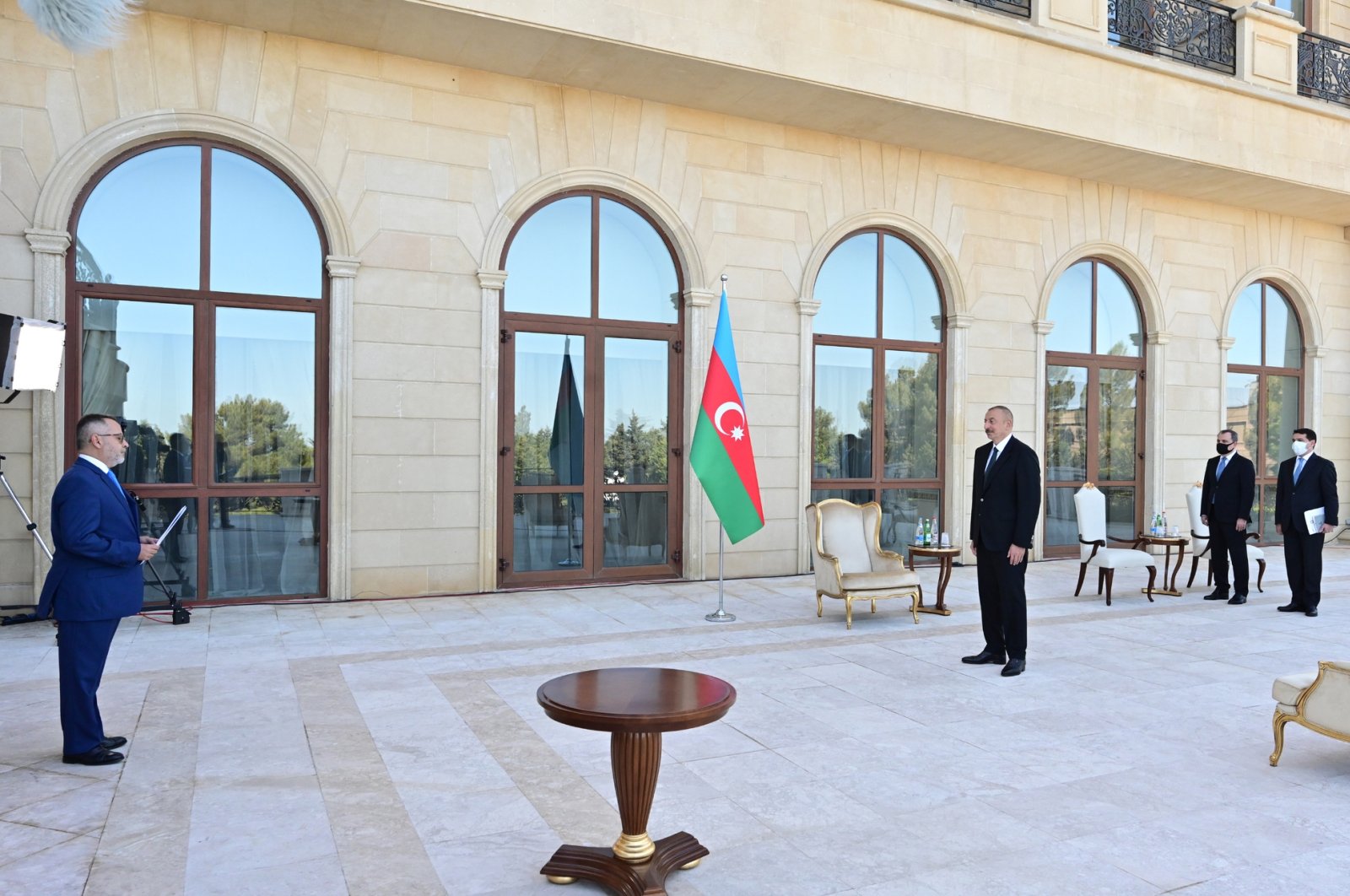 Azerbaijan's President Ilham Aliyev vowed Wednesday to "stand with Turkey under any circumstances without any hesitation," the Azertac state news agency reported.

Aliyev made the remarks while accepting the credentials of Greece's newly appointed ambassador to Azerbaijan, Nikolaos Piperigos, at an event in the capital Baku.

"I can tell you, and it is no secret, that Turkey is not only our friend and partner, but also a brotherly country for us. Without any hesitation whatsoever, we support Turkey and will support it under any circumstances," the Azerbaijani leader told Piperigos.

Greece has attempted to illegally restrict Turkey's maritime territory, trying to box it into its shores based on small Greek islands near the Turkish coast.

Turkey has argued that the sides should instead sit down for dialogue to reach a win-win solution based on fair sharing.

Greece has also recently carried out military drills – including with France – meant to intimidate Turkey into halting energy exploration as well as illegally arming Aegean islands in violation of longstanding peace treaties.

Aliyev also briefed the envoy about the Armenia-Azerbaijan Upper Karabakh or Nagorno-Karabakh conflict, adding that Armenia along with other crimes committed genocide against the Azerbaijani people, made a million Azerbaijanis homeless and carried out a policy of ethnic cleansing in the occupied territories as well as violating international law.

He expressed concern about the military cooperation between Armenia, Greece and the Greek Cypriot administration.

Border skirmishes between Armenia and Azerbaijan in July left a dozen Azerbaijani soldiers dead, further escalating tensions between the arch-rivals.

Since 1991, the Armenian military has illegally occupied the Upper Karabakh region, an internationally recognized territory of Azerbaijan.

Four U.N. Security Council and two U.N. General Assembly resolutions as well as decisions by many international organizations refer to this fact and demand the withdrawal of the occupational Armenian forces from Upper Karabakh and seven other occupied regions of Azerbaijan.

Expressing his appreciation, Turkey's foreign minister said on Twitter: "Thank you so much. We have never had doubts about the support of Azerbaijan."