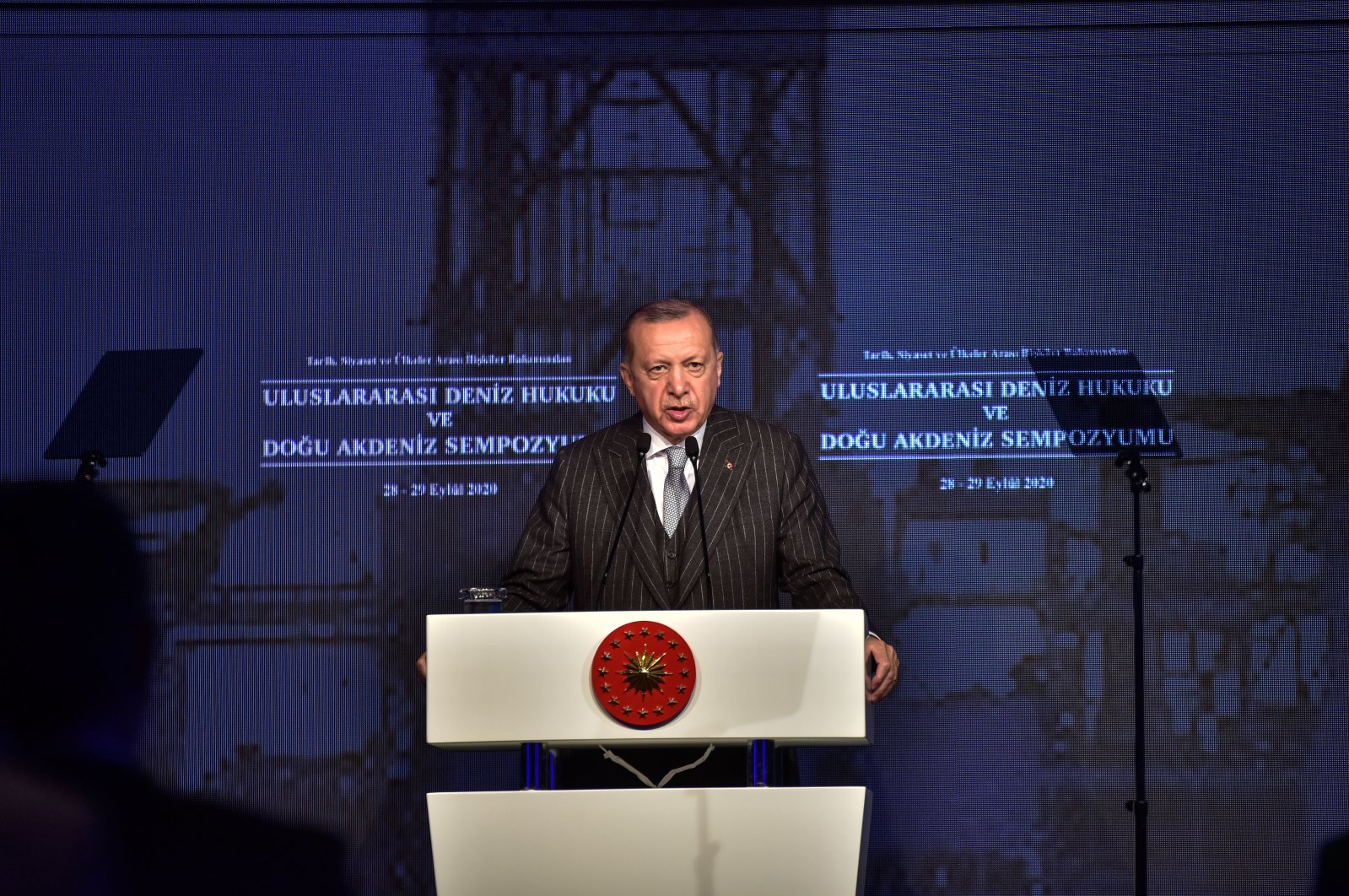 Azerbaijan was forced to take matters into its own hands in response to flagrant Armenian attacks, President Recep Tayyip Erdoğan said as Baku launched a military operation in the occupied Nagorno-Karabakh area after years of Yerevan aggression.

Speaking at the International Maritime Law and Eastern Mediterranean Symposium, Erdoğan said Azerbaijan has been the victim of violence for the past three decades, while the international community has stood by as Armenia kept attacking.

“I condemn Armenia once again for attacking Azerbaijani lands. It is about time to end the crisis that started with the occupation of Nagorno-Karabakh,” Erdoğan said.

He noted that peace will be restored in the region if Armenia halts attacks against Azerbaijan and leaves the occupied Nagorno-Karabakh.

The president said recent developments have given all countries in the region an opportunity to utilize realistic and fair solution methods and that Turkey hopes they make the best use of this opportunity.

Criticizing the Organization for Security and Co-operation in Europe (OSCE) Minsk Group trio – which includes the U.S., Russia and France – for failing to find a solution to the three-decades-old problem, Erdoğan said their initiative has been ineffective.

“They have almost done everything possible not to solve the problem, and now they give advice and occasionally threaten,” Erdoğan said, adding that even though they question the Turkish military’s presence and support for Azerbaijan, they have delivered thousands of trucks full of weapons to Syria.

Highlighting that the international community has chosen to remain silent even though they recognize the fact that Nagorno-Karabakh is occupied by Armenia, Erdoğan said no country holds Yerevan accountable for its crime, which has displaced over a million people in the area.

Ankara reiterated its support to Azerbaijan in the face of Armenian aggression early Sunday, with many officials and the Turkish Foreign Ministry declaring unwavering backing to the brotherly Turkic nation.

The two former Soviet countries have long been in conflict over the Azerbaijani territory of Nagorno-Karabakh, which is under illegal Armenian occupation, and border clashes have intensified in recent months.

Ethnic Armenians in Nagorno-Karabakh declared their independence during a conflict that broke out as the Soviet Union collapsed in 1991.

Though a cease-fire was agreed on in 1994, Baku and Yerevan frequently accuse each other of attacks around Nagorno-Karabakh and along the separate Azerbaijani-Armenian frontier.