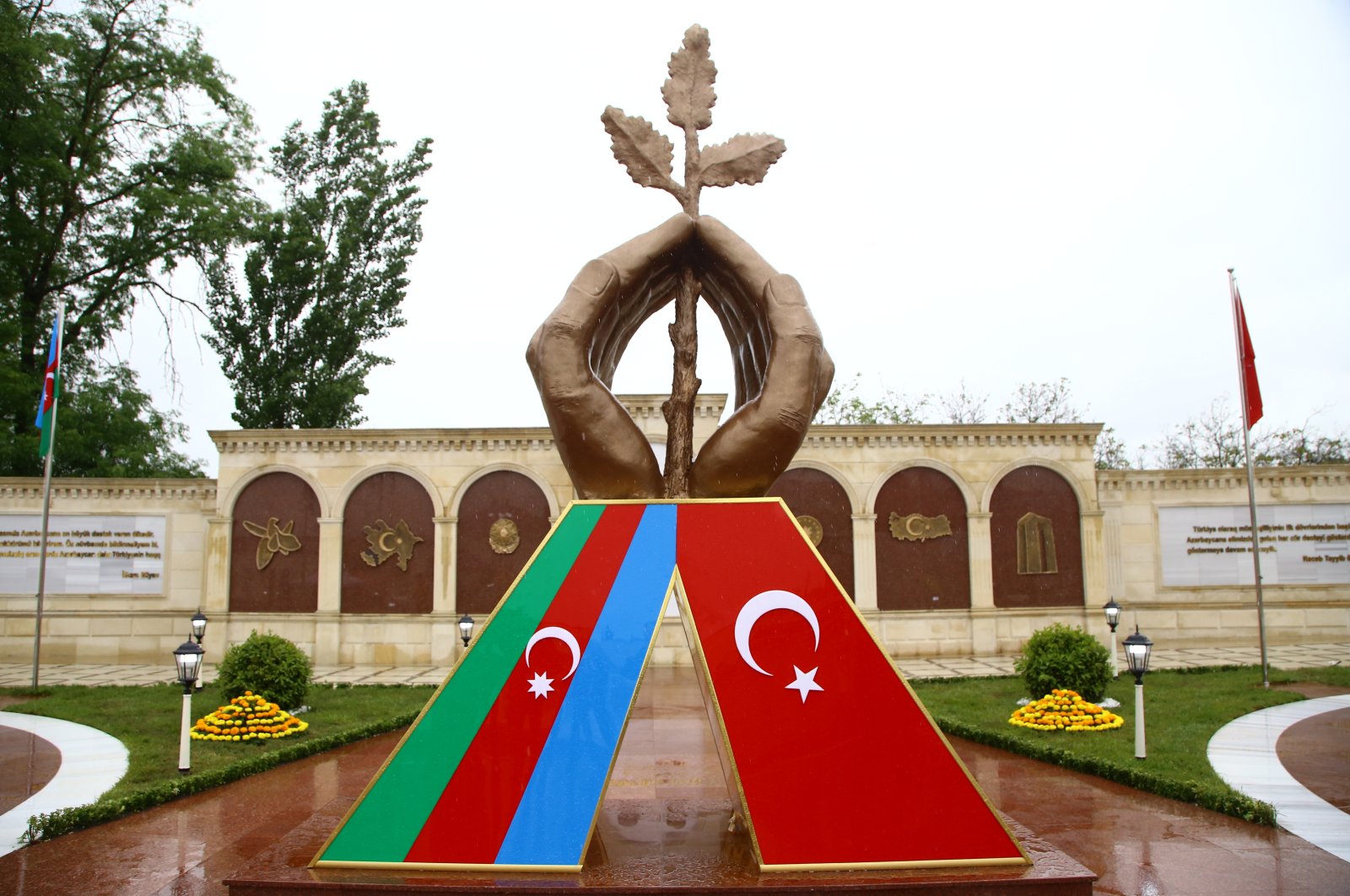 The Azerbaijan-Turkey Brotherhood Park in the city of Guba in the northeastern Quba district, Azerbaijan, May 10, 2021. (AA Photo)
by Anadolu Agency May 11, 2021 11:49 am
RECOMMENDED

Azerbaijan on Monday held an opening ceremony for the Azerbaijan-Turkey Brotherhood Park in the city of Guba in the country's northeastern Quba district.

The park's opening ceremony was attended by the Turkish Ambassador to Azerbaijan Cahit Bağcı, Ziyaddin Aliyev, the head of the Guba executive authority, and lawmakers Ahliman Amiraslanov and Ganira Pashayeva.

Delivering a speech at the ceremony, Bağcı noted that Azerbaijan's national leader Heydar Aliyev was born 98 years ago on the day.

He also congratulated Azerbaijan for its victory in the recent war against Armenian forces to liberate occupied Nagorno-Karabakh.

Also speaking at the ceremony, Aliyev underscored the strong and historical bonds shared by the Turkish and Azerbaijani nations and praised Turkey's contribution to the liberation of Armenian occupied territories.

Relations between the former Soviet republics of Azerbaijan and Armenia have been tense since 1991, when the Armenian military occupied Nagorno-Karabakh, internationally recognized as Azerbaijani territory, and seven adjacent regions.

On Sept. 27, 2020, the Armenian army launched attacks on civilians and Azerbaijani forces and went on to violate several humanitarian cease-fire agreements.

During the 44-day conflict, which ended in a deal signed on Nov. 10 last year, Azerbaijan liberated several cities and nearly 300 settlements and villages from the Armenian occupation.

"Through this park, we wanted to express our gratitude towards Turkey and contribute to eternal Turkish-Azerbaijani brotherhood," Aliyev also said.

The park was decorated with flags and pictures of the two countries' founders, Mustafa Kemal Atatürk and Haydar Aliyev.