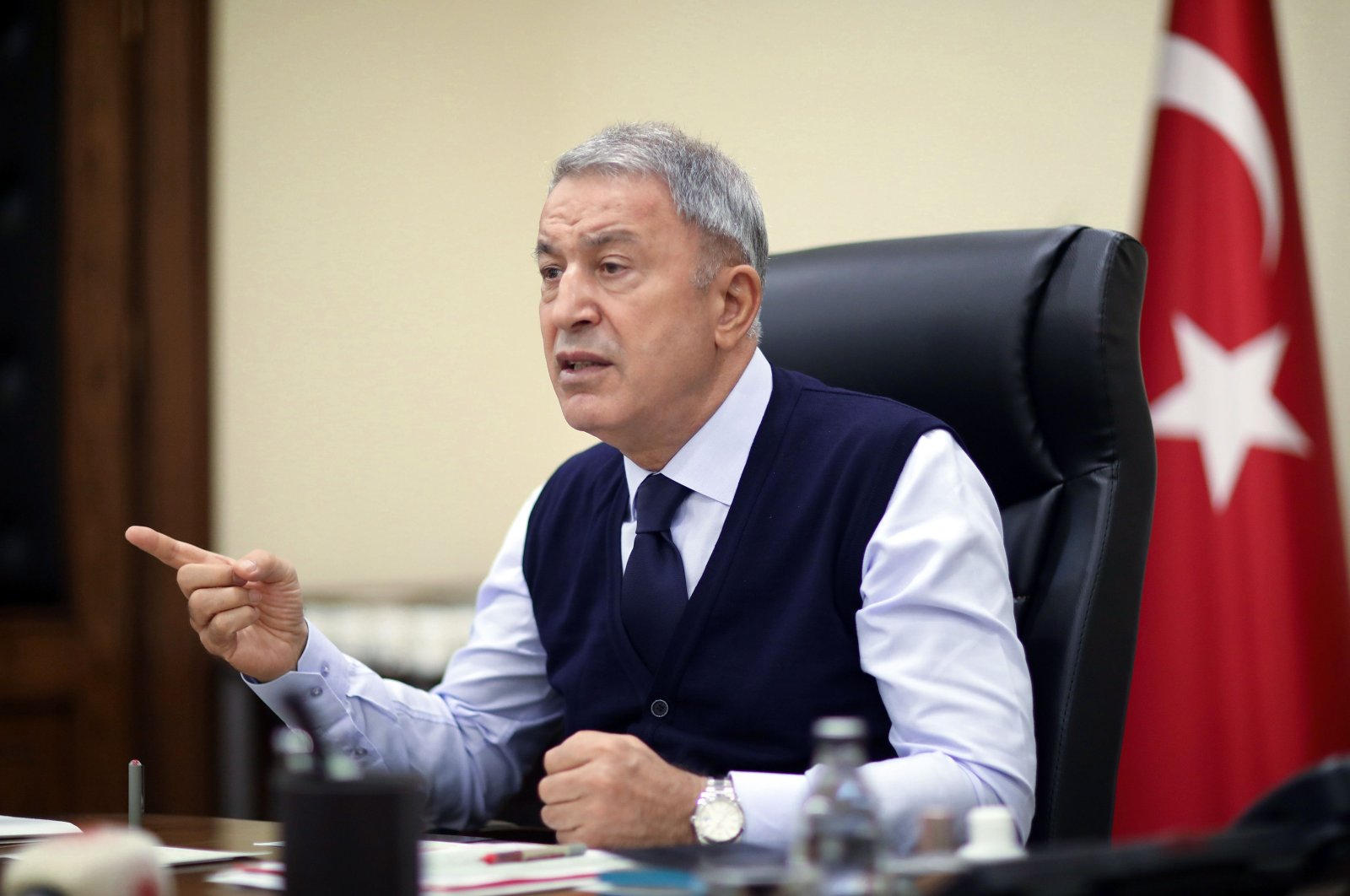 Defense Minister Hulusi Akar Monday discussed regional developments, including Armenia's attacks on Azerbaijan and ongoing developments in Libya and Syria's Idlib, in a phone conversation with his Russian counterpart Sergey Shoigu, highlighting that Baku's patience for Armenian occupation of its territory had run dry.

Akar explained that Armenia needed to stop attacks targeting civilian settlements in violation of the cease-fire agreement and leave the territories it illegally occupied, a statement by the Defense Ministry said.

The statement continued by noting that Akar had also highlighted that Baku would not wait for another 30 years for a solution.

The cease-fire between Azerbaijan and Armenia declared earlier this week did not hold for even a full day, as Yerevan launched an attack on Azerbaijan's second-largest city, Ganja, less than 24 hours from the inking of the cease-fire. Armenian missiles Sunday hit civilian settlements in Ganja, where search and rescue efforts continue among the wreckage.

As a result of all these attacks, Azerbaijan's public chief prosecutor's office announced Monday that 41 civilians had been killed, with 207 others injured. Some 1,185 houses, 148 civilian facilitates and 57 apartments have also been rendered beyond use following the attacks.

Azerbaijani President Ilham Aliyev said Monday that the Minsk Group, formed to mediate the conflict and led by France, Russia and the United States, was biased and that Turkey, which he described as a global power due to its involvement in Syria, Libya and other international conflicts, must be involved in the solution process.

"Turkey is also a member of the Minsk Group. Why shouldn't it be among the co-chairs? Even if many Western countries do not want to accept it, Turkey's word is big; it is fully independent," he said.

Regarding the Idlib crisis, Akar said Turkey had been delivering its commitments in line with the March 5, 2020 agreement and continued to ensure that innocent civilians were able to safely and voluntarily return to their homes.

On Libya, Akar said Turkey continued to support an independent and stable Libya and would continue to strive to ensure that stability is restored in the region.