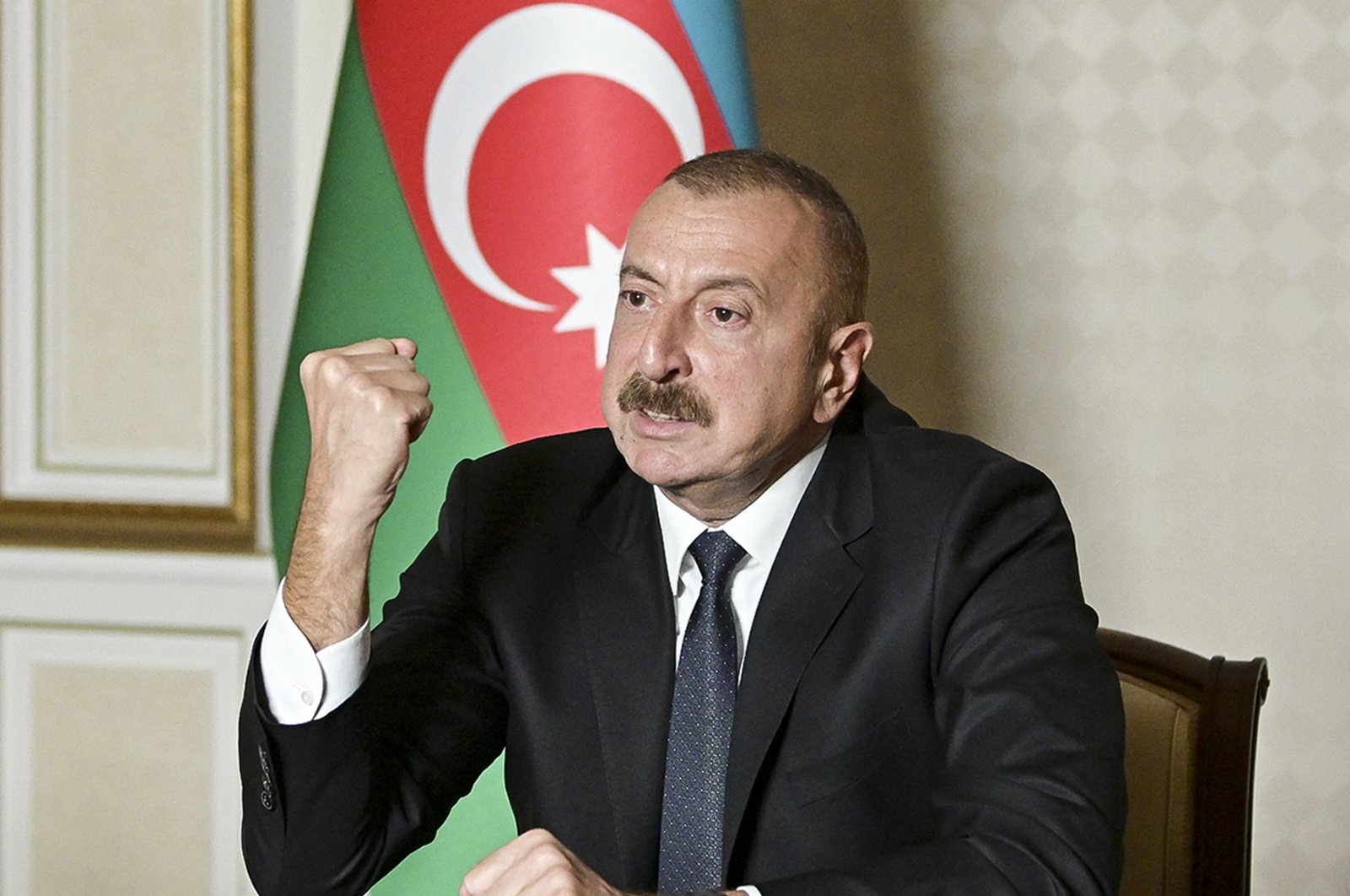 On the 26th day of the conflict in Nagorno-Karabakh, the entire territory on the Azerbaijan-Iran border that was held by Yerevan for almost 30 years has now been saved, President Ilham Aliyev said Thursday. The president celebrated the victory for the people of Azerbaijan and Iran.

The Azerbaijani army also liberated 20 villages and a town from Armenian occupation, he further expressed.

So far in the conflict, three city centers, two towns and 112 villages have been liberated from Armenian occupation.

Armenian “terrorist elements” again unleashed violence in Nagorno-Karabakh on Sept. 27 in an attempt to occupy new lands. Azerbaijan reacted to protect its territory and liberate the areas.

In two missile attacks on Ganja, a major Azerbaijani city far from the front line, Armenia killed some two dozen civilians, including children, and injured scores more. Last Thursday, Armenia also targeted civilians at a cemetery in the western city of Tartar, killing four and injuring four others.