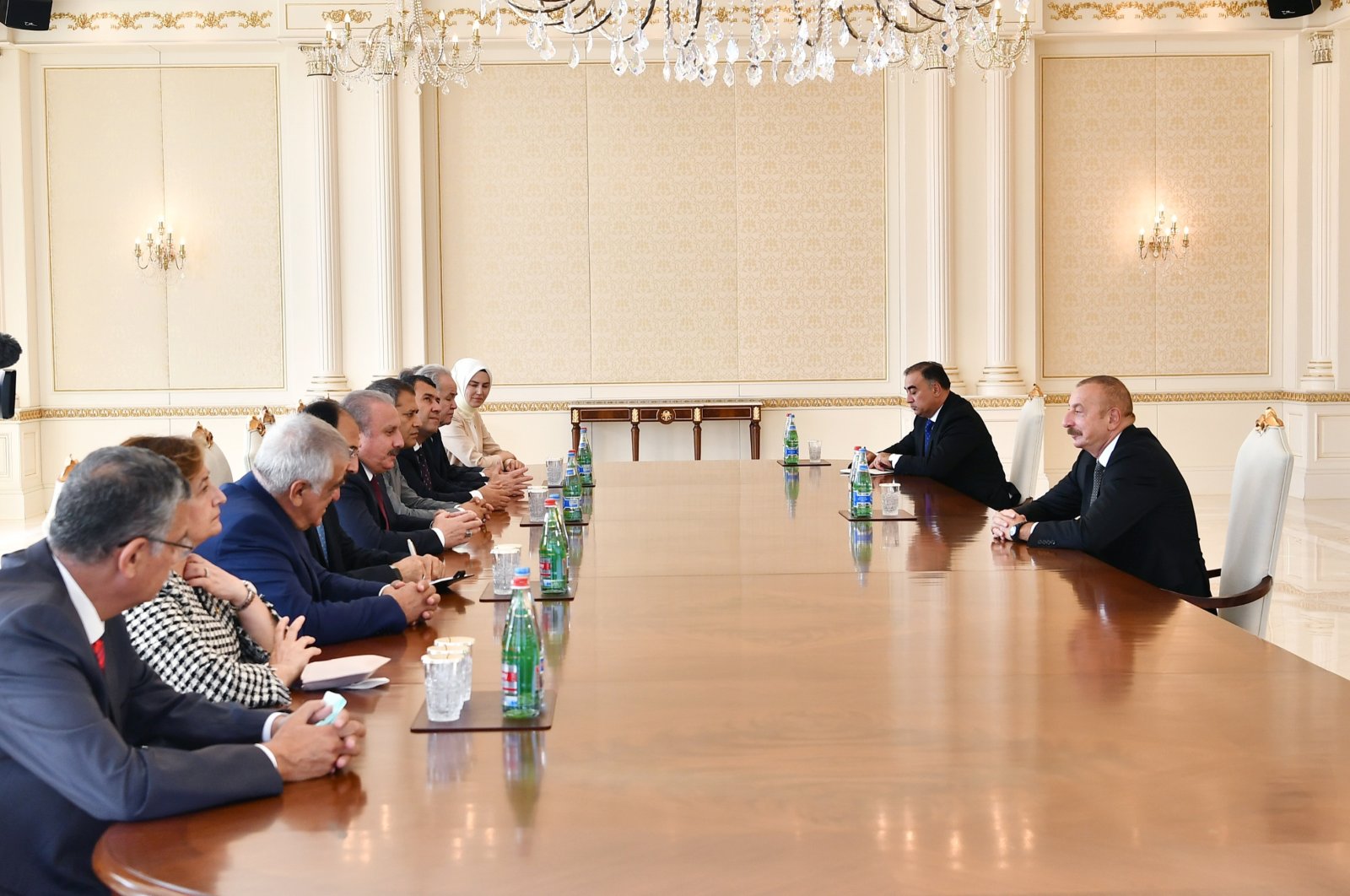 Turkey's Parliament Speaker Mustafa Şentop was met by the president of Azerbaijan in the capital Baku on Tuesday.

Şentop and President Ilham Aliyev held a 30-minute meeting at the Zagulba Palace, according to diplomatic sources.

A Turkish parliamentary delegation was also present in the meeting.

Şentop, along with his Pakistani counterpart Asad Qaiser, arrived in Baku on Monday for a meeting between the Turkish, Pakistani and Azerbaijani heads of parliament.

Later in the day, the heads of the parliaments of Turkey, Azerbaijan and Pakistan accepted the Baku Declaration.

The first meeting of the trio was hosted by the head of the Azerbaijan National Assembly Sahiba Gafarova, with the participation of Şentop and Qaiser in the capital Baku.

Şentop stated that he is very pleased to be in Baku and said that they define the deep-rooted relations between Turkey, Azerbaijan and Pakistan on the denominator of "friendship and brotherhood".

Şentop will be in Azerbaijan until Thursday and is expected to hold several more meetings, including with Azerbaijani Foreign Minister Jeyhun Bayramov, representatives of nongovernmental organizations and Turkish businesspeople.