Azerbaijan's Aliyev rejects US sanctions on Turkey over S-400 purchase 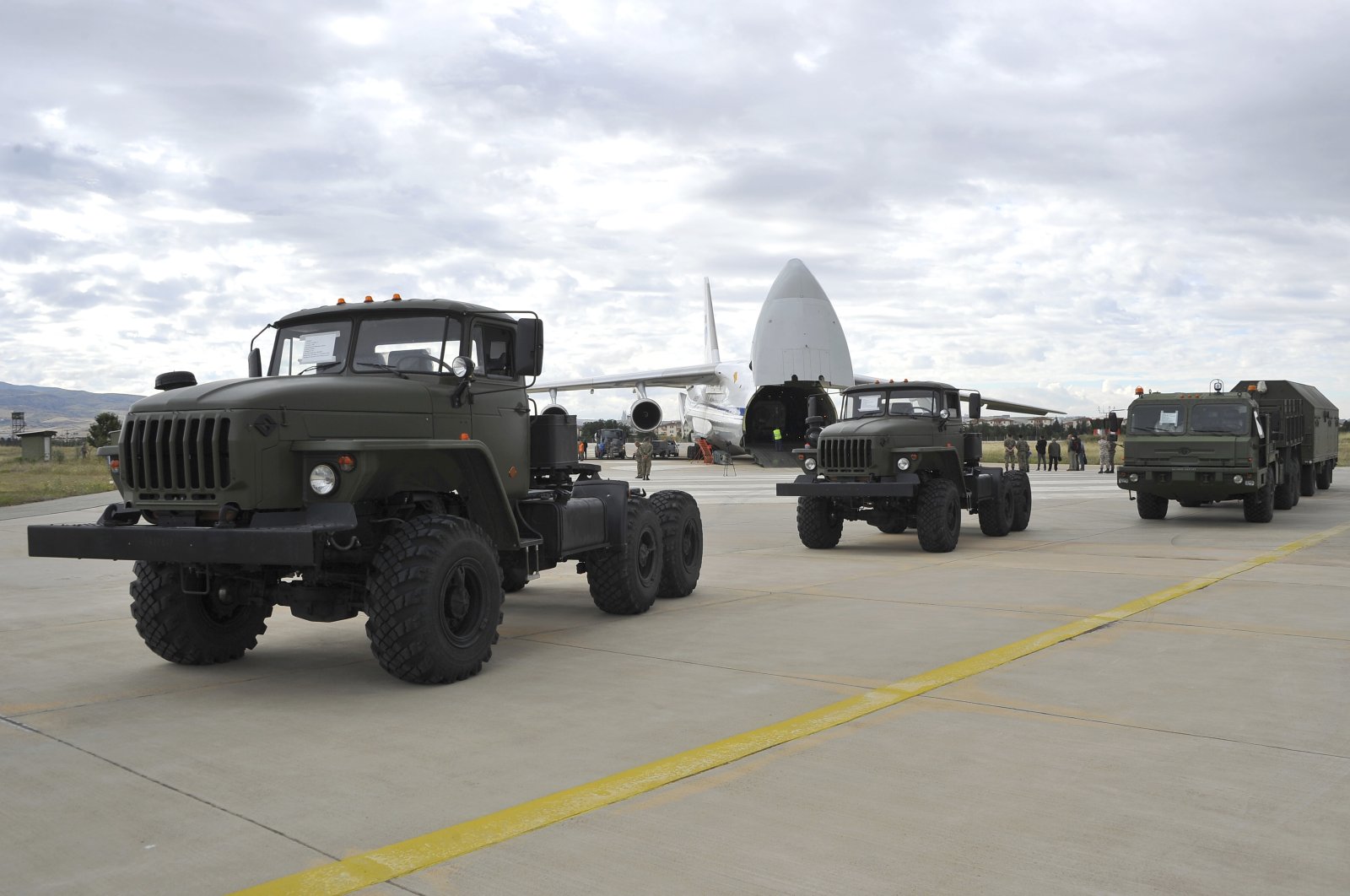 Military vehicles and equipment, parts of the S-400 air defense systems, are seen on the tarmac, after they were unloaded from a Russian transport aircraft, at Murted military airport in Ankara, Turkey, Friday, July 12, 2019. (Turkish Defense Ministry via AP, Pool)
by Anadolu Agency Dec 15, 2020 8:16 am
RECOMMENDED

Azerbaijani President Ilham Aliyev has rejected a U.S. decision to impose sanctions on Turkey over its purchase of the Russian S-400 missile system, calling it "unacceptable," a senior official said Monday.

"President Aliyev sees these unilateral sanctions against Turkey as unacceptable. Imposing sanctions on Turkey is unfair while some other NATO members are using similar air defense systems," said Hikmet Hajiyev, the assistant to the president and foreign policy chief for Azerbaijan's presidency, in a statement.

The president sees the situation as a sign of double standards and illegality, he added.

"President Aliyev said he is certain that sanctions will not be able to stem Turkey's steps toward strengthening its defense capabilities," Hajiyev noted.

Reiterating the two countries' strong ties, he recalled that President Recep Tayyip Erdoğan's attendance at the victory parade in Azerbaijan on Dec. 10 was an example of the unity of the two countries.

Meanwhile, Azerbaijan's Foreign Ministry said in a statement: "We condemn the sanctions decision and see this step against Turkey as an application of double standards."

It is "unfortunate" that the U.S. did not respond to Turkey's proposal to resolve this issue through dialogue and diplomacy, the statement said.

Azerbaijan, as always, stands by Turkey and supports its position based on international law and justice, the ministry added.

The ministry called for urgent steps to resolve this issue concerning Turkey's national security through dialogue.

The sanctions, falling under the Countering America's Adversaries Through Sanctions Act (CAATSA), target Turkey's Presidency of Defense Industries (SSB), including its head Ismail Demir and three other officials.

U.S. Secretary of State Mike Pompeo said in a statement that the SSB knowingly engaged in a significant transaction with Rosoboronexport, Russia's main arms export entity, by procuring the S-400 surface-to-air missile system.

"The sanctions include a ban on all U.S. export licenses and authorizations to SSB and an asset freeze and visa restrictions on Dr. Ismail Demir, SSB's president, and other SSB officers," he added.