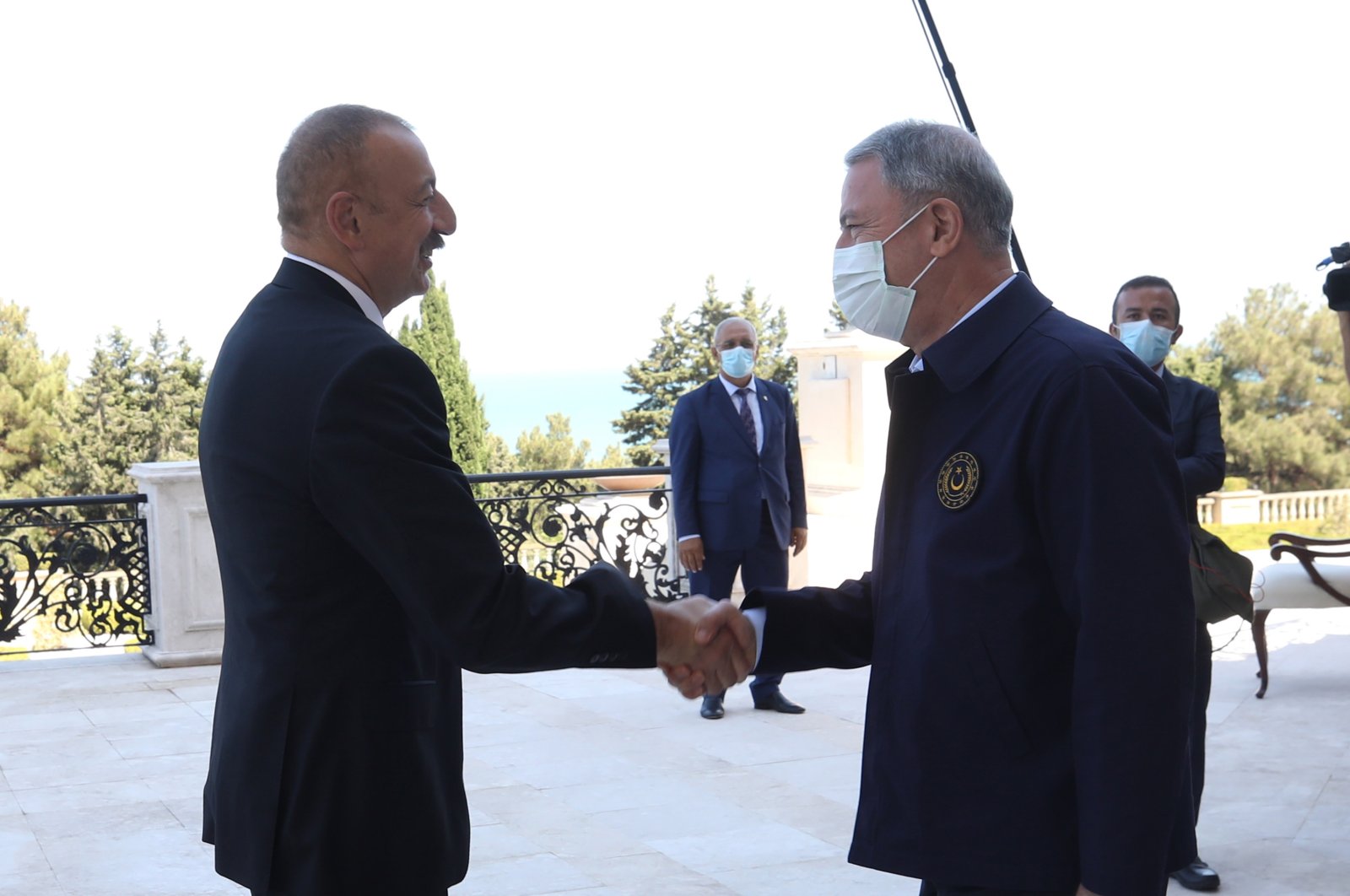 Turkey will be Azerbaijan's No. 1 partner in military and military-technical cooperation in the near future, President Ilham Aliyev said Thursday during a meeting with a delegation led by Turkish Defense Minister Hulusi Akar.

"As is the case in all other areas, our cooperation in the military and military-technical spheres is developing fast. It is no secret that Turkey possesses a strong military-industrial potential and we are benefiting from this potential," said Aliyev.

He underlined that Turkish-Azerbaijani military exercises reflect the unity and brotherhood between the two countries, noting that more than 10 joint exercises are held in both Turkey and Azerbaijan each year.

The war exercises began on July 29, with Aug. 5 being the last day of ground engagements – including artillery, armored vehicles and mortars striking simulated targets – in the capital Baku and the exclave of Nakhchivan, Azerbaijan's autonomous region bordering Turkey. Air combat drills involving jets and helicopters continued in Baku, Nakhchivan, Ganja, Kurdamir and Yevlakh until Aug. 10.

Aliyev said that with such exercises being commonplace, there is no reason for some countries to be concerned, as it is just another manifestation of Turkish-Azerbaijani unity and brotherhood.

During the visit, Akar condemned the recent attack by Armenia in Azerbaijan's Tovuz district.

"Azerbaijan is not alone. We will continue to support Azerbaijan in its just struggle. In the struggle of Azerbaijan for the liberation of the occupied lands, we, Turkey with a population of 83 million, are next to our brothers," he said.

Last month, Armenia attacked Azerbaijani troops in the northwestern Tovuz border region. At least 12 Azerbaijani soldiers were killed, including a major general and a colonel. A 76-year-old Azerbaijani citizen also lost his life.

Azerbaijan accused Armenia of "provocative" actions, with Ankara warning Yerevan that it would not hesitate to stand against any kind of attack on Azerbaijan.

Instead of the Nagorno-Karabakh region, which constitutes the main source of tensions between Azerbaijan and Armenia, Yerevan attacked the Tovuz region this time – an area with strategic and economic significance in terms of energy, hosting strategically important pipelines.

International organizations including the United Nations have demanded the withdrawal of the occupational forces.

The Organization for Security and Cooperation in Europe's (OSCE) Minsk Group, co-chaired by France, Russia and the United States, was formed in 1992 to find a peaceful solution to the conflict, but to no avail.