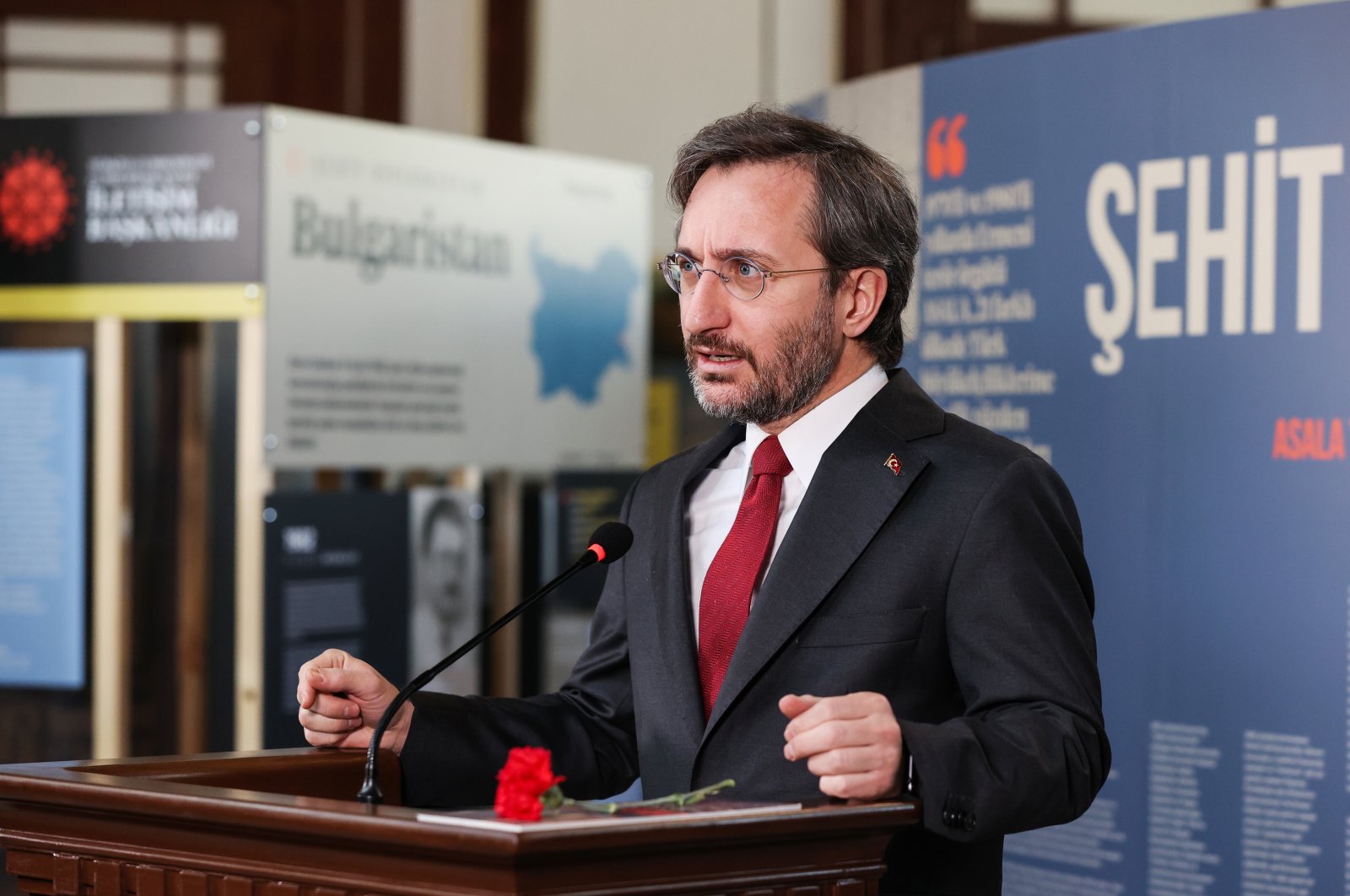 The escalation of threats against the Azerbaijani community living in the United States by Armenian extremists is a source of concern for Ankara, Turkey's Presidential Communications Director Fahrettin Altun said on Tuesday. Armenian extremists in the U.S. are encouraged by distortions of history, he added.

Voicing Turkey's concerns, Altun underlined the country's solidarity with Azerbaijan against such threats and urged "authorities to act."

The incident came after President Joe Biden called the events of 1915 "genocide" on Saturday, breaking with years of U.S. precedent.

"We warned that impunity would only serve to embolden the next generation of extremists," he added.

He added that the Martyred Diplomats Exhibition which began on April 25 near the Presidential Complex in Turkey's capital Ankara would be open through May 1.

The exhibition is dedicated to the Turkish diplomats who continued to carry out their duties despite the threats of attack by Armenian terrorist groups between 1973 and 1984 and lost their lives in the process.