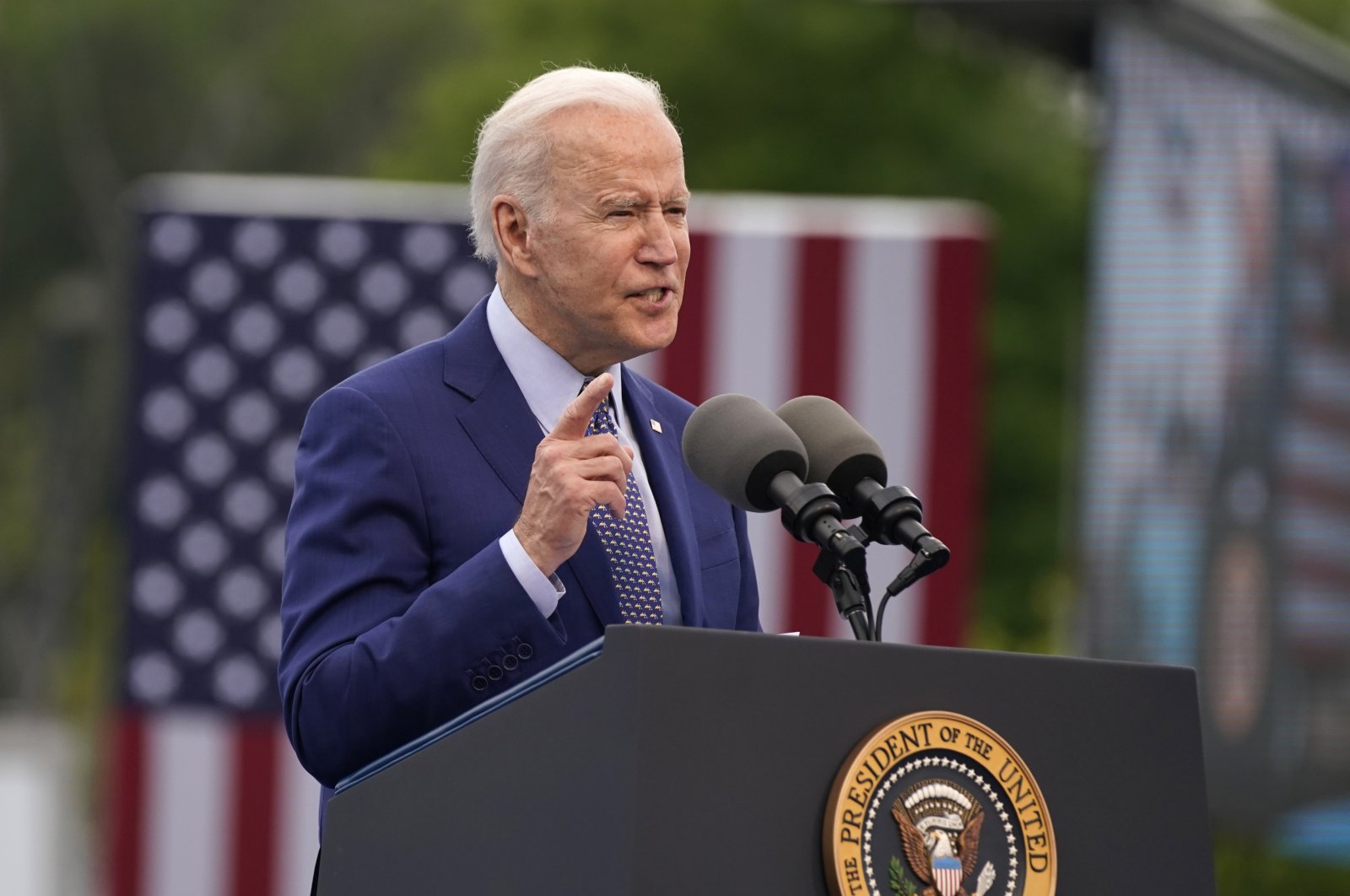 United States President Joe Biden’s recognition of the 1915 events as "genocide" contradicts American values and was politically motivated, a U.S. constitutional law expert said, noting that it disregards the fact that Turkey has agreed to open up its archives to probe the incidents while Armenia refuses to open its archives.

Lawyer Bruce Fein, who served as an Associate Deputy Attorney General under former President Ronald Reagan from 1981 to 1982, told Anadolu Agency (AA) that it is unfortunate for the U.S. president to make a judgment before the judiciary.

“Well, I certainly think it’s unfair and unjust and not in accord with American values. But, unfortunately, it’s not simply Turkey here that (was) singled out. It’s unfortunate that we have lost such respect,” Fein told AA.

Fein noted that statements by the president are not binding and the future president may reverse his stance.

“Same with resolutions in Congress, one doesn’t bind the next one, and they’re not court judgments. So it is easy to reverse them,” he said.

Noting that Biden’s political statements do not have any endpoint because they are not legally binding, Fein said previous rulings by European courts, including the European Court of Human Rights’ 2015 decision in Perinçek v. Switzerland has made it clear that legislative and administrative bodies do not have jurisdiction to pronounce guilt or innocence on the crime of genocide.

Fein explained that from the perspective of the Genocide Convention, the 1915 events did not constitute genocide for several reasons.

“First, there is a principle of universal law where acts which were not criminal at the time they were committed cannot retroactively be made criminal. The whole concept of genocide wasn’t even coined till 1943, many, many decades after 1915,” he said, adding that to retroactively apply them to events of 1915 runs against the grain of international law.

He also pointed that the killings by political motivation were not considered genocide by the aforementioned convention.

“Those are not killings that can be characterized as genocide because they’re over political disputes, whether a particular group deserves independence or not. It’s not all that different from the U.S. Civil War,” he said, as he referred to the example of the Civil War when the Southern states attempted to secede and hundreds of thousands died.

Fein noted that Armenian Ottomans had revolted in 1915 and were seeking to obtain political independence from the Ottoman Empire.

He also explained that there is circumstantial evidence demonstrating that the killings were not genocide.

“They were not killings of innocent victims who were defenseless. Again, at the Paris Peace Conference, the Armenian Ottoman, at that time the Ottoman Empire crumbled, but the Armenian representatives stated quite clearly that Ottoman Turks died in the same proportion, millions as the Ottoman Armenians.”

With regards to the comparison of the 1915 events and the Holocaust, Fein noted that millions of Jews died in the extermination camps, but no Nazis were killed in such high numbers.

“And that’s why a very, very renowned Princeton historian Bernard Lewis says it is preposterous to liken what happened to the Armenians in World War I to the Holocaust. That’s a view also echoed by former Nobel Peace Prize winner and Prime Minister of Israel Shimon Peres,” he said.

Fein continued by noting that this was one of the reasons why Armenia has refused to take its case to the ICJ.

“As we speak today, that international court is open and Armenia could have its claim adjudicated. It doesn’t want to because it fears it would lose,” he said.

Touching upon the impact of the Armenian lobby in the U.S., Fein said they are far better organized and wealthier than the Turks in the country.

“The reason why they make decisions is they have ulterior political motives. Money that gives them campaign contribution helps get the vote out,” he said, adding that his remarks have nothing to do with the law.

“... as the European Court of Human Rights is held in the French Constitutional Council, legislative, executive bodies have no jurisdiction that adjudicates an allegation of a crime of genocide. So all it does is fester politically forever. And that’s why Armenia keeps it in the political domain forever. They don’t want it adjudicated. They fear they would lose. Politically, they’re far more armed than Turkish Americans in the political arena, and they’ve won. So why risk a loss in an actual court of law?”

Fein highlighted that Armenians resist bringing the issue to legal authorities because they fear they would lose.

"Only Armenia has refused to open their archives."

“Another reason that makes their case suspect is that of all the relevant powers in World War I, only Armenia has refused to open their archives. Turkey has opened it, France has done it, Germany, Russia, Great Britain and the U.S. ... Only Armenia has kept them secret,” Fein said, adding that keeping its archives closed leads many to think that they are hiding something.

Noting that Biden’s statements will have a negative impact on Turkey-U.S. relations, Fein highlighted that it will also lead Armenian Americans to be “more vicious, more bullying, more intimidating and more threatening to Turkish Americans.”

In 1915, the Ottoman Empire relocated Armenians in eastern Anatolia following revolts when some sided with the invading Russians, which resulted in some Armenian casualties.