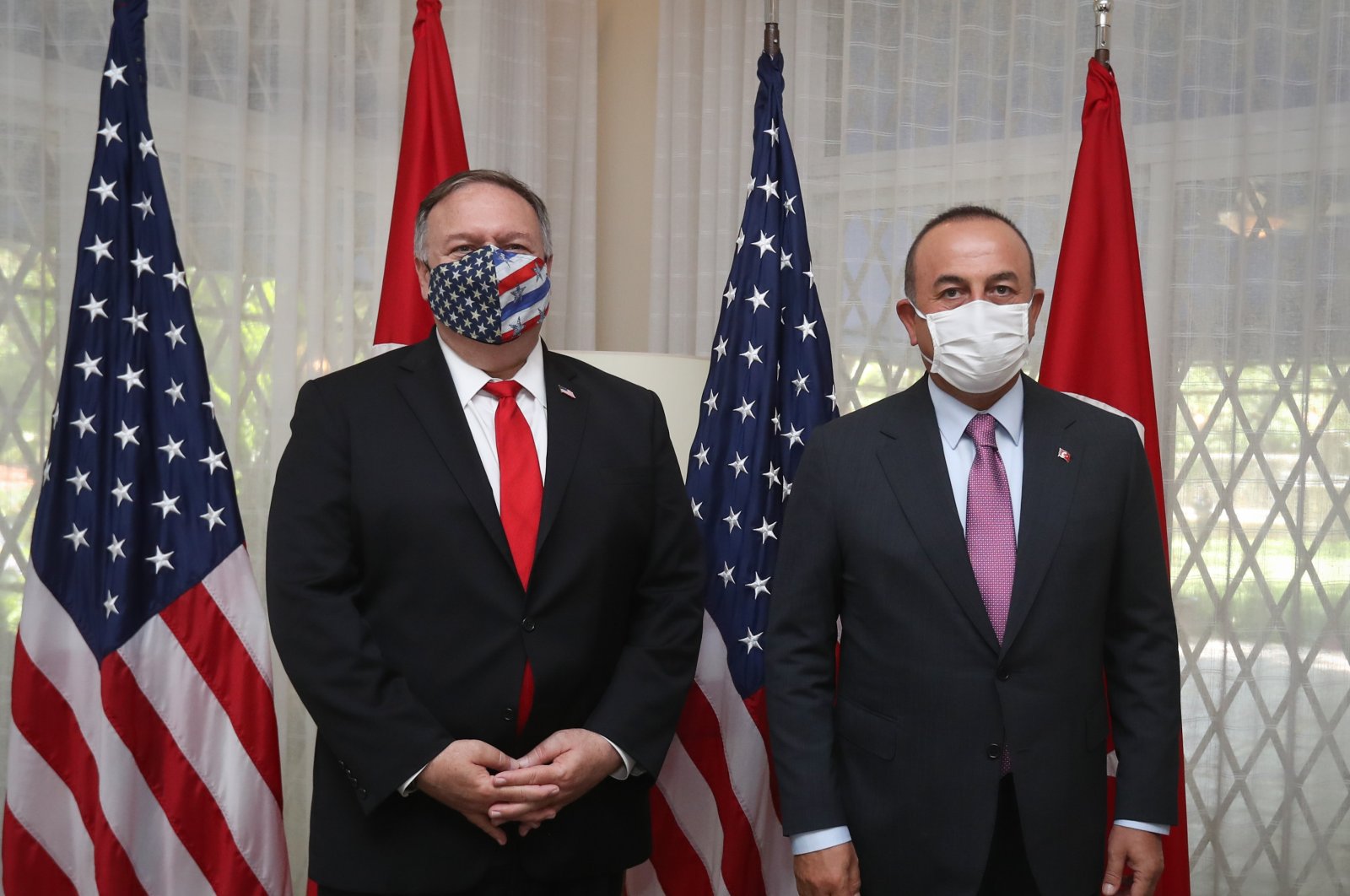 Foreign Minister Mevlüt Çavuşoğlu held a phone call with his American counterpart Mike Pompeo on Monday, according to diplomatic sources.

Çavuşoğlu and Pompeo discussed matters related to the Turkish Republic of Northern Cyprus (TRNC) and the Eastern Mediterranean.

Over the weekend, Pompeo visited the Greek Cypriot administration on the heels of lifting the U.S. arms embargo on the administration.

Turkey decried both moves, saying that Pompeo should also have visited the TRNC and that lifting the arms embargo only raised tensions in the region.

Greece has disputed Turkey's energy exploration in the region, trying to box in Turkish maritime territory based on small islands near the Turkish coast.

Turkey – the country with the longest coastline on the Eastern Mediterranean – has sent out drillships to explore for energy on its continental shelf, saying that both Turkey and the TRNC have rights in the region.

In order to reduce tensions, Turkey has called for dialogue to ensure fair sharing of resources. Greece, so far, has refused to enter negotiations.