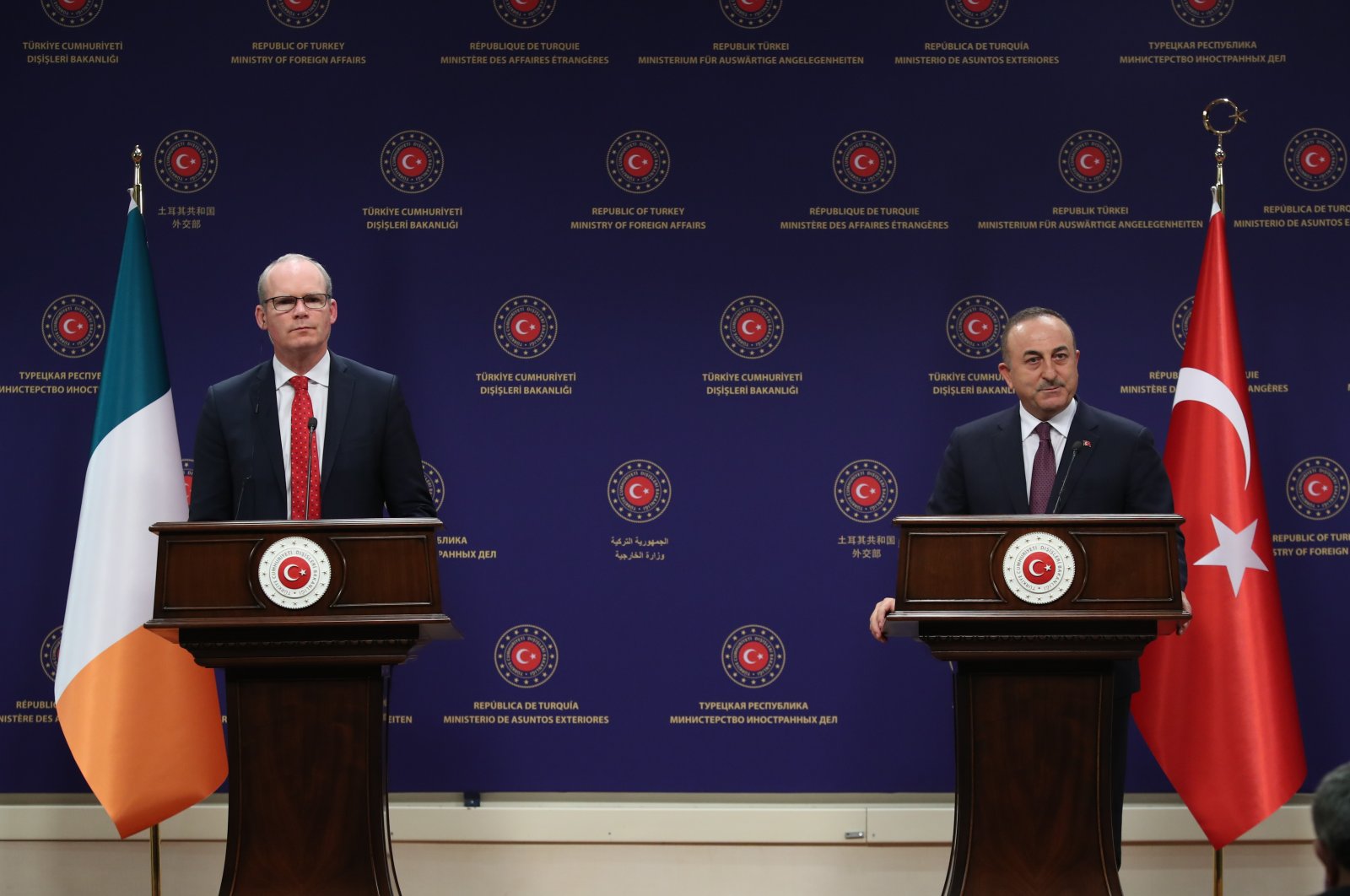 Monday's talks between Turkey and Greece were held in a very positive atmosphere after a long hiatus of five years, Foreign Minister Mevlüt Çavuşoğlu said Wednesday.

Resuming what had been called exploratory talks, which are now being referred to as consultative talks due to their long history, was important for the resolution of disputes, Çavuşoğlu said in a news conference with his Irish counterpart Simon Coveney in the Turkish capital Ankara.

Çavuşoğlu said the next talks will be held in Greece and their date will be announced later.

"Consultation on how to solve these problems will be beneficial for the two neighbors to reduce the tension at least for now and perhaps to find permanent solutions to these problems in the future," he noted.

The meeting in Istanbul, led by Turkish Deputy Foreign Minister Sedat Önal and retired Greek diplomat Pavlos Apostolidis, is expected to further improve the recent positive atmosphere established between Turkey and the European Union. It could also lay the groundwork for the eventual delineation of one of the world's most recently discovered regions of proven natural gas reserves.

For his part, Coveney said Ireland and the EU will continue to support Turkey in its efforts to host millions of Syrian refugees who have been fleeing the civil war in their country since 2011.

"Ireland is determined to support all efforts led by the U.N. to bring this terrible conflict to a peaceful and sustainable end," he said.

He also called the resumption of talks between Turkey and Greece "a positive step."

Coveney said efforts to improve the relations between Ankara and the bloc have to be maintained, adding: "This relationship is simply too important to be allowed to drift into a negative space. A constructive and cooperative partnership is essential."

On relations with Ireland, Çavuşoğlu said they agreed on regular contacts at all levels and he will visit Ireland "as soon as possible."

Stating that the last presidential-level visit from Ireland to Turkey was in 2010, Çavuşoğlu said Turkish President Recep Tayyip Erdoğan is also likely to pay a visit to Ireland.

Çavuşoğlu highlighted deep-rooted relations between the two countries and said they aim to reach a $3 billion bilateral trade volume, which stood at $1.5 billion last year.

He also appreciated Ireland's support for Turkey's accession process to the EU since the beginning.

After a year of ups and downs, Turkish leaders said they are hopeful for progress in relations with the EU this year and expect the bloc to take steps toward this end.

Turkey has been an official candidate for EU membership since 2005, but progress toward its accession has been stalled for years.

The top Turkish diplomat congratulated Ireland on becoming a nonpermanent member of the United Nations Security Council and praised its efforts to deliver humanitarian aid to Syrian refugees.

Meanwhile, Coveney's Turkey visit continued into Thursday, as he observed humanitarian aid efforts in the southern Turkish province of Hatay, which borders Syria, as part of his two-day visit to the country.

After visiting local officials in the city along with his delegation, Coveney went to a U.N. logistics center for humanitarian aid in the Reyhanlı district of Hatay, where he was briefed on its work.

Then he proceeded to the Cilvegözü border crossing with aid materials to be sent to Syria and saw the aid transfer point in the buffer zone.