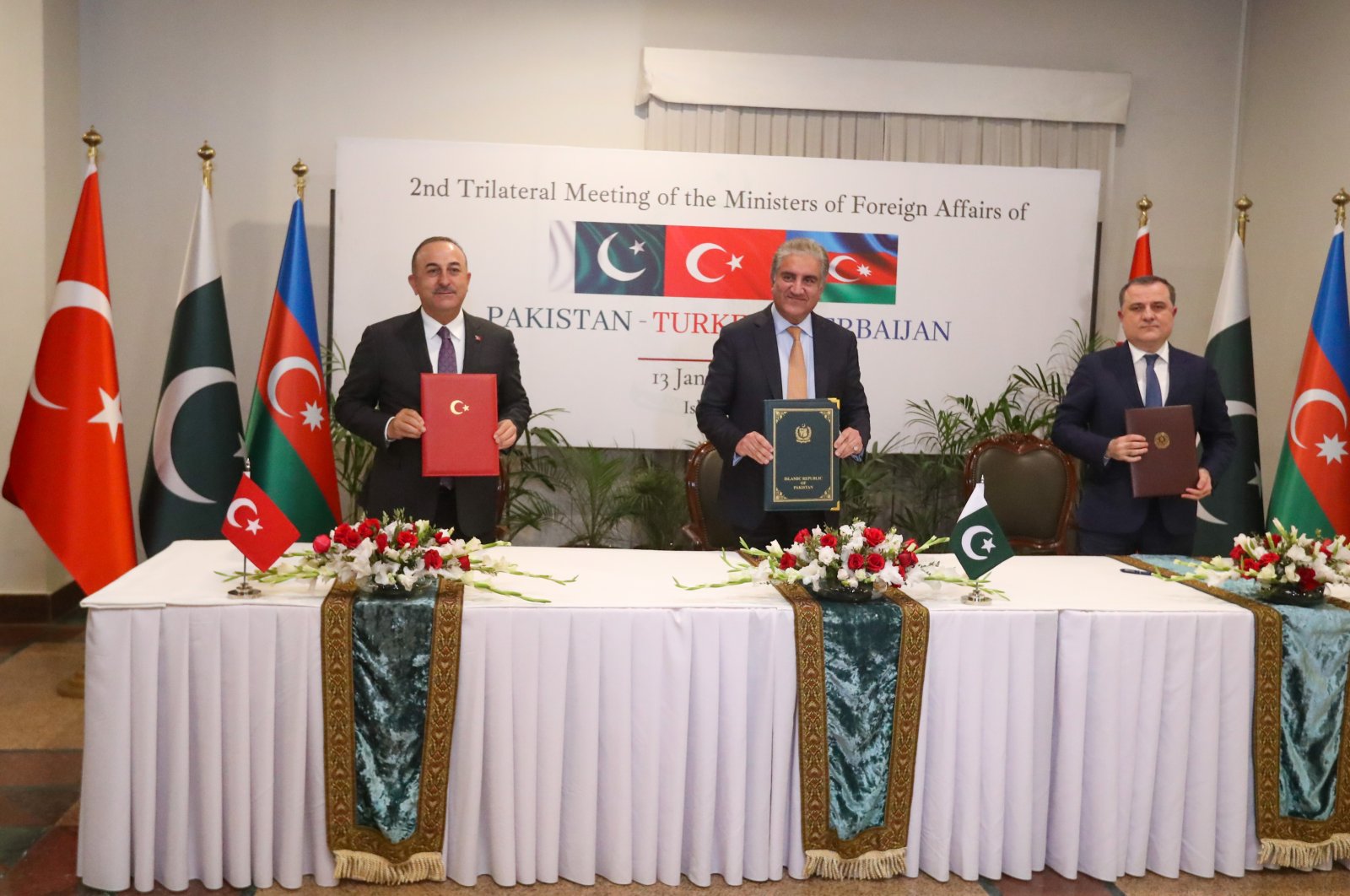 Turkey will continue to work on the preservation of the November cease-fire in the Nagorno-Karabakh region while boosting efforts for the restoration of the area, Foreign Minister Mevlüt Çavuşoğlu said Thursday.

Speaking to the Global Journalism Council’s Global Media Journal, Çavuşoğlu said that it was tragic that it took 30 years to reach the current situation despite Armenia’s occupation of Nagorno-Karabakh being an open violation of international law.

Clashes between Baku and Yerevan erupted on Sept. 27, and the Armenian Army launched attacks on civilians and Azerbaijani forces, violating cease-fire agreements. During the 44-day conflict, Azerbaijan liberated several cities and nearly 300 settlements and villages from the Armenian occupation.

Underlining that this agreement reiterated that “Nagorno-Karabakh is part of Azerbaijan,” and that the other seven provinces that were under Armenian occupation were given back to their real owner, Çavuşoğlu stressed that 1 million Azerbaijanis will be able to return to their homes after decades.

“The declaration largely reflects the ideas and principles put forth by the Minsk process,” Turkey’s top diplomat said, referring to the Minsk Group, co-chaired by France, Russia and the U.S. and set up in 1992 by the Organization for Security and Co-operation in Europe (OSCE) to mediate the conflict. The group was unable to find a permanent solution to the dispute.

“The Minsk Group can still play a role if needed. The co-chairs have to be objective and constructive while taking the necessary lessons from the process’s poor performance in the past,” he pointed out.

Çavuşoğlu said a window of opportunity has been opened for permanent peace in the region. However, focusing on the conflict’s last 44 days while ignoring the destruction of Azerbaijan’s cultural heritage, temples, infrastructure and economy for the past 30 years was 'misleading,'" he said.

“Upon Azerbaijan’s request, we will continue our efforts for the preservation of the cease-fire and restoration of the region. From now on, we expect the Armenian side to abide by this cease-fire and the accepted conditions of the joint declaration, refrain from new adventures and open the road to a permanent political solution that would recognize the sovereignty of all Azerbaijani territory under occupation,” he said.

Çavuşoğlu also highlighted that enhanced relations between Yerevan and Baku would positively affect relations between Turkey and Armenia as well. He added that stability in the region would also benefit Armenia and the Armenian people as Turkey envisages inclusive cooperation and prosperity for the region.