CDU's Laschet vows to up Turkey-Germany ties if voted chancellor 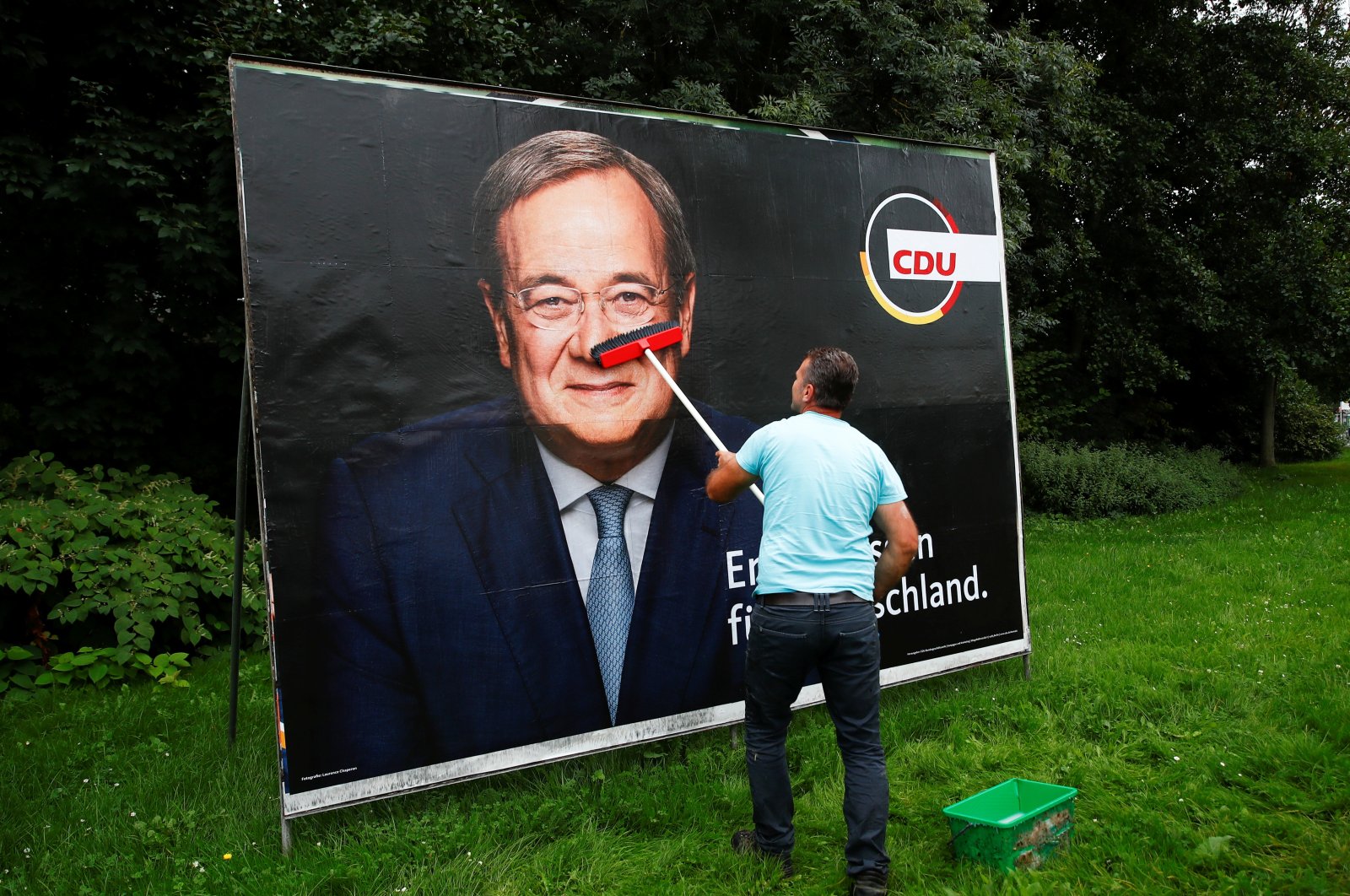 A placard of Armin Laschet, the Christian Democratic Union's (CDU) candidate for chancellor, is placed on a board for the Sept. 26 German general elections in Bonn, Germany, Sept. 20, 2021. (Reuters Photo)
by DAILY SABAH WITH AA Sep 21, 2021 8:57 am
RECOMMENDED

Armin Laschet, the leader of Germany’s Christian Democratic Union (CDU), vowed to enhance ties with Turkey if he wins the upcoming elections and succeeds Chancellor Angela Merkel after almost 16 years in power.

"I know how important Turkey is to us, as a NATO member, as a country closely linked to Europe, with many (areas of) cooperation," Laschet said Monday in an exclusive interview with Anadolu Agency (AA).

"And as a friend of Turkey, I hope that with my chancellorship, relations will improve again. We have to work on that," he stressed.

The 60-year-old experienced politician, who is the state premier of North-Rhine Westphalia, Germany’s most populous and economically significant state, is hopeful that the conservative bloc will win the elections and he will succeed Merkel as chancellor.

At stake in the election is the future course of Europe's largest economy after 16 years of steady, center-right leadership under Merkel.

Laschet praised the contributions of Germany's Turkish community to the country and said the first generation of Turkish immigrants worked hard in rebuilding the economy, and many from the second and third generations have successfully integrated into society.

"One of my goals would be to ensure that German society recognizes this great potential," he said and promised to take steps to eradicate all forms of discrimination and achieve equal opportunities for all people with migrant backgrounds.

Laschet said if his party wins the election and forms the new government, economic growth, digitization and climate change would be their main priorities.

"The most important thing is that we should focus on economic growth again after the (coronavirus) pandemic," he said, adding they will implement new programs to modernize the country, to achieve goals on digitalization, energy transition and climate protection.

He also promised an active foreign policy, stressing that Germany would continue to act responsibly.

Laschet has been the governor of North Rhine-Westphalia state, Germany's most populous, since dislodging a center-left regional government in 2017. His supporters often point to that success in a traditional stronghold of the left.

A miner's son, Laschet still lives in his native city of Aachen, on the border with Belgium and the Netherlands. He says that growing up in the heart of the continent made him a convinced European.

He has had an up-and-down political career, joining the German parliament in 1994 but losing his seat in 1998. From 1999-2005, he was a member of the European Parliament, before becoming his state's minister for the integration of immigrants – the first such position in Germany. He won the leadership of his party in North Rhine-Westphalia at the second attempt in 2012.

Laschet is largely a centrist in Merkel's mold, backing her welcoming stance toward refugees and other migrants. Still, he has been keener than the outgoing chancellor to relax restrictions during the pandemic and is treading a fine line between offering continuity and promising renewal.

He won the leadership of Merkel's Christian Democratic Union party in January, beating conservative darling Friedrich Merz in a contest delayed repeatedly by the pandemic. In April, he outmaneuvered Bavarian governor Markus Soeder, who had much better poll ratings, to claim the nomination to run for chancellor after a lengthy standoff.

German voters will elect a new parliament on Sept. 26, and the result will determine who will succeed Merkel as chancellor, since she is not running for another term.

While the Social Democrats (SPD) are leading in most recent surveys, Laschet is still hopeful that his conservative bloc will win the elections, as surveys show that many voters are still undecided days before the polls.