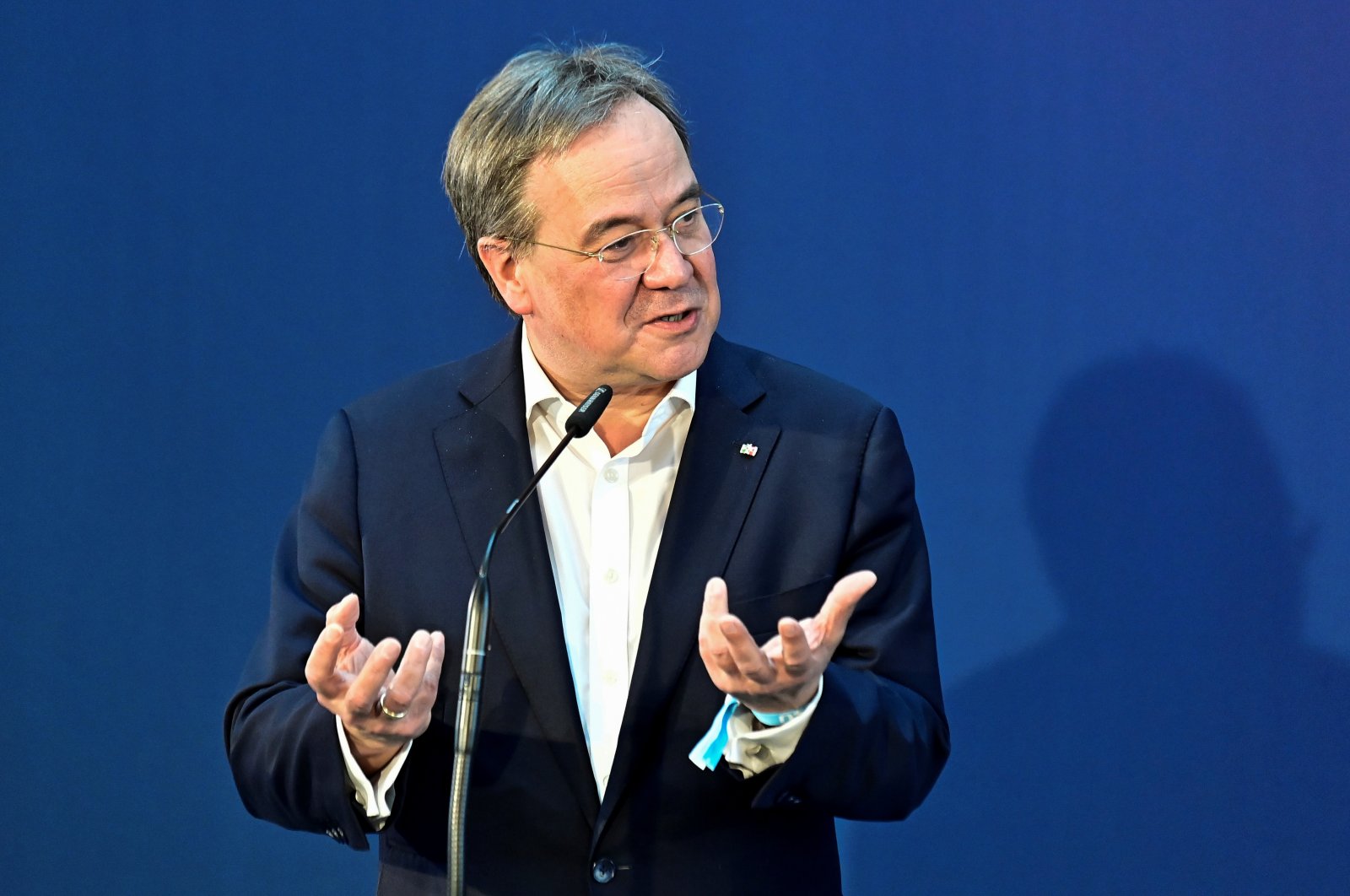 German Chancellor Angela Merkel's party on Monday supported party Chairperson Armin Laschet in his quest to become the center-right candidate for Germany's next leader after months of uncertainty, one of his deputies said.

The Union bloc aims to decide quickly on its candidate after months of shadow-boxing between Laschet, the head of Merkel's Christian Democratic Union (CDU), and Markus Soeder, who leads its smaller Bavaria-only sister party, the Christian Social Union (CSU).

Laschet and Soeder – the governors of Germany's two most populous states, North Rhine-Westphalia and Bavaria respectively – both officially declared on Sunday that they're prepared to run, but insisted that they will quickly find a harmonious solution. They didn't specify how they will do so.

The leaderships of the CDU and the CSU are holding separate meetings on Monday. Volker Bouffier, the governor of Hesse state and a deputy party leader, said the CDU's top leadership backed Laschet's candidacy, though it didn't make a formal decision.

"We expressed clear support for our leader and made clear that we consider him exceptionally well suited, and asked him to discuss the way forward together with Markus Soeder,” Bouffier said. He added that the party wants a decision within a week.

The CDU's local branch in Berlin, which is relatively weak, backed Soeder. It was unclear how many others in the party might come out for the Bavarian leader. Laschet's support in the CDU is a decisive factor because his is by far the bigger of the two parties.

It runs in 15 of Germany's 16 states, while the CSU runs only in Bavaria. Soeder said Sunday he is ready to run "if the CDU – which is the bigger sister, that's very clear – supports this broadly.” He added that, "It's also clear that if the big sister says that's not its proposal and it has a different proposal ... we would accept that.” Soeder, 54, said the candidate should be the one with the best chances in the Sept. 26 election, in which Merkel isn't seeking a fifth term after 16 years in power.

That underlines a weakness for Laschet – current polls show much better ratings for Soeder, who has cultivated an image as a decisive backer of tough action in the coronavirus pandemic.

Laschet, 60, was elected as CDU leader in January and hasn’t enjoyed a honeymoon, most recently garnering criticism for appearing to dither over how to manage a resurgence in virus cases. Last month, the CDU suffered bad losses in two state elections.

National polls have shown the Union giving up gains it made on the strength of Merkel’s management of the early stages of the coronavirus pandemic. It has been hurt among other things by a slow start to vaccinations and allegations that several lawmakers from both CDU and CSU profited from business deals last year as Germany scrambled to secure masks. Some of those lawmakers have left their parties.

The Union still leads national polls ahead of the environmentalist Greens and the center-left Social Democrats. The Greens plan to announce on April 19 which of the party's two co-leaders will make its first bid for the chancellery. The Social Democrats nominated current Finance Minister Olaf Scholz months ago. The CSU has twice provided the center-right candidate for chancellor in the past – Franz Josef Strauss in 1980 and Edmund Stoiber in 2002. Both lost to center-left incumbents.