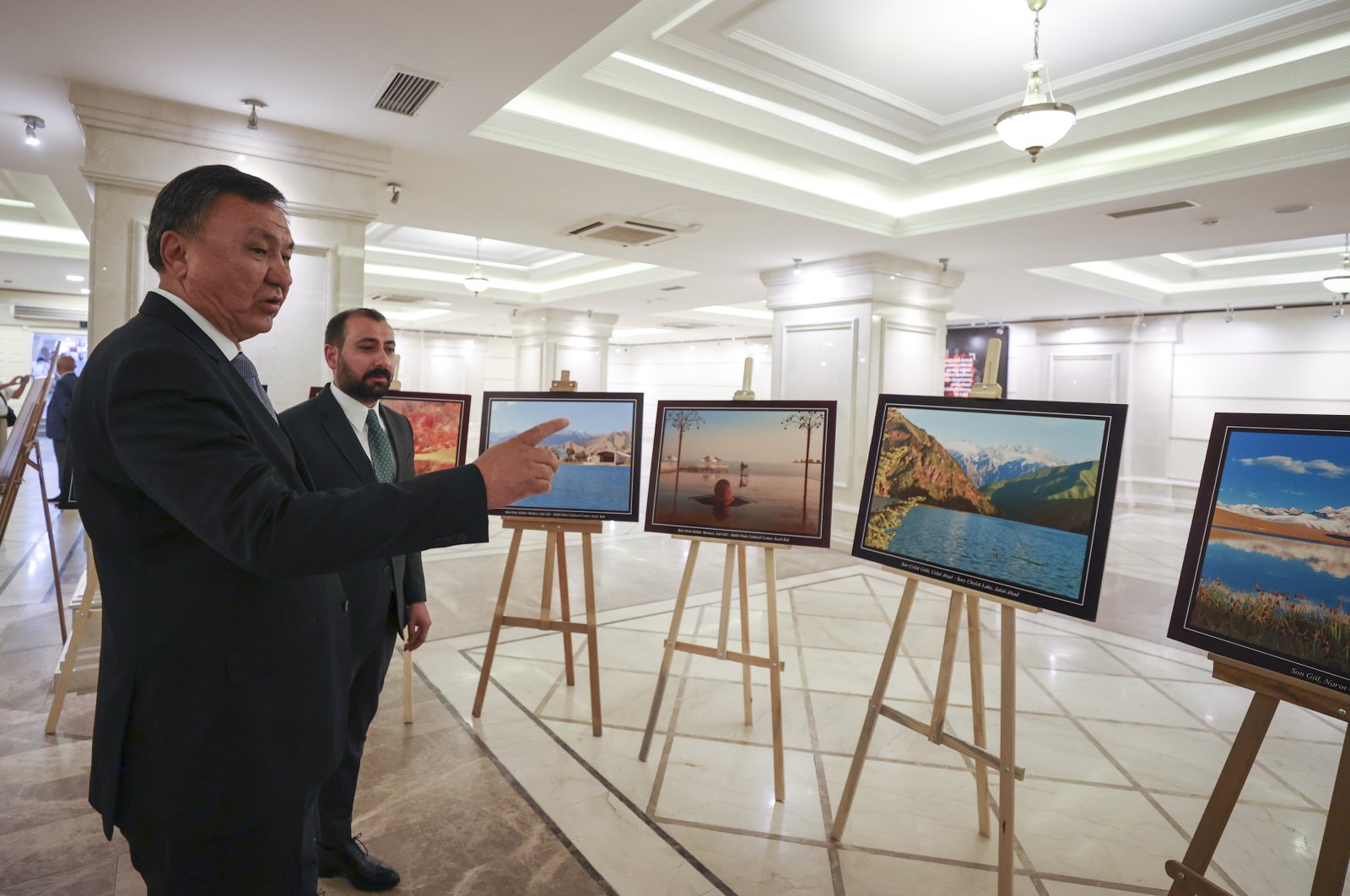 The cooperation between Kyrgyzstan and Turkey has been successfully improving in every field, Ambassador Kubanychbek Omuraliev said Monday, underlining that the most significant factor improving the relations is the close historical bond between the peoples of the two countries.

The Kyrgyz Embassy held an exhibition in Turkey's capital Ankara Monday to mark the 30th anniversary of the Central Asian nation's independence.

Speaking at the opening ceremony, Omuraliev noted that Turkey had been the first country to recognize Kyrgyzstan's independence.

He added that friendly relations between Ankara and Bishkek were established shortly after, in 1992.

"The cooperation between Kyrgyzstan and Turkey has been successfully improving in every field and the most significant factor improving the relations is the close historical bond between the peoples of the two countries," he said.

Omuraliev voiced hope for further improvement in the relations between the two countries that he said share similar languages, world views and cultural values.

Attending the ceremony, Deputy Mayor of Ankara Sercan Çığgın emphasized that Turkey has "always stood with the brotherly Kyrgyz people and shown solidarity in tough times in the course of Kyrgyzstan's development since its independence."

Noting that Turkish businesses have been making important investments to further contribute to the development of the Central Asian country, he said that close cooperation continued between the states as well.

To exchange knowledge and experience, Ankara's municipality holds various events with that of the Kyrgyz capital Bishkek to "make our cities more livable," he said.

"Our fatherland in Central Asia, Kyrgyzstan is a must-see country with its fertile lands, sincere people, natural beauties and rich culture," Çığgın added.

Underlining that common sense and valuing public interest above all else is crucial to leave a better future for generations to come, he said, "We need to spread the understanding of sensitivity to nature, humans and the environment."

A photo exhibition was held in coordination with the municipality of Ankara featuring nature, important landmarks and people in Kyrgyzstan who have contributed to the development of the country, including President Sadyr Zhaparov and acclaimed author Chinghiz Aitmatov.

Diplomatic relations between the two countries were established on Jan. 29, 1992. The embassies were reciprocally opened in Bishkek and Ankara in the same year.

An Agreement on Eternal Friendship and Cooperation was signed by Turkey's eighth President Turgut Özal and Kyrgyzstan's first President Askar Akayev in 1997.

The two countries also signed a joint statement on the establishment of a high-level strategic cooperation council in 2012.

Turkey provides the most development and social aid to Kyrgyzstan, especially through the state-run Turkish International Cooperation and Development Agency (TIKA).

According to data from the Kyrgyzstan National Statistical Committee, Turkey ranks fourth among countries investing in Kyrgyzstan following Russia, China and Kazakhstan.