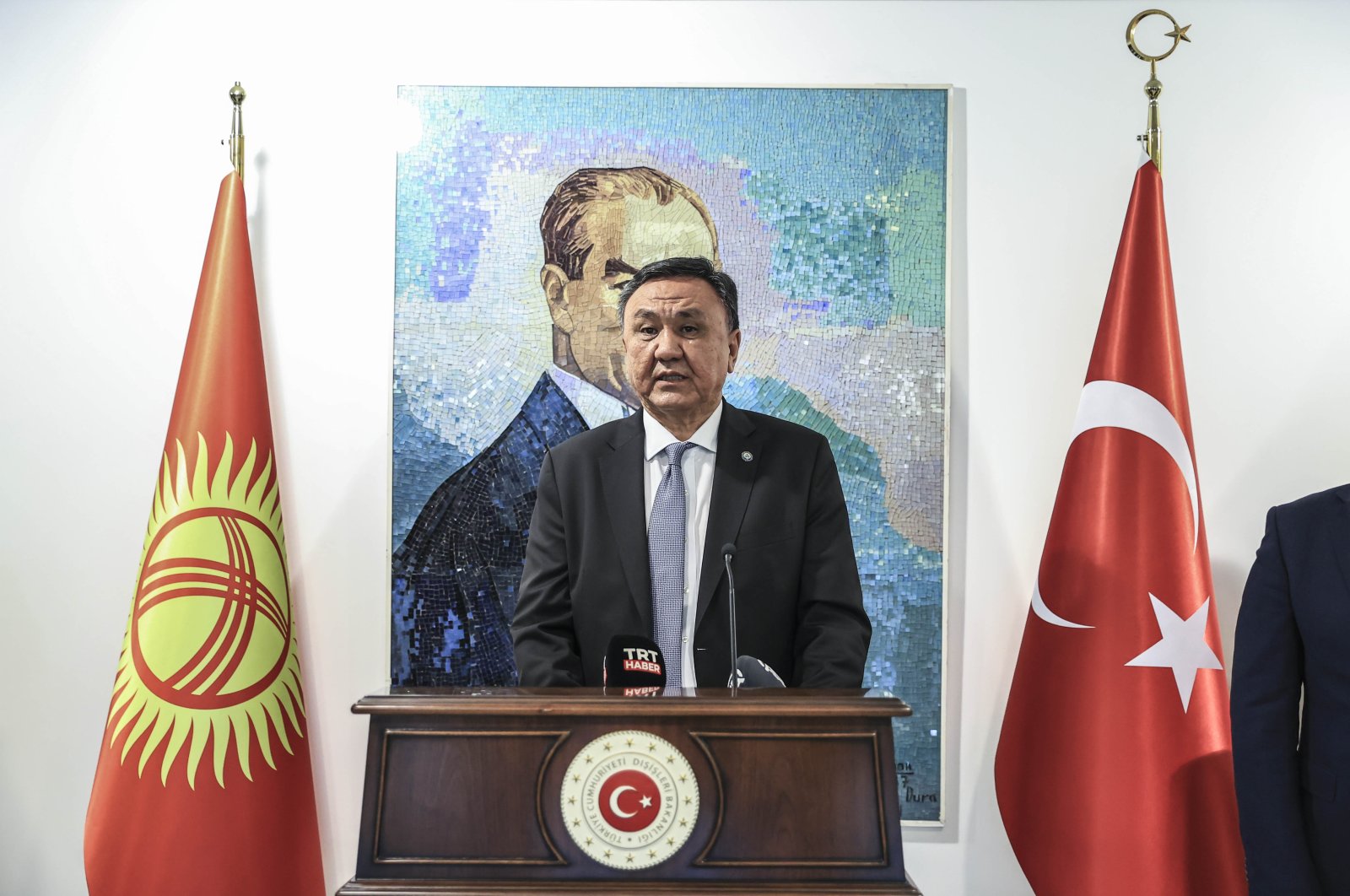 Highlighting the common history, religion, culture and language shared between the two peoples, Omuraliev said the strong diplomatic communication between the foreign ministries also contributes to strong ties. “I hope prosperity, abundance and peace prevails in our sibling countries and our nations enjoy good health and happiness,” the envoy said.

Omuraliev was speaking at a photography exhibition organized to mark the 30th anniversary of the Kyrgyz republic’s independence. Deputy Foreign Minister Yavuz Selim Kıran and diplomatic representatives attended the event.

Noting that Turkey was the first country to recognize the Republic of Kyrgyzstan, Kıran said Ankara’s relations with Central Asian countries have much deeper traces compared to others.

Kıran continued by saying that the exhibition reflects the fact that the deep bilateral ties between the two countries proceed with strong steps. He also noted that cultural diplomacy, which involves the reflection of elements in the arts and culture, holds a special place for countries.

Kyrgyz President Sadyr Zhaparov, who took office at the beginning of this year, met Turkish President Recep Tayyip Erdoğan during his first official visit to Turkey on June 9-11.

Turkey was the first country to recognize the independence of Kyrgyzstan on Dec. 16, 1991. Diplomatic relations between two countries were established on Jan. 29, 1992. The embassies were reciprocally opened in Bishkek and Ankara in 1992. The “Agreement on Eternal Friendship and Cooperation” was signed in 1997 by Turkey’s eighth president, Turgut Özal, and Kyrgyzstan’s first president, Askar Akayev. Also, the two countries signed a joint statement on the “Establishment of the High-Level Strategic Cooperation Council” in 2012.

Turkey ranks first among the countries that provide developmental and social aid to Kyrgyzstan, especially through the state-run Turkish Cooperation and Coordination Agency (TIKA).

According to data from the Kyrgyzstan National Statistical Committee, Turkey ranks fourth among the countries that make most of the investments in Kyrgyzstan, following Russia, China and Kazakhstan. Nearly 300 Turkish companies currently operate in the country and have a trade volume of more than $400 million (TL 3.44 billion).