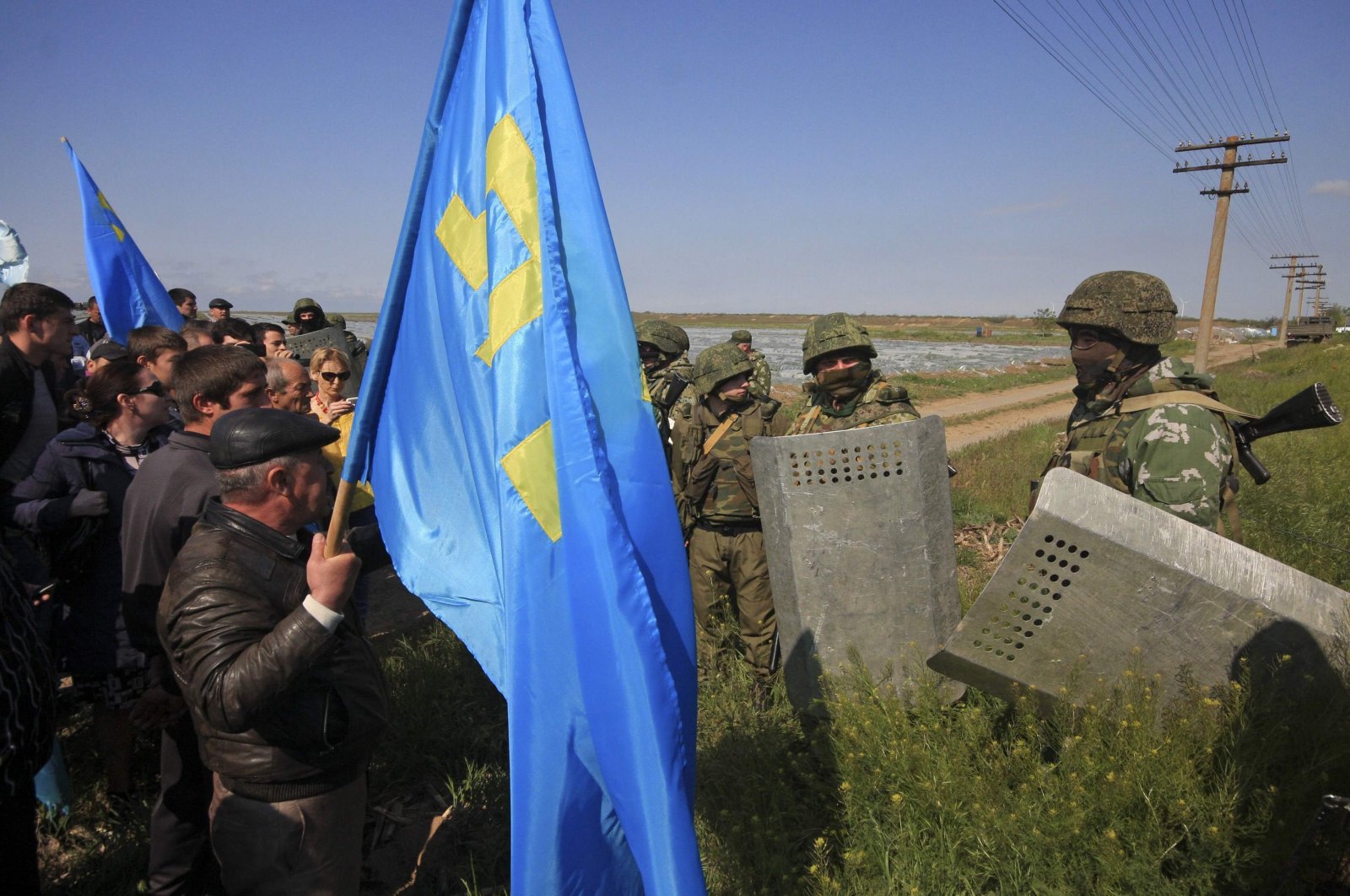 Russian servicepeople attempt to block the way for Crimean Tatars who cross a checkpoint connecting Crimea and Kherson region near Armyansk, May 3, 2014. (Reuters Photo)
by Daily Sabah with AA Jan 20, 2021 11:38 am
RECOMMENDED

The Crimean Platform will be more active in the upcoming period on crucial issues regarding the occupied peninsula, a Crimean Tatar politician told Anadolu Agency (AA).

"There are a few issues we are currently focusing on. Our political prisoners, sanctions, security issues in the Azov and Black Sea (regions) ... We are still trying to fill in the content. We have just started these initiatives. We know it will be efficient," said Rustem Umerov, the head of Turkey-Ukraine Inter-Parliamentary Friendship Group, at Ukraine's embassy to Turkey in Ankara.

The Crimean Platform was established in October 2020 as part of Ukraine's strategy of de-occupation of Crimea which started since the peninsula was annexed by Russia in 2014, focuses on a range of issues.

Russian forces invaded the Crimean Peninsula in February 2014, with Russian President Vladimir Putin formally dividing the region into two separate federal subjects of the Russian Federation the following month. Since then, Crimean Tatars have continued their struggle for Ukraine's territorial integrity against Russian occupation.

Umerov also noted that the Friendship Group will pay a visit to Turkey this month, emphasizing strategic partnership between Turkey and Ukraine. “We will have high-level meetings this year as well. Our relations are not only based on the Crimean Tatar Turks, but we also have a strategic partnership,” he said.

The economic, defense and diplomatic relations between Turkey and Ukraine have greatly improved especially in recent years. While the two countries agreed on developing numerous defense projects, they also work to boost bilateral trade initially to $10 billion (TL 74 billion) and then to $20 billion, significantly higher than the $5 billion seen in 2019.