'Cyprus sides should be recognized as equal for progress in talks' 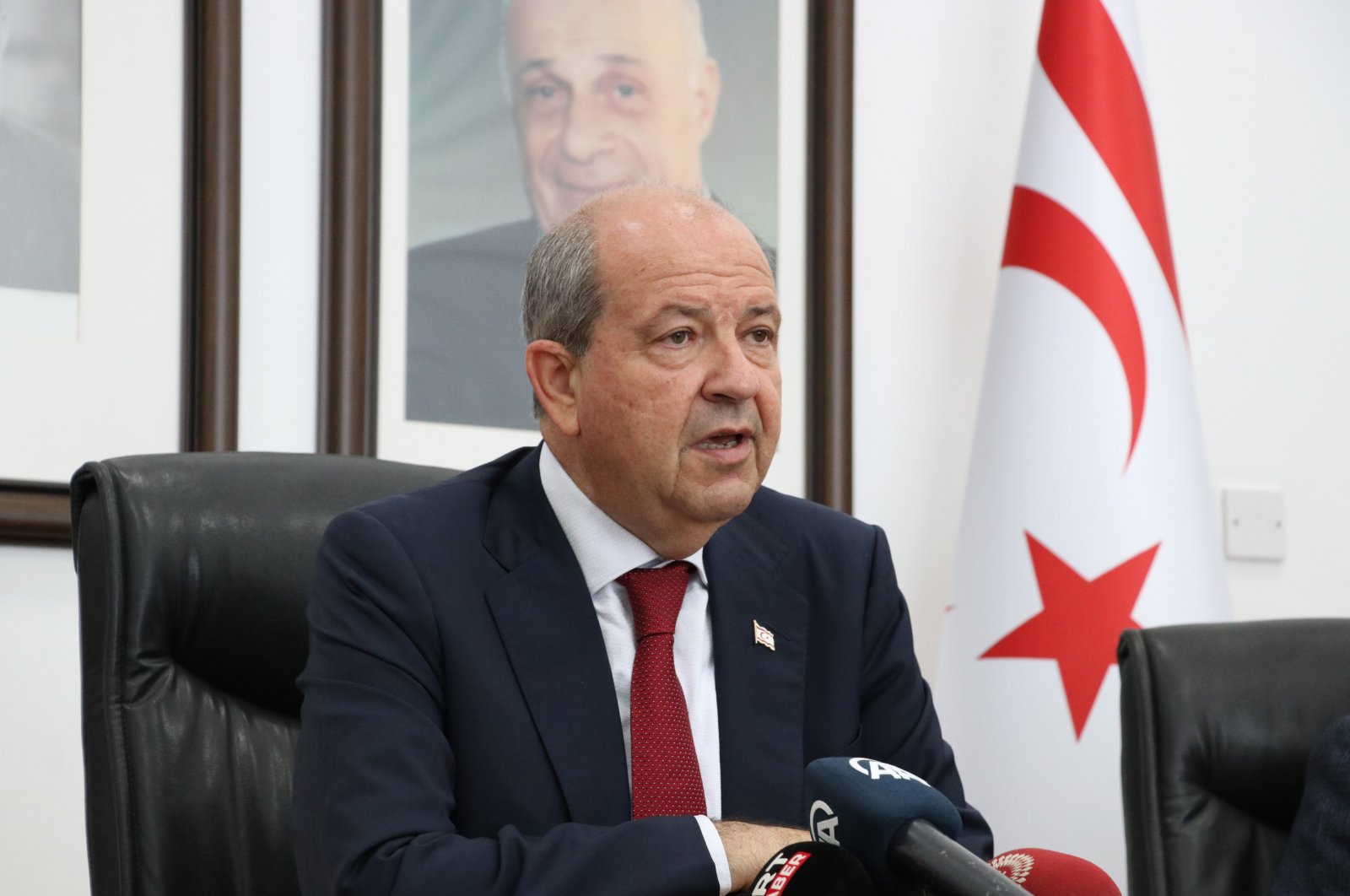 Both sides on the island of Cyprus should be recognized as equals for reinitiated official negotiations on the Cyprus issue, the Turkish Cypriot president said on Thursday ahead of a meeting with the United Nations chief.

"Only with the acceptance of our equality, the provision of a status of international equality, and on the basis of sovereign equality can official negotiations begin (on Cyprus) and then, it will be possible to discuss important issues," President Ersin Tatar told reporters before a trip to Brussels to meet U.N. Secretary-General Antonio Guterres on Friday morning.

Turkish Cypriots will never accept an imposed settlement or be coerced into accepting any particular solution, the president of the Turkish Republic of Northern Cyprus (TRNC) said, adding that the Turkish Cypriot side has been engaged in a struggle to protect their equality.

"It's obvious that an agreement won't be reached on Cyprus as long as talks aren't carried out between two equal states," said Tatar.

Referring to recent remarks by Greek Cypriot leader Nicos Anastasiades ruling out the possibility of his side accepting the Turkish Cypriot demands for sovereign equality, he reiterated that the TRNC intended to stick to its position on a solution to the Cyprus problem.

Reiterating that Turkey fully supported the TRNC and adopted its position on the matter, Tatar highlighted the clarity of the Turkish Cypriot's policy.

"Our position is clear. We demand that our equality and international equal status are recognized. The TRNC will continue to exist with its institutions and establishments," he said, adding that the Turkish Cypriot side was expecting fairness from Guterres and for the U.N. chief to grant Turkish Cypriots their rights.

Tatar on Friday met with Greek Prime Minister Kyriakos Mitsotakis and Guterres in Brussels to discuss the Cyprus issue.

On Tuesday, Tatar and Anastasiades had separate meetings with Jane Holl Lute, the U.N. special envoy on the Cyprus dispute.