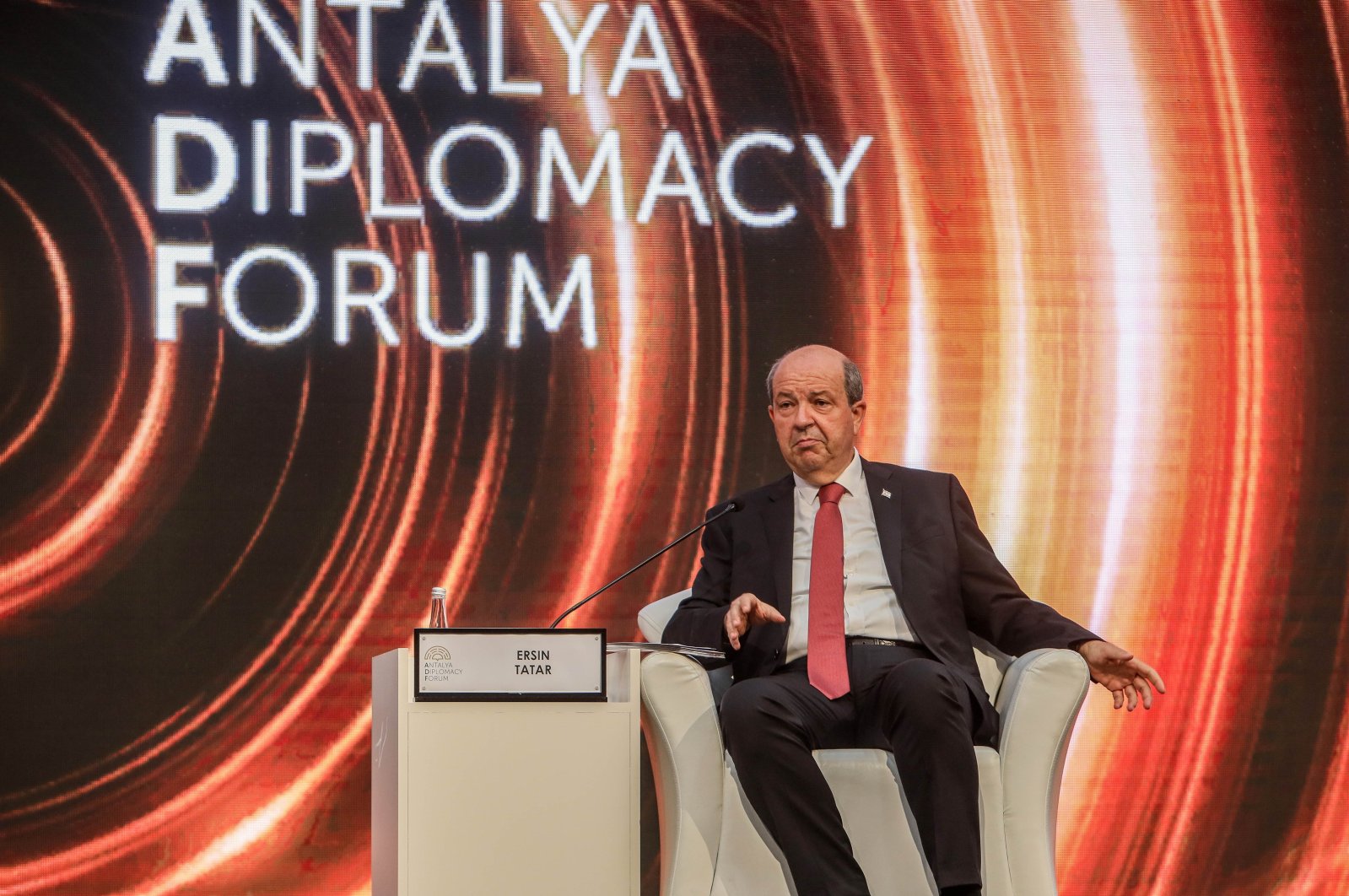 Underlining that the Greek side still perceives Cyprus as a Greek island, Turkish Republic of Northern Cyprus (TRNC) President Ersin Tatar on Sunday urged the international community to take action for changing the status quo on the island to guarantee the rights of the Turkish Cypriots.

Tatar once again underlined the TRNC's stance to back a two-state solution and described the federal solution as a dangerous road.

Tatar underlined that the whole world saw how the Greeks were oppressive and added that the Greek side gives different messages inside and outside.

"They are giving speeches that state Cyprus is Greek and will be Greek," he told.

Addressing reporters before leaving Turkey's Mediterranean coastal city of Antalya, Tatar also urged the international community to take action to change the status quo in Cyprus to guarantee the rights of the island's Turkish Cypriots, as he said: "The equal international status and sovereign equality of the Turkish Cypriots must absolutely be recognized for a change in the current status quo."

"When you explain the realities of Cyprus, it is certain that the state parties will sympathize with the position of the Turkish Cypriots at the current stage. But sympathy is no longer enough. We expect action," he added.

Tatar said that during the Antalya Diplomacy Forum, he had the opportunity to explain to the heads of state and foreign ministers of countries details of the Cyprus issue, the position of Turkish Cypriots and the new policy put forward by the Turkish side at informal talks held in Geneva in April.

Turkish Cypriots are in favor of "the new policy," a two-state solution, on Cyprus as decades of negotiations for a federation failed to resolve the Cyprus issue, Tatar told Anadolu Agency (AA) on Saturday on the sidelines of the weekend's forum in Turkey.

Debates of global importance were analyzed in-depth during the forum, including the Balkans, the future of Europe, trans-Atlantic relations, refugees and migrants, and the threat of terrorism.