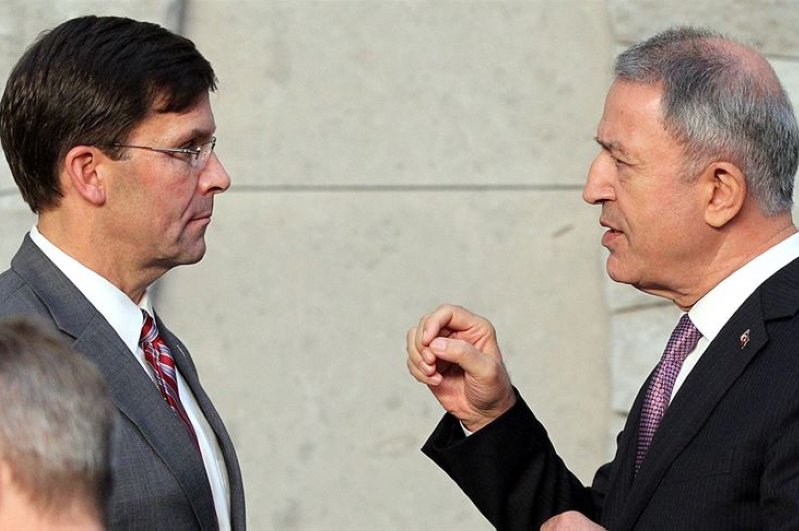 Turkish Defense Minister Hulusi Akar and his U.S. counterpart Mark Esper discussed the latest situation in Syria's Idlib on Thursday, according to the Defense Ministry.

In a statement, the ministry said Akar and Esper held a phone call. They exchanged views on finding a solution to the Idlib conflict, as well as bilateral and regional defense and security issues.

Esper later added on Twitter that he and Akar discussed the Russia and Iran-backed Assad regime's brutal aggression in Idlib; the resulting humanitarian crisis and Libya.

"We are exploring ways the U.S. can work together with Turkey and the international community," the U.S. defense secretary added.

More than 1 million Syrians have moved near the Turkish border due to intense attacks.